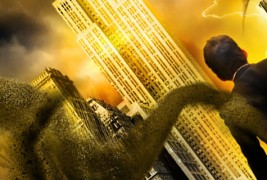 When the CIA needs to track down the digital clones of a megalomaniacal mad man who has seized control of the world’s computer systems, they call in his old teammates to track him down and ghost his pixelated ass.

This team isn’t the Ghostbusters’ IT department; they’re MI37 headed up by a group of independent agents who dabble in magic, monster murder, and political intrigue.

Anti-Hero by Jonathan Wood is the third book in the Arthur Wallace No Hero series. The series begins with No Hero, continues with Yesterday’s Hero and brings about the apocalypse by the time you get to Anti-Hero. 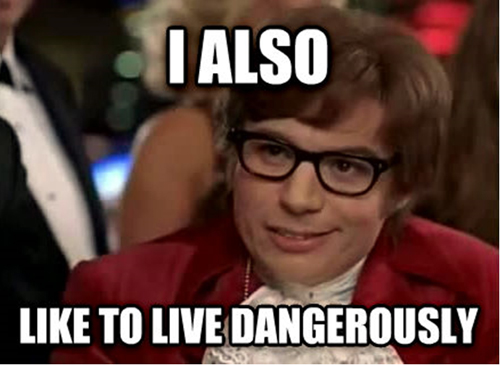 The story begins with the funeral of Clyde, a master magician and the former partner of Arthur Wallace and his MI37 crew. Clyde’s “meat body” might be dead and useless, but his spirit is alive and well in the form of a digital consciousness that’s made copies of itself and is attempting to destroy the world. It’s a little bit like Transcendence if Johnny Depp was replaced by Russell Crow from Virtuosity.

Anyway, things go sour when the funeral turns into a scene from Maximum Overdrive with Clyde’s digital consciousness sending cars and drone aircraft swarming into the graveyard. After the team escapes that ordeal, a classy Brit by the name of Duncan Smythe strolls into their HQ and briefs them about Clyde’s digital clones and how the CIA needs MI37’s help to destroy them. Thus, begins the plot.

So the MI37, headed by Arthur Wallace, Felicity, Kayla and Tabitha (Clyde’s ex-girlfriend), go on a wild adventure that leads them to the Big Apple, Area 51, good ol’ Mexico where they stop off for a couple shots of tequila, and they eventually end up doing some touring in the Artic, but of course, no wacky spy adventure would be complete without alien, fungi, zombie-mushroom spores!

On the whole, this is an action story that’s like some hybrid between the shows Supernatural and CSI: Cyber set in World War Z. In other words, it’s a strong mix of magic, mayhem, and modern tech.

There’s also a strong ensemble cast in this story with a main character who has the world turned upside down around him, page after page. The plot is filled with action and for a 480-page book it’s a surprisingly fast read. Most of the chapters read like their own mini disaster-flick and there’s a nice blend of spy-tech sci-fi and alien zombie massacres.

However, unlike some of the books I’ve reviewed, I didn’t find Anti-Hero’s backstory to be easily understood. Even though the story has the events of the past books peppered throughout the dialogue and plot, this is definitely a series you need to start reading from the beginning. If this is the type of story you dig, I would highly recommend picking up No Hero and Yesterday’s Hero to fully immerse yourself in the world Jonathan Wood has created. Picking up Anti-Hero without picking up the first two books would be like trying to understand Saw by starting with Saw III.

Wait…that paints the wrong picture. It’s not nearly as confusing as the Saw franchise, but the story’s climax loses its full effect if you haven’t read the first two books because there are a lot of drastic departures in the story Wood constructs with Anti-Hero from the other books in the No Hero series.

Nevertheless, as its moniker would suggest Anti-Hero lacks the conventional heroics and plotlines you’d find in other zombie disaster stories or sci-fi cyber-crime tales. It’s a wonderfully bizarre take on a cross-genre action series that would make a fantastic miniseries on Television like some kind of Michael Bay inspired, adrenaline-fueled addition to the CSI franchise: CSI: Alien Cyber Division?

Anti-Hero is available from Titan Books. 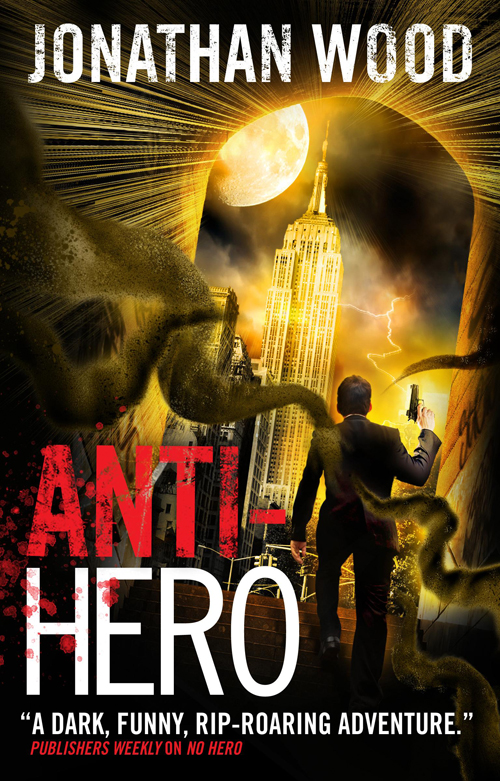