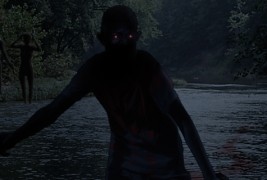 Chris Philbrook is the author of the internet phenomenon and breakout series Adrian’s Undead Diary. This sprawling zombie epic is available in paperback, on kindle, as well as online in its complete form at www.adriansundeaddiary.com. Adrian’s Undead Diary follows Adrian Ring whose life descends into disaster when a plague brings forth legions of the undead and even more dangerous people struggling to survive. Adrian retreats to Auburn Lake Preparatory Academy while attempting to rescue his family and friends. And as if all these challenges weren’t enough he also feels his sanity begin to slip from him.

Chris Philbrooks’s first book, The Wrath of Orphans is the first in the dark fantasy Kinless trilogy. Each of his novels has an average rating of over four stars on sites such as Goodreads and Amazon. As if all this wasn’t enough, Chris is also the owner of Tier One Games LLC and a damned nice guy to chat with if you bump into him at a signing or comic shop. Please read on, Horror Fans….

Ravenous Monster: Where did the concept for Adrian’s Undead Diary come from?

Chris Philbrook: The darkest places imaginable. The minds of a bunch of 14 year old boys. No, seriously. My buds and I grew up staying up late on the weekends powering through 2-liters of Mountain Dew while playing D&D and watching the old Romero movies. When we tried to sleep at the end of the night we’d stare at the ceiling and plot and plan for what we’d do in the event of a zombie outbreak. A lot of the AUD storyline comes from some of the ideas we hatched back in the early 90’s.

RavMon: The series is written in a first-person diary form. How much of Adrian’s voice is your own?

CP: Quite a bit. In order to write as much as I knew AUD could be, I felt writing in first person would be easiest for me to maintain, and writing someone with the same sense of humor as me would entertain me as I wrote. Much of Adrian’s foul mouth and questionable sense of humor is straight from me. Of course we differ in the paths we took in life, and our stories are quite different otherwise.

RavMon: You’re currently five volumes deep into Adrian’s Undead Diary. Is there an end point you’ve been working toward, or will you know Adrian’s Journey has ended when you reach it?

CP: AUD as it was written online stretches to eight total books. Since ending it online and transitioning to the printed/Kindle page I’ve been doing new edits and rewrites adding to the storyline where I failed it initially as a writer. I’m happy to say the second (or is it the tenth, I lose track) chance I’ve gotten here has allowed me to add more than 18,000 words to the story, with plans to add maybe 10,000 more before I’m happy. I’ve also said that once I wrap up all my edits for AUD 8: Cassie, I’ll be working on a new trilogy set in Adrian’s world. I haven’t quite announced what it’s about yet, but the ideas are percolating and that’s a good sign.

RavMon: The Auburn Lake Preparatory Academy map at the beginning of each volume is a cool way to help your audience visualize the layout of Adrian’s setting.   Does your background with table top role playing games come into play when world building?

CP: Daily. When I sit back and take a look at what I do and how I do it, so much came from years and years of rolling dice and being a DM/GM. Organizing story arcs, writing campaigns, drawing maps, and then spending hours and hours explaining it live to my friends and fellow players honed my ability to be concise and yet entertaining at the same time. Without Dungeons and Dragons there would be no writing career for me.

RavMon: The Wrath of the Orphans in the first book in your Elmoryn’s The Kinless Trilogy, jumping into the fantasy genre. Do you approach this project’s differently? If so how?

CP: I definitely do. It’s radically different from AUD, which makes it a total change of gears. It’s fantasy, with entirely different rules and has magic. All the rules have changed from the modern day setting, and I need to do a lot more exposition simply to set the stage for the characters, let alone write what the characters are doing and experiencing. Elmoryn was originally started as the setting for a role playing game and when I write the novels set in that world I’m trying to remain truthful to the game I designed initially. Each spell cast by a character in the book has a matching spell in the game, for example. I try to entwine the two projects as much as I can while still letting each shine on their own. My hope is to one day finish the role playing game and see that through to production.

RavMon: The horror genre’s starting to make a comeback and gaining more mainstream acceptance after being seen primarily as B-grade genre material. How do you feel this will impact the books, movies, and comics that are coming out?

CP: I think between the Twilight craze, and then True Blood, followed by The Walking Dead, we’ve seen a resurgence in the interest in the genre. As a writer primarily most well-known for his horror work, that’s a good thing for me. I do worry that the market will be too flooded soon and there won’t be any air to breathe. I know since AUD went live there have been at least a hundred novels released in the same genre to mixed reviews, and pretty soon there won’t be any original ideas left. As we know, copying a good idea only works for so long. People crave something new, something fresh, or at the very bare minimum, a new take on an old idea. 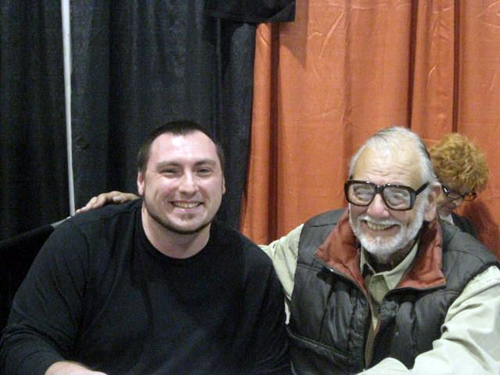 RavMon: Personally what was the most influential zombie book or movie to you as you developed your own dark worlds? What was it about this work that reached out with a cold clammy hand and grabbed you?

CP: The original Romero Dawn of the Dead is probably the movie we watched most growing up and left the biggest mark on me. It defines what I see as the zombie genre, though many other great films and books have been released since then. Something about the pure consumer aspect of the land/property-grab appealed to me. The chaos of getting ALL THE STUFF made me realize just how obsessed we all are with our material lives and how little it actually would matter if things in the world changed. A lot of writing in AUD is critical of how shallow our society is and I am a very guilty member of that society.

RavMon: What in your mind is the best horror flick of the last 10 years?

CP: That’s a damn good question. To be honest, the Blair Witch Project was shockingly frightening due to its raw simplicity. It’s all cerebral. It’s all in your head. The demons imagined are worse than the demons seen sometimes. I also think the 2004 remake of Dawn of the Dead was really well done. I’m also a HUGE fan of the film Session 9 for the psychological aspect of it, as well as Frailty. I have never really been into monster movies or the slasher movies, so those don’t very frequently rate high with me.

RavMon: How about the best horror novel of the last 10 years?

CP: I couldn’t tell you a single novel that actually scared me that was written in the past ten years. Sadly that’s true. But that’s also due to the fact that I just don’t scare anymore. Do enough research needed to write a good horror novel and other novels pale in comparison to the real world. Sad but true. Here’s this though; I love Joe Hill’s work. His last three novels were all terrific reads and I suggest them to anyone who wants a well-written and original book that’ll tingle your spine. I think it’s also important to recognize that books outside of the genre can be frightening. Marcus Luttrell’s true story Lone Survivor is a horror tale about being the last person alive in his unit in Afghanistan. Can you imagine a greater horror than watching your three best friends be killed then have your body demolished as you’re forced to leap off a cliff to avoid being shot? Now that’s a horror story.

RavMon: How fucking cool was it to meet George A Romero?

CP: Completely fucking cool. I waited in line for two hours at the 2010 Rock n’ Shock convention to meet him and I wound up hanging with him for nearly 15 minutes and pissing off everyone behind me in line. He was totally cool, completely chill, and was a huge inspiration to start writing in the horror genre. He’s a cool cat.

RavMon: Do you have anything else coming down the pipeline you’d like to share with Ravenous Monster?

CP: I would love to share some awesome news with Ravenous Monster. I’m a generous writer! I’ll even give you a smidge of an exclusive. So I mentioned earlier that with the horror market flooded it’s important to do something new and original. I also think it’s important to diversify. I think being in a single genre or two is fine, but being able to write in three or even four genres is better.

In late April I’ll be releasing my first novel in the urban/contemporary fantasy genre! It’ll be titled Tesser: A Dragon Among Us. It’s about an ancient and powerful dragon that awakens beneath the city of Boston and everything he knew before he slumbered has changed and he wants to know why… I wrote and released Tesser through most of last year on the website for it, allowing readers to read and critique it for free and I’ve spent the winter editing, adding, and editing some more, and now it’ll be in print and on the Kindle hopefully around April… let’s say the 25th or so. I’m incredibly excited for Tesser because I honestly feel that it’s my best work ever and entering a new genre for me is like waiting to open presents on Christmas Eve. Good stuff.

What’s the exclusive you ask? GREAT QUESTION. I’ve been struggling for months now knowing full well that I want to write more novels set in the strange universe I created in Tesser. The struggle lies in the fact that I didn’t know how to label any other novels in the setting. Let’s be honest; the subtitle “A Dragon Among Us” doesn’t work when you say it’s “An A Dragon Among Us Novel.” Does not roll off the tongue.

However, I’ve settled on a spiffy series moniker. Tesser will be the first novel set in the Reemergence series. I’m hoping to write as many as six more books in his world and giving them a strong title like Reemergence says a lot about the world and a lot about what’s happening in it. 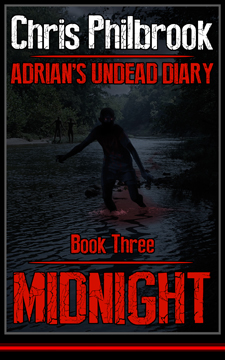