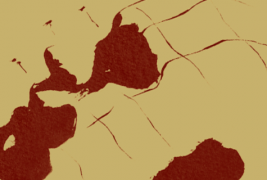 Clive Barker has gotten the band back together. The Scarlet Gospels is his first full-length adult novel since 2007’s amazing Cold Heart Canyon, and brings two of his favorite and best known characters together. The Hell Priest known as Pinhead and the noir-influenced paranormal detective Harry D’Amour. Each of these characters brings with them a long and intricate mythology. Harry D’Amour first arrived on the scene in the short story “The Last Illusion,” as part of Barker’s Books of Blood series. He appeared again in Everville, the sequel to The Great and Secret Show as well as the Barker written and directed Lord of Illusions. And despite the films flaws, I’m a huge fan of this movie.

The Hell Priest known as Pinhead and the Lemarchand configuration were first introduced in the novella The Hellbound Heart and expanded upon in the Hellraiser film series. If you have not seen the first two films in this series, go now…seriously, this review will be waiting for you….

The Scarlet Gospels is a book I’ve been waiting for since it was first teased many, many years ago, and I honestly believed it would never be finished or published. When reading this book I tried to have realistic expectations, especially since Barker has not published straight horror in quite some time. I was also concerned if Pinhead could still be a scary, intimidating figure after decades of exposure. Was this the best Clive Barker novel? The answer is no. However, if you’re a fan of the man’s work I would strongly recommend picking up this book.

The first chapter introduces new readers to Pinhead, while giving longtime fans a melding of the worlds that make up the Hellraiser franchise and The Lord of illusions film. I was immediately drawn in and also impressed with how imposing a figure Pinhead could still be in the correct hands, his creator’s hands. Readers are also teased in this chapter with what Pinhead’s motives are, which will compose the mystery that Private Detective Harry D’Amour is trying to solve.

When Harry D’Amour is introduced in the next chapter, Barker switches gears to pulp-noir and the early investigative elements are some of my favorite moments of the book. The supernatural elements are present, but not overwhelming, and Harry’s settings of New Orleans and New York City help to give a gritty grounding to the book early on.

When D’Amour and Pinhead come face to face it is great, initially. The problem lies in that it happens too early in the book, which brings less tension to their continued face-offs. The tension is also lessened by the increasingly fantastical elements that build throughout the book, which literally takes place in a well-defined and realized Hell dimension. Clive Barker’s vision of hell is everything you’d expect from the man, however he could have taken a lesson from H.P. Lovecraft and maintain some mystery to the environment so that we fear what might be in the shadows rather than knowing exactly what’s lurking there.

The Scarlet Gospels feels like it was written consciously for Barker’s longtime fans. And while this is great, it lacks the splatter-punk attitude and shock that marks the author’s early work. This isn’t a bad book by any means and it carries with it all of Clive Barker’s trademarks. The only fault I can find is it never quite feels like it’s willing to take the risks that novels such as Sacrament and Cold Heart Canyon do. If you’re a fan of Barker, read this book. Just remember that when you return to the well, the water never feels as fresh as it did the first time. 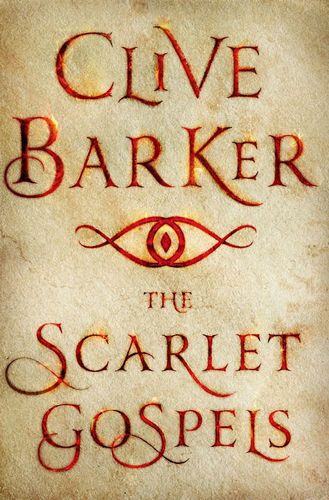