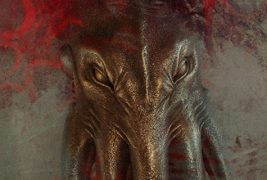 Cthulhu Lies Dreaming is an anthology of Lovecraftian short stories from Ghostwoods Books edited by Salomé Jones. She had previously edited the well-received Lovecraftian anthology Cthulhu Lives, reviewed here last year by a most notable and modest writer of great literary prowess (Me). Is this new anthology another hit for Jones, or will it sink into the depths like the lost city of R’lyeh?

This anthology is comprised of twentyy-three short stories from a great variety of authors. Many of whom are familiar, but not all, which is quite fortunate since it exposes one to new, exciting authors. It’s obvious that this is a genre Jones cares for greatly; to put together a collection as good and well-arranged as this one takes true dedication.

The styles present in Cthulhu Lies Dreaming range from epistolary stories to straightforward third-person and first-person narratives. While not every story is a masterpiece, all of them are fun reads and take the mind into the yawning gulphs of cosmic horror. The vast majority, however, are downright fascinating. To wit, this humble scribe’s favorite is “Service” by Lynnea Glasser.

Most interesting, Glassner’s story is a second-person story. It’s set in the decaying seaside mansion of two eccentric scientists, and told from the point of view of a young maid (the only help at the house) who goes about her duties most begrudgingly. The two gentlemen are obviously partaking in experiments that seek to rend the veil between worlds. For their final experiment, they are assisted by a renowned scientist in the field of trans-dimensional terror. The results are, of course, disastrous.

Glassner expertly captures the young woman’s thoughts, from the mundane to the horrified at the same as the experiment unfolds.

This is just one of the stories. There are many, many more that titillate the mind into strange, fantastical regions of the imagination.

If you’re a fan of all things eldritch and inspired by the Bard of Providence, do pick up this anthology and read it through and through. It’s well worth it. 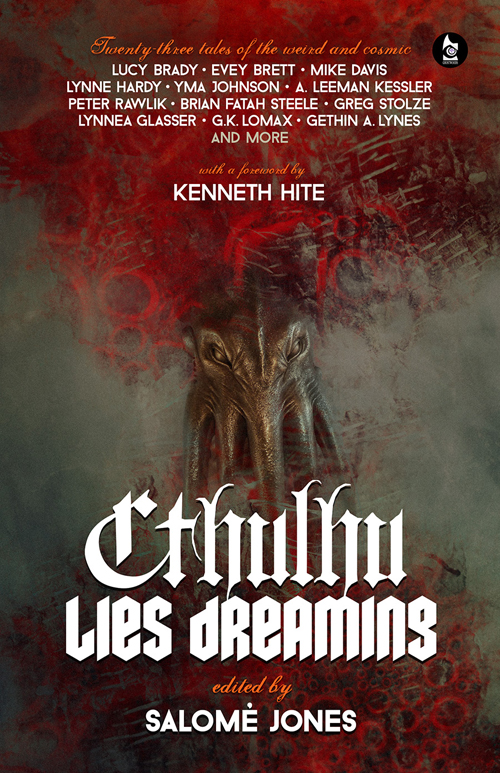