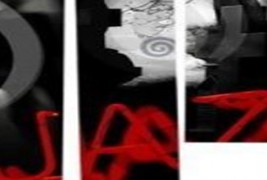 Who can lay claim as the first nation of horror? Although history is littered with classical works and cultures that felt a thing for the macabre (according to old Howie Lovecraft, fear is the most fundamental human emotion known), two nations in particular stand out as the primary purveyors of all things malevolent.

On the one hand, we have the U.S. Taking a cue from the Grand Guignol-inspired aesthetic gore of turn-of-the-century Paris, most American horror has blood on its hands…literally. Even our great American texts of academically-acceptable horror have a wee bit of the red paint (Hawthorne’s seven-gabbled abode dripped blood, after all). For the British, such visceral depictions are grotesque and they are regarded as being cheap in comparison to atmospheric fogs and somber, crumbling castles. Now I am obviously being too simple here, and I am quite aware that there are genteel American horror maestros and blood-drinking Brits. But, on the whole, British horror tends to lean towards Gothicism, a homegrown product.

But what about transatlantic pairings, you might ask? Can’t Gothic books do a little giallo dance every once and a while? Yes, they can. Do they often? A most emphatic “no!”

Guy Adams’s latest book, entitled Deadbeat: Makes You Stronger, is a transatlantic exchange, but not of the grisly sort. For Mr. Adams, an author with over twenty books to his credit, the point of intersection between John Bull and Uncle Sam is jazz. In keeping with a tradition that goes back to the expatriate days of 1920s France, Adams reaffirms the European love of American jazz in Deadbeat, a quick novel that presents two seemingly aging British men and their love of Blue Notes’s best. These two chaps – Max Jackson and Tom Harris – are former actors and hangers-on in the theatre world who often find themselves drinking their nights away at Tom’s jazz establishment called Deadbeat.

“Deadbeat” is an apt way to describe the lives of Tom and Max before the beginning of the novel’s action. Before they unwittingly stumble upon the still-breathing “corpse” of Natalie Campbell as it is being manhandled into the back of a transit van, Max and Tom are your basic middle-aged men, with some quirks thrown in for flavor. For starters, Tom is a blog writer who principally focuses his gift of gab on his two musical passions – classical and jazz. Max, the more prosaic of the two, has a fondness for the novels of James Herbert and a begrudging love for his dumb dog Jamie. Essentially, Max and Tom are your everyday codgers with their set interests and their own ways of going about life.

But there is something more to these two. Their unquenchable thirst for adventure, which is established at the very beginning of Deadbeat, runs towards the daredevilish, and, as you find out later in the novel, there is an understandable reason for Max and Tom’s disregard for life and limb. SPOILER: they are both dead. No, they are not “dead” in the way that Krzysztof Kieślowski’s Witek is dead throughout 1981/1987’s Blind Chance, nor are they Romero-esque deathless perambulators hellbent on human flesh. Rather, Max and Tom are refined reanimates who cannot fully explain why they came back from, to quote The Accüsed, the wrong side of the grave.

Max and Tom’s perpetual afterlife doesn’t bother them too much, and they have a splendid cast of supporting characters to aid them in their endless years. There’s Len, a reanimate ally who tends Deadbeat with more diligence than the bar’s owner. Not to be outdone, Max and Tom are protected by Douggie, a fellow reanimate and a Glaswegian homosexual who routinely uses his lifestyle as an instigator for fisticuffs. While Len and Douggie mostly concern themselves with Deadbeat, the idiotic, yet charming twosome of Carl and Dave provide not only extra muscle, but a little bit of levity as well. Rounding out the central background cast is Jeffrey Thackeray, reanimate doctor who is the quintessential British gentleman-scientist, and Charlie Babbage, a two hundred year-old reanimate with a soul like a Victorian grandfather and a knack for computers.

This kaleidoscope of characters is reminiscent of Nero Wolfe’s lengthy list of helpers, and both Guy Adams and Rex Stout do a fine job of fleshing out and giving substance to those characters who swarm around (or in the case of Nero Wolfe, orbit) the protagonists. For Deadbeat, this focus on character studies is necessary, for the novel’s plot is rather flimsy. Very quickly, Deadbeat is about Max and Tom’s quest to halt the nefarious plans of Sure Future, a wicked insurance company who gains most of its income from the undertakers Lloyd & Bryson. At first, the Lloyd & Bryson burial boys seem like cheap punks, but as the novel slowly unveils itself, it reveals that this criminal insurance agency and false funeral outfit are in the harvesting game – organ harvesting to be exact.

Sadly, this scheme for the cultivation of livers, kidneys, and other assorted human necessities is crudely sketched, and the villains of Deadbeat – Dr. Herbert Snowden, Mr. Lloyd, and Mr. Ackroyd – are a milquetoast lot who aren’t all that interesting. If you are looking for an engaging and thought-provoking battle between the equally appealing forces of good and evil, then you should invest in Milton’s Paradise Lost. If nothing else, Deadbeat is an excruciatingly fun depiction of its two main characters, with or without all the hoopla over detection. Indeed, the London organ thieves are far less unnerving than Derek Farmer, a sexually depraved rural bachelor from Max’s past. Likewise, the book’s presentation of present action pales in comparison to its historical digressions, all of which are presented by Deadbeat’s revolving cast of narrators.

It is fitting then that Deadbeat should be so wrapped up in the stories of its people, not the overarching plot of its construction. If it were, then Deadbeat would be a miserable failure. Organ thieves are plenty frightening in the real world (especially if you live in a part of the world wherein the previous generation remembers red textbooks with Lenin, Stalin, or Mao on the covers), but they feel like bumbling amateurs who couldn’t scare a cat in fiction. No, Deadbeat’s pulse lies in its constant examinations of its various voices – some funny and some fearsome. Deadbeat is not a horror novel in any real sense, so it might be out of the purview of the many readers of this publication. Deadbeat is a fine novel though, and its comedic take on the supernatural is schlock full of thrills, spills, and the occasional British-isms.

Deabeat: Makes You Stronger is currently available from Titan Books. 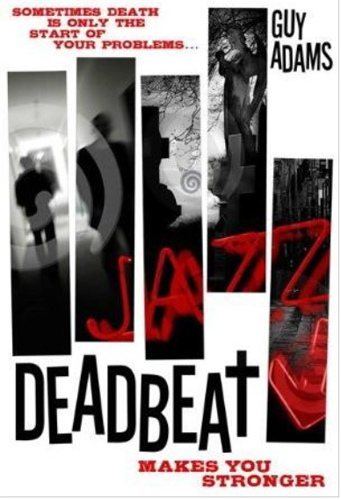