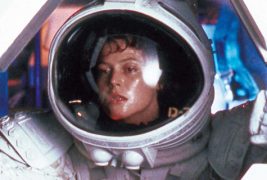 If you run in the circles in which I run, chances are you’ve been asked whether you prefer Star Wars or Star Trek at least once. The only answer to that question, of course, is Alien. Alien is such a part of our culture that it can be easy to forget what a revolutionary movie it was and, in many ways, remains.

Despite spawning a franchise, the entries of which range from great (Aliens, and, yes, Alien 3—fight me) to abysmal (Aliens Vs. Predator), I can of few other films that have managed to break conventions as creatively and powerfully. Where you’d expect Jedi knights and Federation wunderkind, Alien gives us blue collar laborers under the thumb of an uncaring corporation. Instead of a Buck Rogers-esque action hero and his space princess, we get Sigourney Weaver’s breakout performance as the tough but believable Ellen Ripley. The spectacle of Everywoman Ripley versus H.R. Giger’s seemingly invulnerable Xenomorph, her coworkers winnowed down by its depredations, fit right in with the zeitgeist of the Women’s Lib movement. Really, you could think of Alien as Night of the Living Dead in outer space.

J.W. Rinzler’s The Making of Alien, from Titan Books, delves into the film’s creation from first conceptions to a rundown of its sequels. Rinzler’s beautiful, full-colored book is an exhaustive, fascinating look at the movie’s creation. As with any good “making of” book, Rinzler has something of interest to every fan, from casting (Weaver, a classically-trained actress and graduate of the Yale School of Drama, was wary of the idea of even appearing in a science fiction film) to bits of earlier script drafts (the alien was originally conceived of as a humanoid octopus). Of greatest appeal to me was seeing the evolution of the set and monster designs, with some stunning early concept art by the talented but then relatively little-known Giger, who took the interesting but fairly conventional visuals director Ridley Scott was working with and transformed them into the iconic biomechanical look of the Xenomorph and its facehugger progenitors.

The Making of Alien functions both as a straightforward story that can be read back to front and a book that can be skipped through and read at random—no mean feat, given the amount of research Rinzler did to make it happen. While I would like to have seen more about the franchise Alien spawned (especially since Aliens is that rare movie—The Godfather II is the only other one I can think of—in which the sequel stands up to the original), in a book that already covers the scope Rinzler’s does, cuts have to be made somewhere.

While I can’t recommend The Making of Alien highly enough to fans of the movie, it’s also an interesting look into the creative process, shedding light on the creation of one of the greatest films of all time. Rinzler and Titan have released a top-quality book that should interest any fan of horror, science fiction, or good film in general. 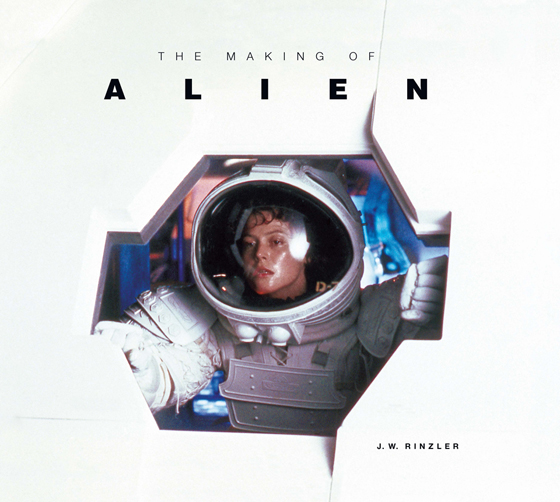