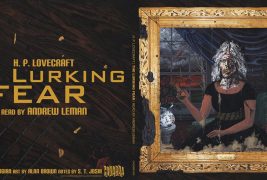 Greetings, humanoids! Those of you who have been following Ravenous Monster for a while now may have already checked out some of my reviews of Cadabra Records’ macabre products. In the past, I’ve looked at their vinyl release of H.P. Lovecraft’s “The Hound/The Music of Erich Zann” and also Lee Brown Coye’s “Where Is Abby? And Other Tales.” At last, we have a quality record label devoted to spoken tales of fear released in handsome packaging.

Cadabra seems to be picking up steam and releasing new terror tales on a very regular basis. Recently we have gotten “Inferno,” the first EVER spoken word performance of the great Clark Ashton Smith’s weird poetry. That poetry is read by none other than the ultimate Lovecraft authority, S. T. Joshi, whose deep tones are well suited to the subject matter. In addition to that EP, there is also a 7” EP “Halloween in A Suburb and Others,” a reading of some of Lovecraft’s more whimsical poetry.

The most ambitious and best of all Cadabra releases so far is their epic production of Lovecraft’s “The Lurking Fear.” The artwork and packaging of this classic is phenomenal and the reading by voice actor Andrew Leman is chill-inducing. There’s also an eerie electronic soundtrack provided by soundscape artists Theologian. Cadabra is on a roll!

I made it a point to visit label mastermind Jonathan Dennison in a nameless old graveyard somewhere south of Dunwich so I could ask him about the beginnings of the label and the tremendous plans they have for the future. In cheerful yet stentorian tones, he answered me and the result I now provide to you Ravenous fiends…

RAVENOUS MONSTER: Greetings, Mr. Dennison! When did you first get bitten by the horror bug? What was the first horror tale you can remember?

JONATHAN DENNISON: I’ve been drawn to this genre since my earliest memories. I was raised on the Saturday afternoon Creature Feature show on the west coast, Godzilla and Ultraman! Lovecraft hooked me into fiction. My first book I bought on my own was the Modern Library edition of Great Tales of Terror and the Supernatural, it’s pretty beat up but still have it.

RavMon: How did you first get the idea to do a spoken word horror label?

JD: A while back I obsessed over tracking down spoken word and radio shows on vinyl. I quickly realized that there’s hardly anything out there in the horror/weird genre.  A light bulb went off and I thought to put something together myself.  The Spoken Arts has been lost in the vinyl world for years. I knew if I treated and packaged it right, people would appreciate it.

RavMon: Your first release was “Where Is Abby?” by Lee Brown Coye, which was kind of an unusual choice. What led to that being your first effort?

JD: Lee Brown Coye was from my own backyard here in Central New York.  Originally when I was plotting my first record, I thought to collect a handful of stories on local folklore. Upon investigating, I learned that Lee Brown Coye had already done this. His son Robert Coye has all the stories collected as they appeared in a local paper.  One thing led to another and I talked Robert into reading these stories. 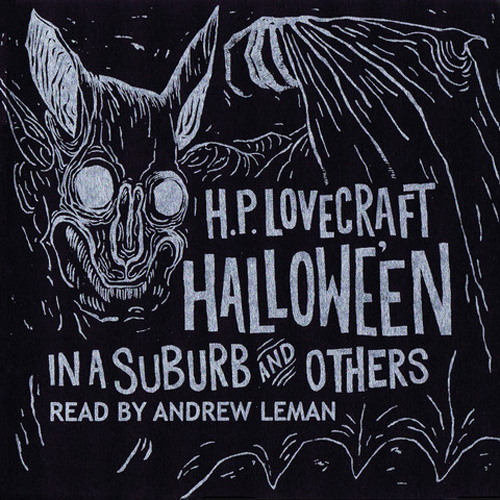 RavMon: What sort of criteria do you use to choose the tales you adapt?

JD: Primarily, I try to use stories which haven’t already been read on vinyl, if possible. Running time, of course, is a huge factor and, of course, it has to be a great story.

JD: Unless it’s a reissue of a classic spoken word record, all my releases forward will be scored.

RM: How did you hook up with Theologian and how involved will they be with future releases?

JD: I’ve worked with Dave Brenner on press and he approached me on the idea of doing sound for upcoming projects. Theologian has done an incredible job with these records so far, it’s been a great match.  I plan on working with Lee and Theologian as much as possible in the future.

RavMon: Would you ever consider hooking up with a major “horror sound” artist like Goblin or Fabio Frizzi to do a release?

JD: I’m actually releasing a 7” of Edgar Allen Poe’s “The Raven” read by Anthony Mann and scored by Maurizio Guarini of Goblin. One more very special project is in production with this same team as well!  Fabio Frizzi’s work is incredible.

RavMon: I understand you have a musical background yourself. Tell us more about that.

JD: I’ve spent half my life playing music, songwriting, and touring. Cadabra is a very cool way to still work with the music industry, but dealing with a genre that’s closer to me.

RavMon: I’m glad you’re doing the works of Clark Ashton Smith, who I consider the greatest poet of the weird. “Inferno” features small poems. Will you be doing larger works by Smith?

JD: Yes! A full length LP of Clark Ashton Smith’s longer prose poems is currently in production, also read by S. T. Joshi. Theologian is blowing my mind with incredible sound backing on these poems. This record will be very unique.

RavMon: What’s your favorite Lovecraft tale—the one that had the most impact on you? For me, it was “The Color Out of Space,” which has such an amazing atmosphere of approaching doom.

JD: Absolutely. I have different favorites for different reasons, there are a few!

RavMon: Some of Lovecraft’s works are definitely not politically correct in today’s climate. Is that something you take into consideration or is it of no concern?

JD: I have zero care about social political trends. Lovecraft’s work will outlast any of it.  Human beings are the most destructive life force on this Earth—by default this is who we are—history has proven this. Wishful thinking is only being naïve. 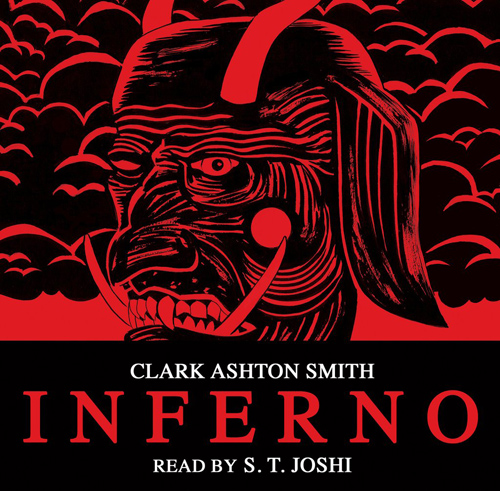 RavMon: How did you acquire the services of S. T. Joshi to read “Inferno”? What kind of advice was he able to give you on the Cadabra project?

JD: I originally approached him for notes on the Lovecraft series. I stumbled upon a reading of his other CAS works online and realized what a unique voice he has.  He was delighted to give it a shot when I asked to do a reading for me. The outcome was beautiful!

RavMon: Will you stay strictly in the “Weird Tales” era or will you venture into more modern or perhaps older works of horror? I wonder if we might hear anything by Arthur Machen or William Hope Hodgson, who influenced Lovecraft?

JD: I do have a project involving works of Roland Topor, which was written in the ‘70s.  I would love to do Machen and Hodge, but most of Machen’s works are too long to read for vinyl.  There will be plenty of upcoming projects that will diversify Cadabra.

RavMon: Will Cadabra stay strictly horror or will you venture into realms of fantasy, science fiction or maybe pure poetry?

JD: Strictly horror, weird, or historical. No interest in Sci-Fi or Fantasy.

RavMon: What are some of the upcoming release we should keep an eye on?

JD: Poe’s “The Raven” is next. Lovecraft’s “Pickman’s Model” follows.

RavMon: What sorts of special packaging and art do you have planned for the label?

JD: This is the fun part for me. For The Raven 7”, I’m using a clear vellum paper and clear vinyl with multi-layered art by Sam Heimer. The effect will be beautiful and unique!

RavMon: How would you define the essence of horror?

JD: I think it has different meanings for different generations.  I think the proper definition is the fear of the unknown, the unseen, the unnamable.  Someone just running around with a knife is just violence, not something of nightmare.

RavMon: Do you believe the unseen and unheard are more powerful than the explicit?

JD: Absolutely!  The movie The Witch is a great example.

RavMon: Any concluding words for followers of the spoken word?

JD: Cadabra has been a lone wolf in the record industry. Everyone’s support to date means the world to me.  A year hasn’t even approached. Things are moving fast. We have some really great talent involved with upcoming projects that will surprise a lot of people.  Thank you for the interview! 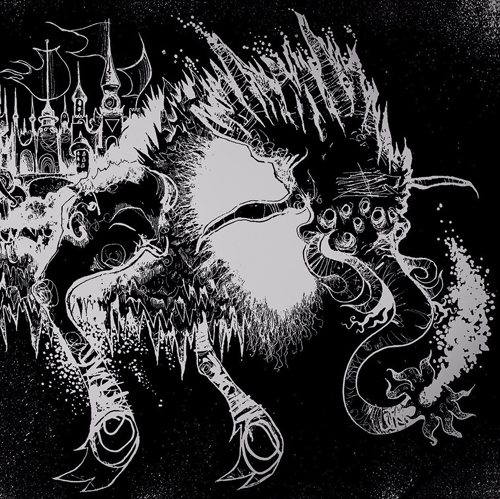