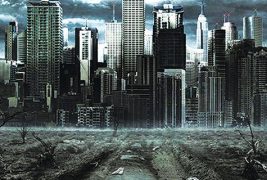 Alien abductions are almost always unpleasant experiences—take it from me. They are scary, fleeting, fragmented episodes that come back in waves of terrifying recollection. Thus, they are a great topic for any horror movie dealing with extraterrestrial life. Brian Ackley’s Alienated is a film about ominous UFO sightings and a crumbling relationship. The probing question is: Does the film abduct the viewer’s attention?

Nate and Paige are a couple seemingly caught in the tractor beam of a tepid marriage. He is a troubled painter attempting to deal with his own personal demons while she supports the household by working in some unspecified office capacity. As their joint life continues on its mundane path, Nate is transfixed by the frequent news reports showing footage of strange lights in the sky that one day make their appearance near the couple’s backyard. To top this off, a mysterious new neighbor suddenly appears.

Unfortunately, Alienated seems to completely ignore the awesome lode of material granted by a possible alien invasion in favor of an excruciating hour and a half of introspective character analysis. The film ends up being eighty minutes of a couple bickering, an almost voyeuristic invasion of privacy akin to getting caught in the car when your friends start fighting. It’s just as uncomfortable as it sounds.

The film feels like a failed attempt to resolve a long-simmering dispute between the creator and a lover from the past. It’s highly personal. Even worse, while the film attempts to portray Paige as the neglecting partner, one cannot help but wince at the relentless petty drivel that Nate spouts about his need for validation and support in his harebrained pursuits. Every word out of his mouth is a euphoric explosion of misunderstood Nice Guy.

Visually, the film disappoints. A couple of CGI, multicolored lights in the sky and some apocalyptic shots make up the entirety of the five minutes devoted to the actual alien element. Other than that, it’s mostly just following a brooder around broodingly brooding about things. Alienated lacks interesting composition, layered and nuanced shots, and esthetic appeal.

However, it must be said that Jen L. Burry’s performance as Paige is excellent. She completely immerses herself in the character and deftly portrays the put-upon wife in a stale relationship. She definitely deserves the awards for which she’s been nominated and has won.

Alienated was actor Taylor Negron’s final film before dying of cancer, and it’s unfortunate that it had to be such a poorly written character. What could have been an otherworldly performance is marred by clunky, shallow, quasi-mystical dialogue.

The almost complete omission of extraterrestrial action makes this overlong character study drag on. Perhaps this film will strike a chord with a certain group of people who feel they are vindicated in their emotional immaturity. Otherwise, it is difficult to fully endorse Alienated as a movie worth watching. 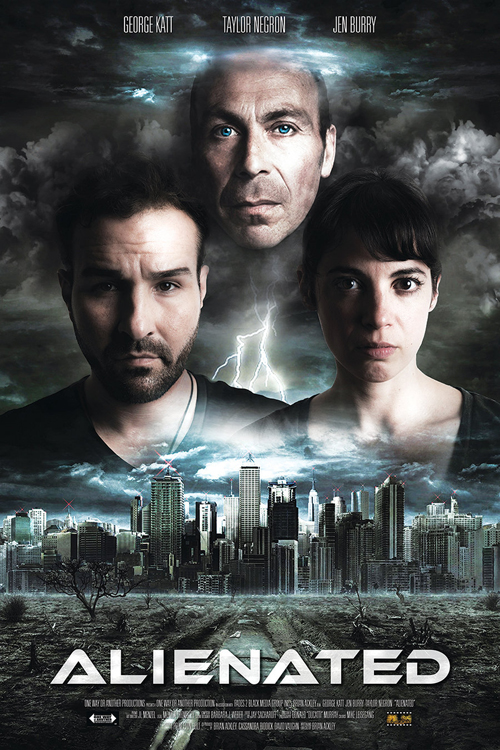