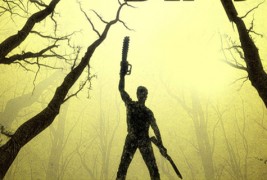 We’re currently experiencing the golden age of television. Beginning around 15 years ago with stellar original programming from HBO, a television landscape populated with outstanding, high-concept series soon took shape as other premium networks such as Showtime followed HBO’s lead, then basic cable channels like AMC and FX got in on the action, and now streaming services like Netflix and Hulu are offering topnotch original content. The risk and creative freedom that television offers has been responsible for a large number of A-list creative talent migrating from what’s become a very stagnant, profit-driven movie industry—one that literally takes no chances—to the very artist-friendly world of can’t-miss living room fare.

In short, TV is where it’s at.

Over this same timeframe, studio horror movies have been reduced to an endless stream of soulless, forgettable, and outright awful remakes. Throw into the equation the rise of multiple genre-friendly television networks—largely a response to the unmatched success of AMC’s The Walking Dead—and it was only a matter of time until one of the horror genre’s most beloved properties wandered off of the big screen and into our households.

When word got out that the Evil Dead franchise would be the first to make the leap, this reviewer was happier than a kid in a candy shop, or, more accurately, a kid in an ‘80s video store.

On Halloween night, 2015, Ash vs. Evil Dead premiered on the Starz premium cable network in what was the first of 10 half-hour episodes. The results were exactly what one should expect from a series about the Evil Dead universe orchestrated by the same people who brought us the over-the-top, iconic splatter flicks 30-something years ago.

The first season has run its course and in its wake a few things are clear. Television and movies are different breeds. Beggars can’t be choosers. And sometimes instant gratification is awesome. How’s that for cryptic? Let’s dissect this…. 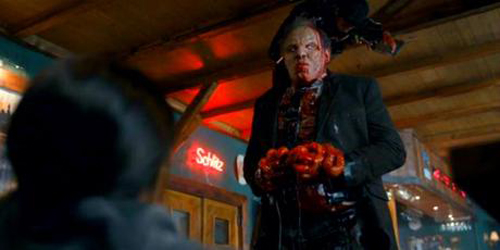 Ash vs. Evil Dead catches up with Ashley J. Williams (Bruce Campbell), the chainsaw-handed, smarmy anti-anti-antihero who—when not busy performing herculean feats of deluded naval gazing and working as a stocker in a big box store—could’ve at least hung his hat on the fact that 30 years ago he saved the world from demonic spirits called Deadites. However, these days Ash prowls the local dive bars telling more plausibly heroic if not true stories about how he lost his hand as, um…ham-handed attempts to seduce any barfly on the premises.

One night, while smoking dope and boozing it up with one of these barflies inside his doublewide trailer, Ash pulls out the Necronomicon—the book at the center of the Evil Dead mythos, bound in human flesh and used to summon the Deadites—and in typical Ash-fashion, he reads from it to impress the white-trash temptress du jour. It sort of works, but it also sort of unleashes Deadites back into the world.

So, after decades living anonymously, Ash is compelled to save the world once again only this time he has help from coworkers Pablo (Ray Santiago) and Kelly (Dana DeLorenzo).

While Ash, Pablo, and Kelly undertake their quest to figure out how to stop the Deadites, Special Agent Amanda Fisher (Jill Marie Jones) wants answers about the recent death of her partner. Meanwhile, Ruby Knowby (Xena’s Lucy Lawless)—the daughter of Professor Raymond Knowby and Henrietta Knowby whom fans will remember as the late Necronomicon scholars and owners of the infamous cabin in Evil Dead 2—is after the bad Book that essentially killed her entire family. And Ruby knows who has it. For both of these women, all roads lead to Ash.

After pursuing Deadite-infested dead ends, Ash and the gang head to the home of Pablo’s uncle who happens to be a shaman. Here Ash drinks a ceremonial elixir called Ayahuasca and trips balls wherein he proclaims his love for Jacksonville, Florida and gets told by his bearded dragon that he must bury the Necronomicon “…deep, deep below the place where your journey began,” …the cabin?

The cabin is indeed where these threads will converge and wrap up what is undoubtedly one of the strangest, sickest, silliest seasons of television ever, though not a perfect one. But that would be asking a little much, would it not?

Ash vs. Evil Dead takes place within the same aesthetic bandwidth as Evil Dead 2 which is the best place for it to reside along the horror/comedy spectrum established by the film franchise. The main players involved—Campbell, the Raimi brothers, and Tom Spezialy, have clearly taken care to get it right and that shouldn’t be overlooked because, let’s face it, if they had phoned it in, we’d all still be watching anyway, but we’d be having a lot less fun. 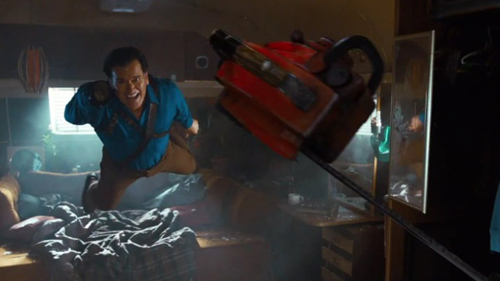 Bruce Campbell, who’s parlayed The Evil Dead into a damn good career in both movies and television over the years, has finally come full-circle, embodying the Ash shtick in earnest while broadening the scope of a character that no one else could or, perhaps, would dare even play. Adding new dimensions to a character like Ash is a remarkable accomplishment and Campbell is a one-of-a-kind performer. The biggest surprise, though, is how great Ray Santiago and Dana DeLorenzo are as Pablo and Kelly. Santiago in particular broadcasts subtle comedy and vulnerability all without a word. He’s got legit chops and he uses them to realize an extremely odd-yet-dynamic character in Pablo.

Sam Raimi helms the first episode, “El Jefe,” and hits every note perfectly. Watching it as a huge fan of the movies was an absolute relief because it wasn’t difficult to imagine more ways in which this series might fail than ways that it would succeed. As it turns out, “El Jefe” is scary, whimsy, funny, and gory as hell. Every subsequent episode, while never quite matching the execution of the premiere, still manages to contain varying degrees of those attributes and there are certainly no clunkers.

From the maniacal music during the opening credits to the narrow focus and fast pace of each episode, all the ingredients of Ash vs. Evil Dead come together each week to play like an old school serial with classic sensibilities. It’s true that not a lot happens, but not much needs to happen. It’s an Evil Dead TV show for cryin’ out loud! Nonetheless, every episode of the first season of Ash vs. Evil Dead is splattery, ridiculous fun that smartly relishes its protagonist’s stupidity while giving us no other choice but to like him, and all the while pushing wet, sloppy envelops of disgust with gusto.

By the time the credits roll on the season finale, we’re set up for future seasons to take us to previously unexplored territories within the Evil Dead universe. The collaborative behind Ash vs. Evil Dead has essentially given us a true-blue five-hour-plus sequel to Army of Darkness with assurances of more to come. Perfect? Not quite. But it’s certainly groovy enough. 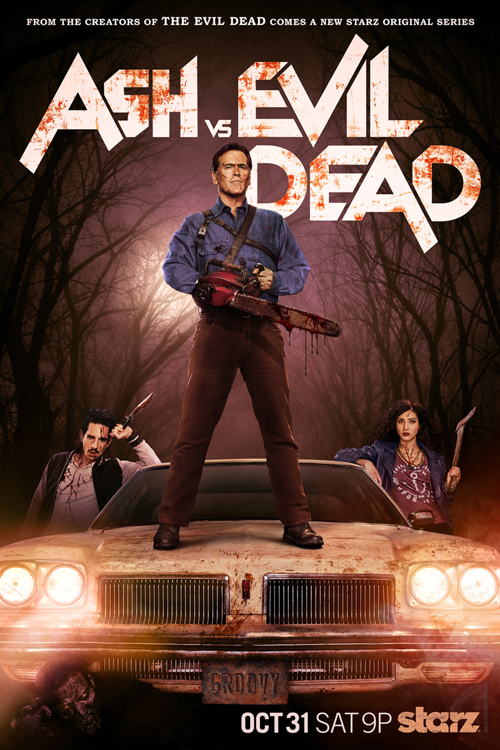