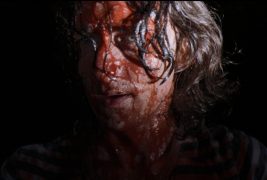 In our ultra-modern and super-connected world, the past seems almost superfluous. We are so used to our modern conveniences that it seems our ancestors must have been another species entirely. What happened even ten years ago seems like a different lifetime.

But the past is not so easily erased. It patiently endures and continues into the present with a power few can understand. In the British Isles, particularly, standing stones and old landmarks are mute testaments to the power of a forgotten history.

There are certain movies that remind us of the shadow of the distant past. The Wicker Man is one such movie. Curse of the Demon is another one. And now we have Blood Myth carrying on in this tradition. This is a film that shows the persistence of mystery and tradition in a world of GPS and Alexa…

I would not say this low budget independent British film is quite on the level of those two older films, but it does create the same kind of feeling in a different way. It’s an intelligent movie with some chilling atmosphere that plays with the idea of what is real and what is not. It also establishes that not all past traditions are benign and harmless.

The opening moments of the film take us into the deep gloom of a night in the English countryside. A search is on for somebody as we see the glare of flashlights moving around the woods and fields. Finally, they illuminate the form of a long-haired youth covered in blood and staring with vacant eyes. This will later play strongly into the movie’s events.

We then get introduced to our protagonist, James Lincoln, a journalist who specializes in investigating the paranormal. We see a succession of “witnesses” all relating supernatural tales in breathless terms and we get the impression these are folks who like telling tall tales. We then learn that Lincoln is not really a believer in what he’s doing…he’s jaded, cynical and has a lot of contempt for the people he has to talk to. This conceit very cleverly comes back to bite him later in the film.

While getting his beard trimmed off, he hears his barber tell him the story of a remote Welsh village called Hearg. It seems that every thirty years in precise fashion somebody disappears completely and utterly from the village. This has been going on since early medieval times and may be related to a sorcerer who uses the missing to give himself eternal life. The phenomenon is so well established in Hearg that it is simply referred to as “30.”

When Lincoln finds out that the disappearances are real, he lobbies his female editor to take a trip to the village to investigate. He will also bring his pregnant wife Harriet with him as a kind of vacation trip as well. And now we also learn exactly how much of a heel James Lincoln really is…he is carrying on an affair with his boss and doesn’t think his wife is much more than a “whore.” Nice piece of work, this guy is.

The pair make their way to Hearg, which is indeed a lonely little spot in the Welsh moors. It isn’t long before they encounter some peculiar local characters, including the owner of the inn they are staying at. There is a kind of gloom hanging around this locale that one only finds in the ancient English countryside. 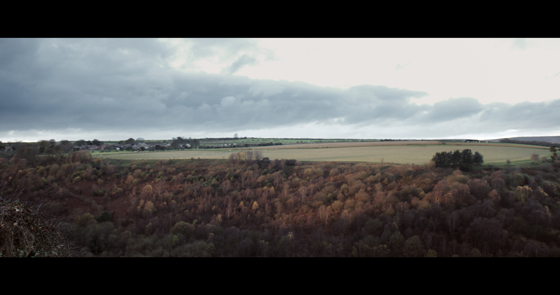 When Lincoln asks the locals about “30,” he actually finds many do not take stock in the folktale despite the last disappearance 30 years earlier. The local policeman Jarret has contempt for the subject and considers Lincoln an interfering outsider. But Lincoln’s instincts tell him he is onto something. He and Harriet go to sleep…and when Lincoln wakes up in the morning, Harriet is gone.

A search of the local area reveals nothing. Increasingly frantic phone calls to Harriet’s cell yield no result. As the day drags on, Lincoln comes to the realization that Harriet is the latest victim of “30.” But when he asks Jarrett and other locals for help, they consider him either a publicity monger who’s trying to drum up interest in a new book or maybe the victim of a lover’s spat. Now Lincoln’s earlier disbelief of paranormal witnesses comes back to bite him hard. He is now the one considered a crank.

Lincoln does find some unlikely help in his desperate search, from a local girl named Alexandra Priest and a strange, possibly insane character named Clayton…who was the blood-covered youth seen in the very beginning. That incident took place during the last “30” and it was Clayton’s sister that was taken. He has been searching for answers ever since.

James Lincoln has come closer to solving the secret of “30” than anybody in recent memory. But the closer he gets, the more shattering the revelations will be. He will find out just how powerfully the past can reach into the present…

Blood Myth has a great start when we get that bloody teaser and then get the clever introduction to Lincoln and his attitudes toward the unknown. The film then has a rather flabby mid-section which consists of a lot of Lincoln lurking around Hearg and the surrounding countryside. The chief appeal of these scenes is the subtle and minimalist soundtrack, which does a lot to create a feeling of dread around some frankly very mundane scenes. In the last 20 minutes, things begin to pick up substantially, leading to a very bloody and shocking conclusion.

The success of the movie will depend on what the viewer thinks of the final revelation. I was not entirely caught unaware by what happened, but it still packs a punch. If you saw the aforementioned classic folk horror film The Wicker Man (the original, not the dreadful Nic Cage laugh-riot), you will find the end of Blood Myth a bite from the same apple. It was not quite as “mystical” as I’d hoped it would be.

The movie is serious in tone and soberly directed. No corny “jump scares” or CGI spooks here. It all has a very naturalistic feel. The acting is also generally spot on. Jonathan McClean does a solid job as James Lincoln, but one of the drawbacks of the film is that Lincoln is in no way heroic and in fact rather despicable. We don’t sympathize with him too much. The other actor that caught my notice was Neil Summerville as the creepy and unnerving Clayton, a man who has been consumed by the mystery of “30.”

One interesting touch I noted here was how the ultra-modern technology like cellphones, laptops and the like were contrasted with the timeless and archaic landscape of Hearg. Once the power of the past exerts its influence, those gadgets were revealed for what they are…toys that are useless in the grip of ancient traditions.

The movie is definitely worth a view and a nick above the usual indie horror fare, but with a little extra detail and a few tweaks, it could have been up there with The Wicker Man or Curse of the Demon. 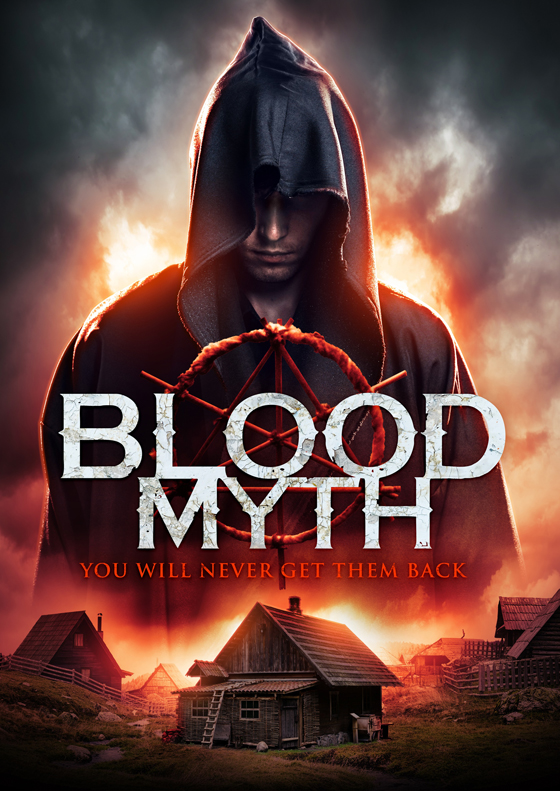