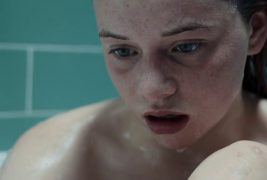 Teenage alienation is terrifying and trying to fit in often carries more risks than rewards.

So it is for Mia, just 15 and on the verge of menstruation but whose angst is fueled primarily by a new school and a new social setting. In the Swiss film ​Blue My Mind​, she’s upset with her father for forcing her to endure another uprooting, and with her mother for trying to control her. To say she’s ripe for rebellion is an understatement.

It’s no surprise then that Mia (​Luna Wedler​) is drawn to the hip and haughty students, forsaking the approach of your resident good girl. She reaches out to Gianna (Zoë Pastelle Holthuizen​   ​), leader of the pack, as it were — two other girls and a rather oafish collection of male tagalongs.

It takes a bit of time, but Mia eventually finds acceptance by partaking in their social sins — smoking, shoplifting, dabbling in drugs, partying and, in their parlance for sex, bouncing with one boy after another. She especially endears herself to Gianna by allowing herself to be choked to the point of passing out, which Gianna finds exhilarating. But in Mia’s case, it leads to a rather bizarre underwater hallucination.

The hallucination is in keeping with physical changes Mia is beginning to experience. It’s clear puberty holds more surprises than the menstrual bleeding now at hand. In one scene, Mia adds salt to her glass of water. In another, she raids not the fridge, but the aquarium, gobbling down its scaly inhabitants with a ferocity usually reserved for those hot dog-eating competitions.

As Mia’s metamorphosis takes hold — webbed toes, mysterious bruises — she looks for explanations. Why are there no photos of Mia’s mom (ably played by ​Regula Grauwiller​) while pregnant? Her parents are dark; Mia is freckled and blond. The doctor talks about a birth defect, but Mia’s changes are sudden and new.

Through all of this, even as her legs develop scales and new flesh, Mia maintains an air of privacy, not yet ready to accept her destiny, which lies below the surface of the sea.

There are no overt scares in ​Blue My Mind​. Truth be told, this is more fantasy than chilling freak show. But that doesn’t subvert what is a wondrous debut for director ​Lisa Brühlmann​. She weaves a fresh take on the age-old story of self-discovery, albeit with supernatural elements. This snared multiple awards on the film festival circuit, and with good reason. The cinematography is gorgeous, the dialogue is realistic and, despite the slow pace, the viewer is never less than enthralled.

Much of the audience immersion is owed to Luna Wedler as Mia. Her performance is stunning, revealing a depth unusual not just for her age but for ANY age. She is at once afraid, aggressive, angry, serene, introspective, inhibited and, finally, courageous. Her range is simply astonishing. But she is not alone. There really isn’t a weak link in the entire cast.

Available VOD this month, ​Blue My Mind​ is a must-see — not so much for horror fans but for cinephiles. Brühlmann has delivered a film that will make you think, feel and remember.

Perfect? No, but good enough to blow ​your ​mind. 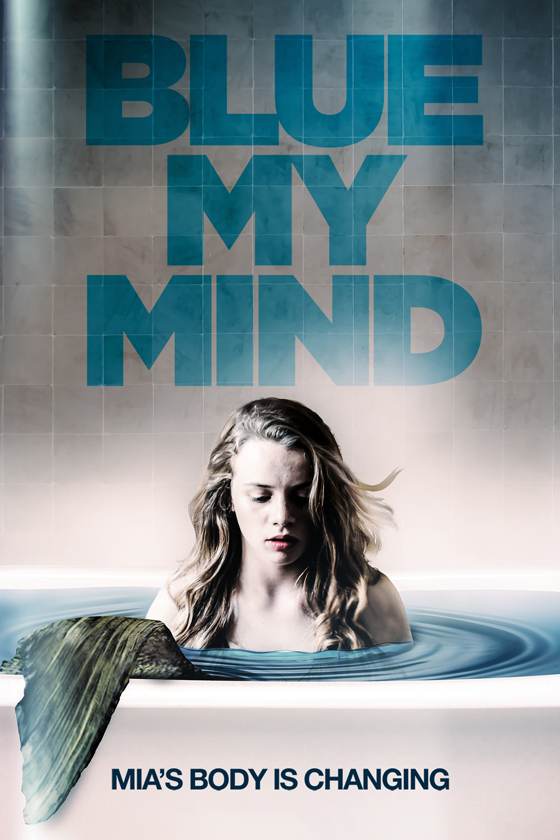