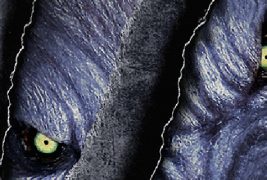 What do you get when you put together a pregnant mother and her daughter who are trying to escape an abusive home life, a creepy house (complete with a resident psychotic), horror favorites such as Linnea Quigley and Gary Kent, and werewolves? Why, you get Bonehill Road (2017), of course! The latest in over-the-top gory tale brought to us from the darkly demented mind of writer/director Todd Sheets.

Whenever I’m asked what my favorite movie monster is, a lot of people are surprised when I tell them I’m a huge fan of the werewolf. Don’t get me wrong; I dig the occasional vampire or zombie, but werewolves have just always held a special place in my cold, dark heart. However, when I hear that there’s a ‘new’ werewolf movie being made or released, I’m always on the fence, because honestly there just haven’t been that many mind-blowingly fantastic werewolf movies made, sadly. So, once I saw that cult-movie maestro Todd Sheets had Bonehill Road in the works, my curiosity and optimism instantly grew. Werewolves and Linnea Quigley together? How could that be bad, right?

Because watching movies with a friend is more fun than watching them alone, I came up with a fun idea. I invited my sister-in-horror, Nez Wilburn, to join me in watching and reviewing Bonehill Road, too. So, with beers in hand and fun in mind, let’s get started. Did this movie leave us howling for more? Or did it leave us sulking away with our tails in between our legs? Without further ado, here’s what Nez and I thought of Bonehill Road….

This movie starts off with the viewer being introduced to our mother and daughter duo escaping from the clutches of a brutally abusive boyfriend.  After disabling him and grabbing what few possessions they can muster in a timely fashion, they hit the road to head to the seemingly relative safety of Grandpa’s house only to jump from the frying pan into the fire, where werewolves and deranged psychopaths lurk in the cornfields of the idyllic countryside.

After trying to avoid hitting a large animal and ending up broken down in the middle of nowhere, they are attacked by toothsome creatures in the full moonlight and barely escape to a country farmhouse containing a sinister secret.  Sequestered within its whitewashed façade is a psychotic cannibalistic killer and three of his hapless victims awaiting the evening’s moist and meaty dinnertime culmination.

Fast forward past the end credits and we get to the cherry atop this gore-filled sundae: a KISS tribute band broken down on the side of Bonehill Road taking on the wolfy horde.  (this scene was quite delightful….so definitely stay through the credits!).

I’m leaving it to Nez to perfectly put into words our final thoughts on Bonehill Road:

“I have a really hard time liking and appreciating low-budget horror for what it is, and especially Troma-like horror.  I really *am* that asshole who sits there and picks apart episodes of The Walking Dead for technical and continuity failures on their part. Barb and I spent entirely too much time cracking up over the fact that mom’s facial lacerations and bruises seemed to relocate themselves to better property on her face from scene to scene.  It was quite reminiscent of Eyegore’s traveling hump in the movie Young Frankenstein and a welcome laugh.

However…major props to the fact that all gore and creature effects were practical effects and zero CGI was in use.  That was a pleasant surprise and I applaud the fact that a majority of the budget was sunk into making sure those details were well done and accounted for.   A lot of money was put into the werewolves themselves and it shows, including a pretty sexy transformation scene a la An American Werewolf in London.  If you don’t take this film too seriously and stay a little more tongue-in-cheek with it, you’ll probably get a kick out of it.” 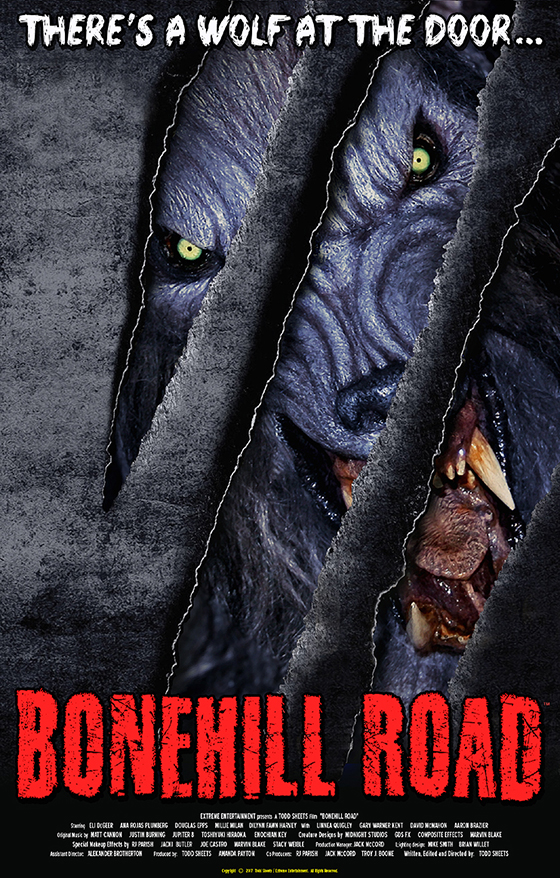