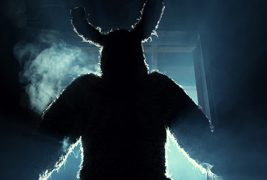 Finland is a magical, mystical country. It snows all the time, metal is always on the radio, and eleven months out of the year you can catch Santa Claus relaxing at his home in Rovaniemi. Finland is also sex-obsessed, pussy-obsessed, and dick-obsessed. Finland is the kind of place where redneck mad scientists engineer walking fuck machines that look like giant rabbits. Their clientele, who are fellow Baltic hillbillies, like things this way. After all, one needs something to do to pass the time during those twenty-four hours of sunshine. You’re probably not going to find this information from Finland’s tourism bureau. However, you can find it if you watch Bunny the Killer Thing.

In director Joonas Makkonen’s film we have the perfect horror setup: a group of Finnish teenagers want to have a party in the woods. As luck would have it, one of them knows an uncle who owns a cabin…a cabin the woods. Check the first box, please. Second, while driving to their destination, a Finno-Ugric foursome stumble upon an English-speaking trio. Not just any trio, but a Cockney Indian, a gay, black Londoner, and a Chinese man from Northern Ireland. This ragtag rainbow coalition also happens to be criminals who have abducted the Swedish pop star Lara Jessica Svensson. Why? Well, because the aforementioned redneck scientists want to shoot Ms. Svensson full of secret goo in order to turn her into a sex slave for two carrot-loving thugs.

Unbeknownst to the soon-to-be victims, an earlier victim, a British writer named Mr. McRain (played by Gareth Lawrence), managed to escape his imprisonment after being subjected to the same secret serum. Unfortunately, Mr. McRain got all hoppy hoppy and transformed into a bloodthirsty wererabbit. His lust is “fresh pussy” and his weapon is his abnormally large schwanz. Think of him as Jason Voorhees except with a leaky prick that he’s always “helicoptering.” Previous generations had axes, chainsaws, and knives, today’s generation, the generation of Bunny the Killer Thing, has a rape rabbit that molests detached limbs, eye wounds, and t-shirts that look like vaginas. It’s all so damnably endearing!

Obviously, sex plays a major role in Bunny the Killer Thing. There’s the normal puke-on-a Friday-night type of sex embodied by Vincent (played by Vincent Tsang) and Sara (played by Enni Ojutkangas) and Emma (played by Katja Jaskari) and Jari (played by Rope Olenius). Of course there is also the sketchy sex enjoyed by Nina (played by Veera W. Vilo), a British schoolgirl who rapes the drunken and asleep Sara while the preteen Jesse (played by Olli Saarenpää) sniffs panties and watches from the closet. Frankly, the film’s only normal couple is Mise (played by Jari Manninen) and Tim (played by Orwi Manny Ameh). This pair of odd birds call each other Mr. White and Mr. Black, drink beer and vodka in the garage, and generally crack on with things. Mr. Black also has an enormous yogurt slinger, which proves to be providential near the film’s end.

There’s absolutely no subtlety in Bunny the Killer Thing. The humor is like Sylvester Stallone—over the top. As for the violence, it’s gore galore with a little semen sprinkled in for good measure. There’s even some great one-liners, such as when the mad rabbit dines on the recently shagged Emma and remarks “Dirty pussy.” Let that be a lesson to you kids, don’t pull a Damone (“Hey, this is great ice tea”) with your gal pal because a sex murderer might just say something nasty about her lady parts.

Overall, this Finnish flick is the vomit of American sex comedies from the ‘90s mixed with the outlandish gloop and glop of Dead Alive. It’s a tawdry mess really, but oh-so entertaining. Bunny the Killer Thing is the National Inquirer of contemporary slasher films and we should thank Mr. Makkonen for that. I hear through the grapevine that he’s considered “promising” by the horror elites. Let’s hope that this tour-de-force of tits, farts, and ding dongs doesn’t drag him down into the abyss of superhero sequels or anything written by Max Landis. I’ll pray for you, my friend. 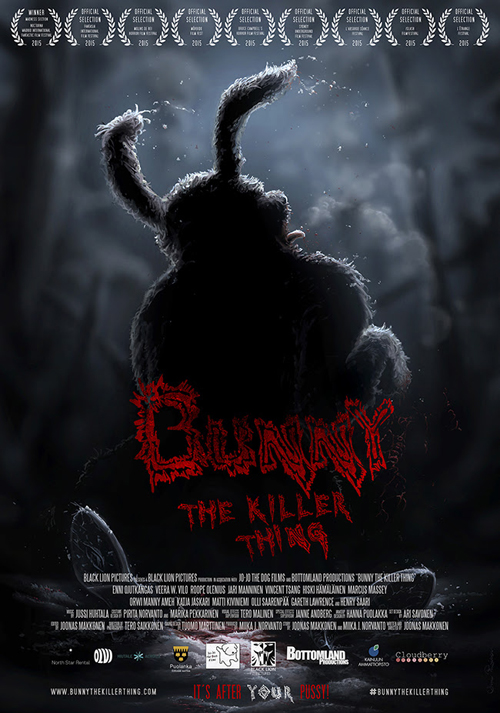