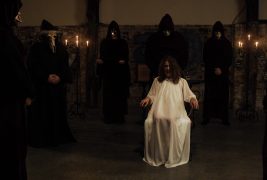 Chocolate and peanut butter. Chicken and waffles. Beer and pretzels. Some combinations just make sense. For instance, horror and mystery are very, very comfortable bedfellows. Both focus on the weird and macabre and are only delineated because one tends to focus on the temporal, rational world. The Demonologist is no such mystery. This occult thriller goes full steam ahead when it comes to putting murder into the literal underworld.

Detective Damian Seryph (played by Charmed veteran Brian Krause) is a homicide specialist in New Orleans—America’s spookiest city. Along with his Artie Lange-like partner (played by Dane Rhodes), Damian gets the call on a victim found in an abandoned warehouse. The victim had been tortured for hours, was found above a bloody pentagram, and held in his hand a tarot card. Yep, this is what you would call a strange case.

Things only get weirder as more bodies pile up. One of the victims turns out to be Joan (Lara Grice), Damian’s soon-to-be mother-in-law. Like the others, Joan suffered unimaginable hell before expiring with a tarot card in her upturned palm. The case is now personal, and Damian loses himself not only in tracking down the killers, but in trying to outrun his vivid memories of childhood. You see, Damian’s father, William Seryph (played by Jared Antoline) was an exorcist who died after a particularly brutal exorcism. Young Damian (played by Trey Nolde) saw it all with his impressionable eyes.

Decades later, Damian’s mysterious past comes to fruition. The detective must reckon with a demon horde lead by Meredith (played by Manon Pages), who is in fact the demon Abatu (played by Jeff Pearson). Abatu’s henchman is the time-traveling monster Ian Parrish (played by Jared Bankens), a sorcerer who was once known in Londontown as Jack the Ripper. Other demons and magicians are part of this cabal, which, unsurprisingly, wants to usher in a new dark age of hellfire and assorted brimstone.

The Demonologist is horror kitsch with little flair. Basic set pieces like a dive bar, abandoned warehouses, a dark and stormy house, etc. are interchangeable. The cinematography (which was done by Eliot Brasseaux) is static and uninspiring. The make-up on the demons reminds one of the weekly ghouls on Buffy the Vampire Slayer, while the script, which was penned by director J.M. Stelly, is chock full of horror clichés and comic book tropes. Damian, the viewers come to find out, is really just a better looking Hellboy. Except, unlike in Mike Mignola’s universe, the world of The Demonologist does not make sense. Plentiful cut scenes and poor audio quality make this film hard to understand. Worse still, the conclusion feels like nothing more than an attempt to ratchet up enthusiasm for a sequel.

The Demonologist is tripe soup for horror hounds. The best moments come when Krause and Rhodes go at it a la Lethal Weapon, but even here Rhodes makes himself annoying by constantly reminding his young partner that he looks terrible and needs some rest. More prurient-minded viewers will enjoy the fact that Pages spends most of this film fully nude or covered in blood while fully nude. That’s pretty much all, folks. 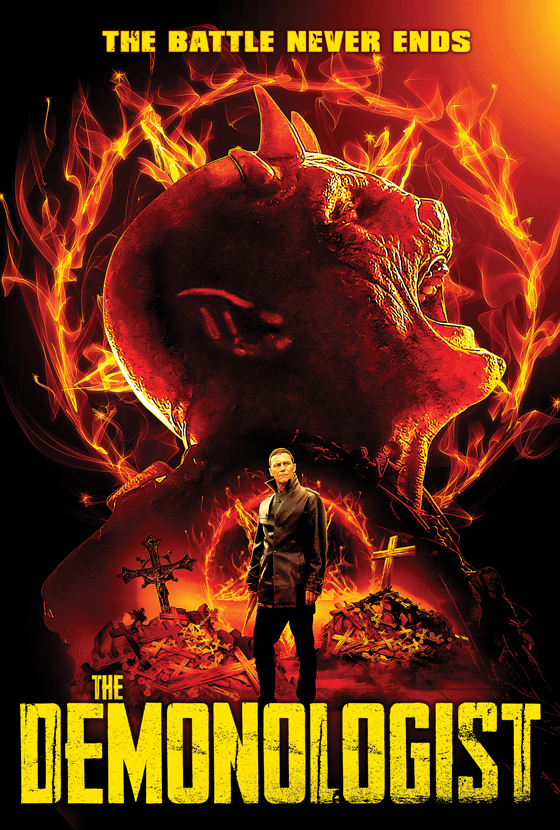 The Demonologist was released on January 1, 2019 through Uncork’d Entertainment.