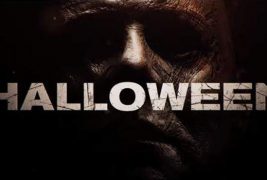 Greetings, Fiends. Fall is finally here, and pumpkin-everything is everywhere. Halloween in near, and one of the most anticipated film events of this time of the year is now here. Yep, I’m speaking of the return of infamous babysitter killer, Michael Myers. Even more exciting than Michael’s return is the return of favorite final girl, Laurie Strode, in the 2018 follow-up to John Carpenter’s 1978 horror classic, Halloween.  So now, without further ado, I’ll tell you if Blumhouse’s release of Halloween delivers a full-sized treat…or a fun-sized trick.

Let me begin by stating that if I had to watch one movie for the rest of my existence, it would definitely be Halloween (1978). I have always thought that it’s a perfect film for a multitude of reasons. We get a great story, memorable and beloved characters, a great sense of fear and let me not forget to mention that badass soundtrack. It also gave us all of those not-as-perfect sequels, and a love-or-hate remake and sequel from Rob Zombie over the years.

With this newest offering from writer/director David Gordon Green, and fellow writers Danny McBride and Jeff Fradley, we’re given a film that pays homage to John Carpenter and his iconic vision. However, this film is not without fault. It’s already received a split reaction from horror fans across the board.  What side do I agree with? Well, I guess I’m stuck somewhere in the middle, quite honestly. Why? Well, I promise I’ll try to keep it as spoiler-free as humanly possible….

What I like about this version is that while I don’t find it to be nearly as great as Carpenter’s film, there is something for hardcore fans to appreciate. Naturally, it’s a treat to see Nick Castle (The Shape) and Jamie Lee Curtis (Laurie Strode) appear in the roles they’re best known for. There are a couple of enjoyable new characters, one them being an adorable little boy who has some of the best lines of the film. We also get to meet Laurie’s daughter, Karen, (Judy Greer) and teenaged granddaughter named Allyson (Andi Matichak). I also liked seeing the Easter eggs that were throughout the film, hearing the soundtrack and feeling that bit of nostalgia.

However, I’d been looking forward to seeing Halloween (2018) ever since the news broke that it was coming. The trailers really got me excited, but now that I’ve seen the movie, I have to say that it left me more disappointed than anything, starting with the storyline. It’s got holes so deep that even Michael himself wouldn’t be able to climb out of them. The writing and dialogue are both shallow and lazy. There’s nothing original to see here, given that there were plenty of opportunities to make something amazing happen.

Sadly, the atmosphere is also lacking. I would have liked to have seen more character/relationship development or explanations given as to why certain things take place, but nope. Nada.  Halloween 2018 seems more interested in showing zoom-ins of the bloodied bodies of the super annoying “new” characters added to the party. Once you meet them, you’ll be yelling at Michael to kill everyone before the credits roll…at least, that’s what I did. But even with the gory killings, this movie is still not scary. There are just too many other things that don’t fit or make sense, and those things took the fun out of the film in my case.

I went in wanting to absolutely love it, and instead I was left completely underwhelmed. Go watch Halloween for yourselves, then tell me what you think. 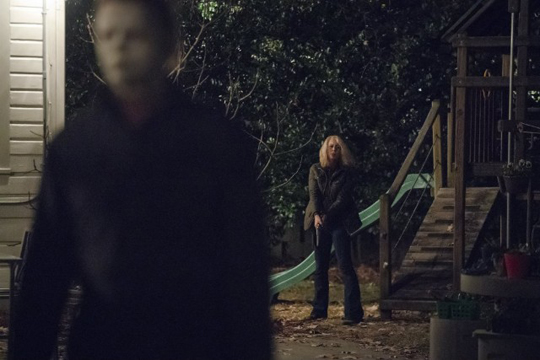 One thought on “Halloween 2018 Movie Review”