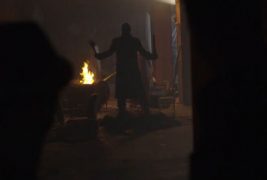 It doesn’t take Captain Obvious to point out the deficiencies in accommodations and service at Hotel of the Damned. The name tells you that much.

But let’s not get ahead of ourselves. There’s a story to tell.

You’re in for a treat with this delicious take on cannibalism, helmed by Romanian director Bobby Barbacioru. Available on demand Dec. 6, Hotel of the Damned brings together an ex-con, Nicky (Louis Mandylor), and his mafioso buddy, Jimmy (Peter Dobson). Nicky is determined to reunite with his daughter, Eliza (Roxana Luca), so the partners in crime take a road trip.

First stop is a visit to Nicky’s ex, Maria (Manuela Harabor), who points them in the right direction. Turns out Eliza is holed up with her junkie boyfriend, Bogdan (Bogdan Marhodin). They’re living in a seedy rathole, in a seedy part of town, doing seedy things. So like any good estranged father, Nicky joins with his buddy in beating the crap out of Bogdan and then drags Eliza to the car, vowing a change of scenery.

Only trouble is, that change of scenery is about to make them yearn for the seediness they just left. As they’re driving through the densely wooded Carpathian Mountains, an accident sends their car careening down a hillside. All occupants are banged up but otherwise OK. And that includes Bogdan, who had been stuffed in the trunk.

Because they’re in the dark, in the middle of nowhere, and with cell service non-existent, they decide to spend the night in a nearby abandoned hotel. And you know what comes next.

In very short order, Nicky and Jimmy discover some serious cannibalism going on. These aren’t starving vagrants at work; no, these are knife-wielding sub-human monsters reminiscent of something out of a Wes Craven flick.

The rest of the movie is a rather grotesque but effective game of hide and seek, featuring sacrifice, slaughter and heroism, not the least of which is the rekindling of a father-daughter relationship. 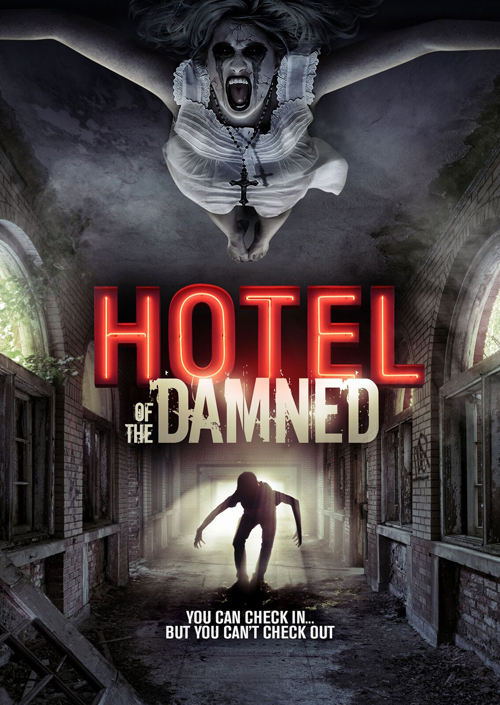 Horror fans will find lots to like here. The cinematography is excellent, with creepy atmospherics and truly memorable sets. The pulsating score sets the mood, and uniformly good acting — especially by Mandylor and Dobson — produces characters you can root for despite their personal imperfections.

But the real winner in this is director Barbacioru, whose pacing is darned near perfect. And unlike so many horror auteurs, he exercises restraint in the face of a storyline that might otherwise have hung its hat on blood and gore. No, this pic is character-driven, and save for one particularly nasty — and necessary — scene, the subtlety pays dividends.

Kudos, too, to writers Luca Bercovici and Paul Petcu, who produced a script with snappy dialogue and the occasional chuckle.

None of this is to say the film is perfect. The ever-present Romanian accents from some of the cast muddied the sound a bit, and flashbacks designed to move the story along actually felt intrusive at times.

Still, what you have here is a tasty little treat in the genre of cannibalistic horror. This isn’t a four-star Hotel of the Damned, but you’ll enjoy your two-hour visit.