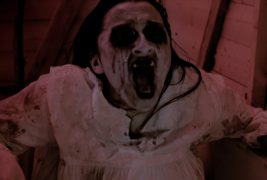 In House on Elm Lake an unsuspecting family moves into a lake house that had been abandoned due to a terrible act of violence that occurred there years earlier. Of course, as angry spirits are wont to do, the evil awakens when the new homeowners move in.

This storyline is played out (some may say “overused, bigtime”) and the blatant rip-off of The Amityville Horror offended me more than made me annoyed, simply because this film doesn’t even attempt to put a twist on the idea that was done masterfully in the ‘70s and then remade already in 2005. Hell, the title even plays on another classic film! We even get a young girl talking to an imaginary friend, a deep voice roaring “Get out!” and the whole dad-has-gone-bonkers storyline. You see, the home was a satanic ritual spot years ago and now any father that ventures into the home slowly but surely becomes a psychotic murderer.

The film tries exceptionally hard to squeeze a ton of character development into the 90-minute run time, but rather than engage the audience and make us care for these people/victims, I was left just hoping for some good kills. House on Elm Lake takes itself way too seriously in some aspects while completely neglecting what makes for a good low-budget horror film. Basically, this flick commits about every cardinal sin an indie film can: It bites off of past films’ success, it offers nothing new or inventive to the movie-watching experience and it also swings for the fences as far as unnecessary, tasteless shock goes. If the uber-basic storyline doesn’t reel you in, maybe the grimy rape scene will, or the gratuitous sex sequences. Or the naked old man.

I was hoping someone in the cast would stand out as a bright spot, but there was no effective acting so I have to politely acknowledge that people did indeed act in this film and I’ll just leave it at that. Director/Editor/Executive Producer James Klass is seemingly a serious horror fan, based on his affinity for attempting this indie do-over of Amityville, but he’d be better suited ditching the horror homages and going with a completely original idea for his next project. While this one was a clunker, it isn’t hard to imagine that Klass could really make something work with a better script. This experience will certainly serve him well.

The only things that can keep a film fresh when it uses a tired horror theme is either great acting, a solid script or serious scares. Unfortunately, if you’re looking for any of these things, you should probably skip House on Elm Lake. I can honestly applaud the film for some decent makeup effects and solid cinematography, which I imagine took up most of the reported $4,000 budget.  I am all for low-cost, independent filmmaking, but this film had enough of a budget to make something work. It simply fell completely flat for me. 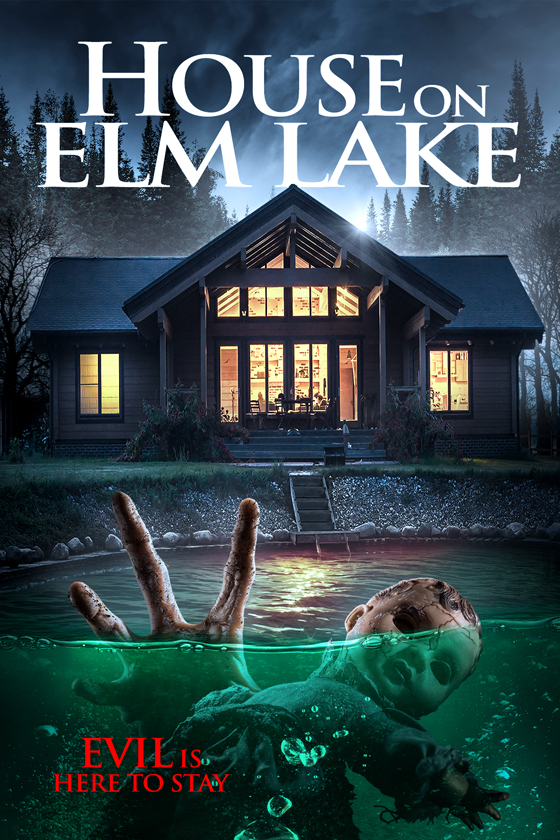