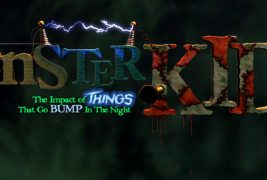 MonsterKids, winner of the 2018 Rondo Award for Best Documentary, is like the perfect dinner guest. It brings a spirit of fun, tells great stories, and doesn’t overstay its welcome.  Director James-Michael Roddy embodies all of these qualities while offering up a breezy valentine to a moment in the history of horror when the cosmic tumblers clicked so firmly that the effects still linger 60 years later.

To place this in context, we first have to go back, way back, to the 1950s. Television’s progression from quirky curiosity to omnipresent fixture in most American homes was so swift that there was actually a shortage of programming to fill station schedules. Screen Gems, a subsidiary of Columbia Pictures, negotiated a 10-year lease of the TV rights to the entire catalog of Universal Studios. In what proved to be a most astute move, they spun off a package of 52 films which included classics like Frankenstein, Dracula, and The Wolfman into a collection they called Shock! They found a ready market of content-starved programmers willing to give it a try. October of 1957 marked the debut of Shock Theater, and it quickly became a massive surprise hit. However, there was one aspect of Shock!’s success that even the savviest marketing execs at Screen Gems had not foreseen.

Shock Theater’s impact on many children aged seven – 13 was nothing short of seismic. This was beyond entertainment, even beyond the monsters. These films were an invitation into the world of the fantastic and thousands of kids, huddled around their new electronic campfires, eagerly accepted. Roddy cleverly intersperses trailers and clips from the classic films with grownup Monster Kids sharing their own stories. The interviews clearly communicate how magical this time was for so many. It also highlights several genre icons like director Joe Dante and effects wizards Rick Baker and Tom Savini, recounting how their “monster kidness” shaped their own careers.

The other fascinating thread that Roddy follows is how the unquenchable thirst for anything monster-related created a niche happily filled by memorabilia collector and classic film buff Forest J Ackerman. The publication of Famous Monsters of Filmland in 1958, with its emphasis on plenty of evocative stills and a bit of worshipful text, was perfectly in tune with the Shock Theater audience. Throwing in an occasional piece on creature makeup and plenty of ads in the back pages selling monster “stuff,” Famous Monsters filled two important functions. Without Famous Monsters the only images available of the creatures they had just discovered would be the ones rattling around in the Monster Kids’ own heads. The magazine depicted not only the Universal monsters but introduced readers to the entire iconography of the genre from Lon Chaney Sr. silent films through teasers for new releases like the 1958 versions of The House on Haunted Hill or The Fly. Secondly, Famous Monsters understood that an identifiable youthful fan base had arrived for fantastic films. And between its content and the merchandising of costumes, creature models, and 8mm movies, it basically was a horror fan instruction manual. 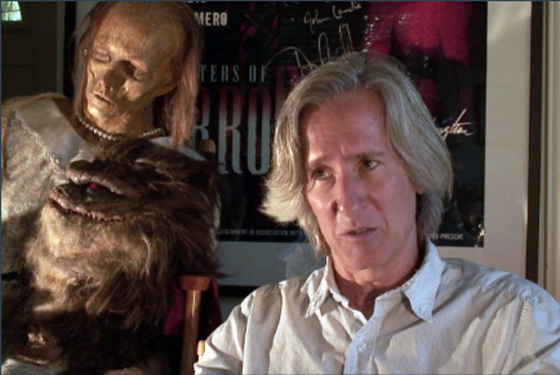 While this rolls out as a most engaging story, I do have some reservations about MonsterKids. It is clear that the director has great affection for his subject, and it is fun to see the Monster Kids’ Halloween photos and hearing someone wax poetic about a Creature from the Black Lagoon model kit. But I can’t help wishing that I could have heard some non-Monster Kids’ voices offer some perspective on the whole phenomenon. Topics that could have been tackled include figuring out why these 25-year-old horror movies found such a receptive audience with kids from the 1950s or how this affected the boom in Horror/Sci-fi film production that began in the same period. It would have provided some breaks in what sometimes seems like a non-stop love-a thon for the Monster Kids as well as putting a little more meat on the bones of a film that is barely 50 minutes in length.

To his credit, Roddy closes the documentary with a bittersweet segment asking if there will still be Monster Kids 20 or more years from now. I think it reveals that, despite all of their passion, many of the Monster Kids have a most distinct blind spot. Most of the interviewees interpret the question as asking if young kids will become horror fans via the Universal classics, as they did. This misses the point. We know that Monster Kids predate the ‘50s. As the celebrated writer Ray Bradbury observed upon the first release of King Kong (1933), “a mob of boys went quietly mad across the world.” And why can’t the gateway to the fantastic be (assuming Mom and Dad sign off) Jaws, It, or Stranger Things? It is unfortunate that some of their purist inclinations put the Monster Kids in such a box.

That said, I enthusiastically recommend MonsterKids. It documents a nearly forgotten yet significant story of cultural convergence. Even if the Universal Monsters do not move your needle, you may find yourself swept up in the spirit of a movie that celebrates a time that for the children who lived it, was like no other. 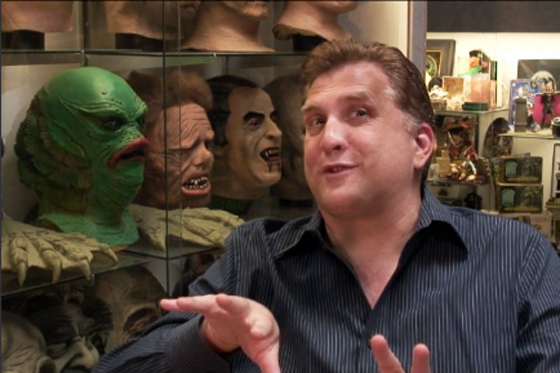