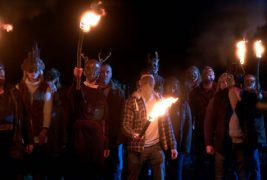 Horror is a mayhem-fueled world of slashers, zombies, ghosts, aliens, psychos and monsters.

Oops. Guess I just played my part in polarization. As the Reese’s Peanut Butter Cup commercials say, “Not sorry!”

Anyway, I look forward to a bit of escapism, and horror movies are but one outlet, though satisfyingly so in the sense of burning off a little adrenaline. Hence an evening set aside to watch Sacrilege, getting its DVD and digital release this month from DevilWorks and Bad Blood Films. Set and filmed in the United Kingdom, it boasts the enticing tagline “face your fears.”

We’ll do what critics do in a minute, but first the premise: Four female friends plan a retreat at a remote lodge where they can reconnect, relax, get high and, as it turns out, attend a pagan group’s Solstice festival.

What could go wrong?

Intending just to watch the ritual unfold, the women — Kayla (Tamarya Payne), Trish (Emily Wyatt), Blake (Sian Abrahams) and Stacey (Naomi Willow) — are egged on by new acquaintance Vinnie (Jon Glasgow) to loosen up and play along. To that end, they write down the things they fear the most and then strip to their bras and join the cultists as they dance around a roaring fire, all under the watchful eye of the goddess Mabon, a “scary” collection of sticks and antlers.

As you might expect, the dawn of a new day brings a few surprises that correlate to their worst fears. First up is Blake, whose fear of dogs plays out in a solo scene when she’s swimming in the lodge pool. What looks to be a rather large Rottweiler frightens the bejesus out of her before mysteriously disappearing.

Kayla, who fears her just-out-of-prison abusive ex-boyfriend, Tyler (David English), starts seeing him in what she hopes are just nightmares. Trish is scared of bugs and Stacey fears losing her good looks to old age. Fittingly, she struts around in her scenes with cell phone in hand, snapping one selfie after another. She has a couple of horrific episodes where … let’s just say the mirror is not her friend.

I’m pleased to say Stacey is the first to go. Her selfie act becomes so annoying as to make viewers want to leap into the scene and do the dirty deed themselves.

So as not to spoil anything, I’ll forego further details, not that you can’t guess with almost 100 percent accuracy what’s going to happen in this cookie-cutter plot.

To say Sacrilege isn’t breaking new ground is an understatement. We all know pagan cults are up to no good, and this foursome has been branded sacrificial Solstice lambs.

It’s that predictability that is the film’s undoing, because it’s a good-looking effort with a few decent jolts, decent effects, decent dialogue, decent acting and decent directing by David Creed. The cinematography is better than decent, but the script is so timeworn as to be an indecent affront to horror aficionados.

You’ve seen this 100 times before, from Race With the Devil to The Wicker Man. Had there been an ounce of inventiveness here, Sacrilege might have been something more than a pretty picture. As it is, the movie wastes what appears to be a healthy budget by offering up little suspense and lots of deja vu.

And that’s the real sacrilege. 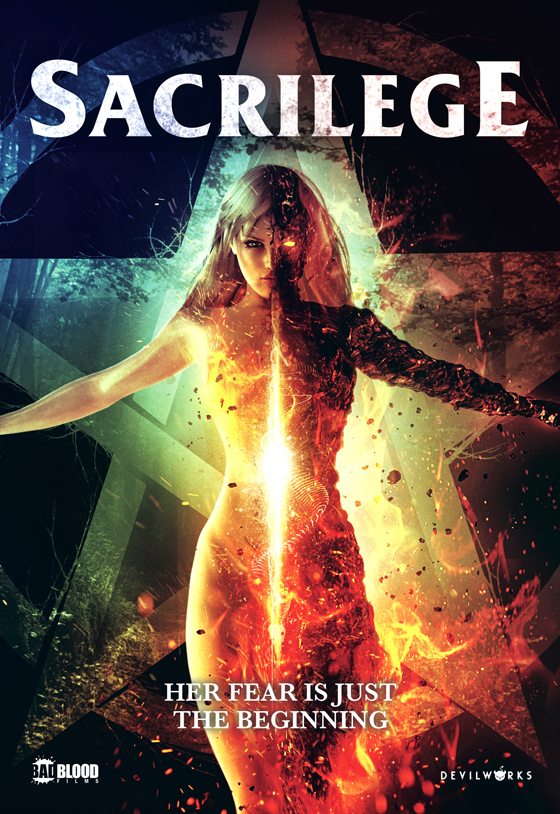