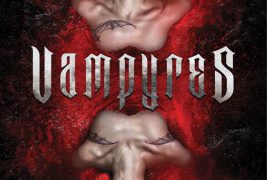 I’m a fan of scary movies.  I set out regularly to find flicks that creep the hell out of me.  And if you found your way to Ravenous Monster you probably are too.  I’m also a fan of Gothic films that create a nearly palpable ambiance that suck you in to a dark world.  A world that may not send shivers down your spine, but one that’s dark and unsettling nonetheless.  Victor Matellano’s 2016 version of Vampyres is more interested in being the latter, but will make some solid attempts to send those shivers down your spine as well.

Based upon Joseph Larraz’s heavily-edited 1974 cult classic, Vampyres is a worthy spiritual successor to its namesake.  As someone who saw and enjoyed the original 10 years ago, I was excited to view this version.  With a brisk 82-minute runtime, the film still unfolds at a deliberate pace, and never overstays its welcome.

The plot revolves around a pair of lesbian vampires who abduct various travelers to their cabin to feed off and occasionally toy with.  Like the original Vampyres, the film’s plot is both threadbare and enigmatic.  If you need answers to every question the film presents you will be sorely disappointed.  If, however, you like a David Lynch quality to your movies where a tone is set and developed, you will probably enjoy this film. 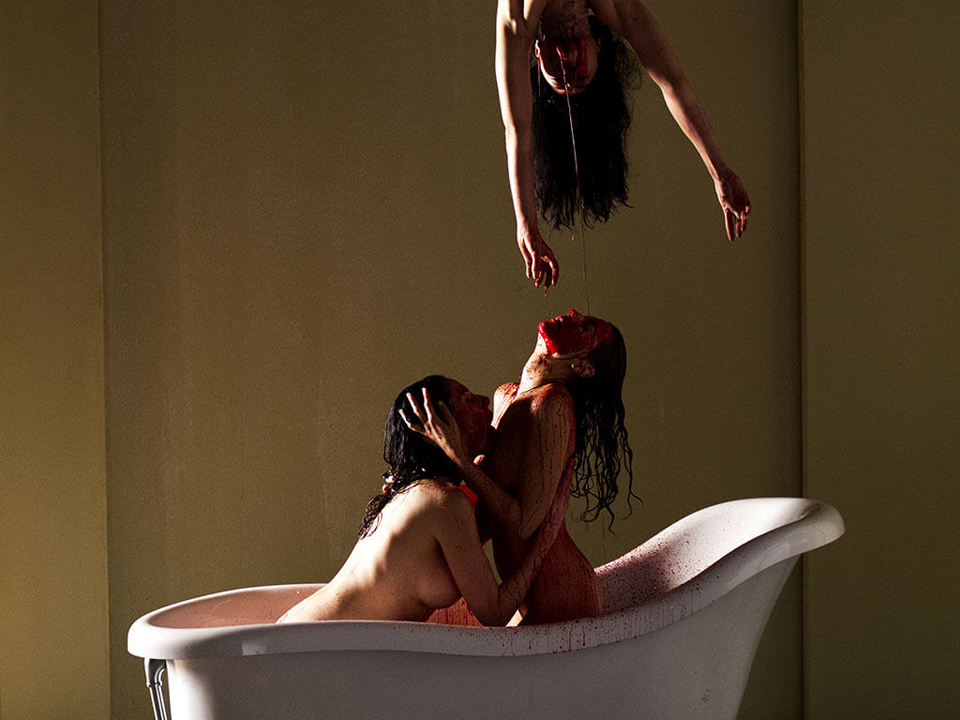 In a market saturated by jump-cut scares, Vampyres finds success in keeping the horror in the frame at all times, allowing the camera to slowly reveal more to the audience than the characters within the film are aware of.  As a genre fan, I enjoy certain tropes, and while they can become cliché, it’s always nice to see them handled with care and respect.

Distributed by Artsploitation Films, the movie has exploitation elements, but it is less concerned with the sex and violence than it is the setting and creating a mood.  Vampyres creates an entire world in very little space with interesting concepts that left me wanting more.  If this was the pilot to a series, I would be hooked.  Clever plot moments hint at a larger, more complicated world.  While some of those aforementioned answers may have left me feeling let down, the fact that I want them speaks to the strength of the film.  If you are a fan of 70s flicks such as Don’t Look Now or earlier Dario Argento movies you will find an affectionately crafted homage to the slow-burn adult horror of decades past.

One thought on “Vampyres Movie Review”