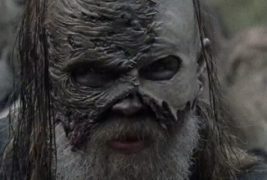 Welcome back, Walking-Dead Heads!  Before I pull apart the guts of the final eight episodes of The Walking Dead season 10, (the six-episode season 10 addendum airing next year notwithstanding) let me qualify everything you’re about to read with a few thoughts.

Right off, I’d like to ask that you please excuse this review for being more than a bit truncated.  It’s truly a review like none other I’ve written before.  This season’s second half debuted back in February, right before COVID-19 – a deadly, highly contagious corona virus – began sweeping across the U.S. in addition to the rest of the world.  While the crew behind AMC’s flagship property, The Walking Dead, managed to get all eight episodes shot, the postproduction work on the season 10 finale was suspended indefinitely.  Like all of us, it was paramount that the good folks working on these episodes stayed safe and stayed home as much as possible and like many of us, their jobs were put on hold while we collectively tried to figure out how best to manage life in the midst of this vile disease.

After seven episodes, concluding with this season’s penultimate hour, Sunday nights went zombie-free for approximately six months before the season finale finally shambled onto our TVs this week.  That’s a long time under normal circumstances.  And it’s a really long time when you’ve lost your income, your health insurance, and your ability to see your friends and family all while trying to avoid being infected by an insidious, deadly, and very real adversary.

So, again, please forgive this review for being a little scant on the finer details of this season.  Fictional plagues don’t leave quite the same impression when you’re trying to survive the real deal. 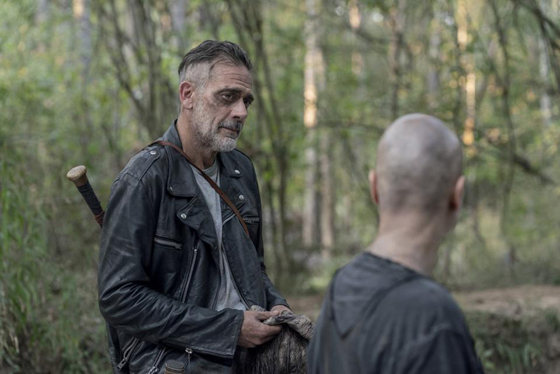 When we left off, Carol (Melissa McBride) had just chased the leader of the Whisperers—Alpha (Samantha Morton)—into a hidden cave system.  Inside, Carol discovers Alpha’s ace card—an enormous herd of walkers.

The entire crux of the first half of this season was how our heroes would handle antagonist Alpha and her large, crazy henchman Beta (Ryan Hurst) while those two had an army of the dead at their disposal to unleash on our heroes’ various safe havens.  Negan (Jeffrey Dean Morgan) – the villain from seasons past – had been in the midst of trying to redeem himself after having been jailed in Alexandria until the chaos wrought by the Whisperers had made it necessary that he be freed.  Our heroes’ tenuous trust in Negan appeared to have been misplaced as he had joined forces with the Whisperers before the midseason hiatus.

This next section contains SPOILERS so skip ahead if you must.

As the second half of The Walking Dead season 10 begins, the overarching giant-horde-of-walkers conundrum remains, and it persists largely unchanged until the last couple episodes. The survivors use their Whisperer assets Gamma (Thora Birch) and Alpha’s estranged daughter Lydia (Cassady McClincy) to gain a strategic advantage in their plan to defeat the Whisperers.  Meanwhile, Eugene (Josh McDermitt) is smitten with a mysterious woman named Stephanie (Margot Bingham), whom he’d met over the radio, and promises to keep their conversations secret for their mutual protection. Eventually, the two of them plan to meet.

The Whisperers infiltrate Hilltop and burn it to the ground sending small groups of survivors scrambling.  Beta finds and kills Gamma, but Negan one-ups that move my decapitating Alpha, assuring that his baby-face turn was in earnest (despite he and Alpha having gross, mind-stink inducing sex in the first episode following the midseason break).  It’s revealed that he and Carol hatched this murder plot together.

While all this is going down, Michonne (Danai Gurira) inexplicably leaves everyone behind including her daughter Judith (Cailey Fleming) to go find her lover and series protagonist Rick Grimes who’s been missing for a couple seasons now and whom Michonne suspects is still alive.  In reality, Andrew Lincoln – the actor who portrays Rick – bailed on the show and Danai Guriria decided to follow suit.  Sometimes art is forced to imitate life, I guess.  Given that this wasn’t a creative decision by showrunner Angela Kang and the writers’ room, but rather a case of reality affecting the direction of the show, they get a pass this time.

As Eugene Leaves to meet the mysterious Stephanie, Beta leads the enormous zombie horde to Alexandria, but he finds it empty.  The Alexandrian survivors have holed up in a nearby hospital.  Beta soon leads the horde there, surrounding the hospital with his dead army.  No matter, though, as the survivors execute a plan to lead the walkers away and eventually over a cliff and into a quarry…just as they have done many times throughout the series.  They’re aided in their mission by the “surprise” return of Maggie (Lauren Cohan).  Incidentally, Cohan had also bailed on the show for an opportunity to star in a series called Whiskey Cavalier, but it was cancelled after its inaugural season.

Our survivors’ plan has some tension-ratcheting, plot-making hiccups, but when the smoke clears, Beta has become walker snacks and the horde lay broken at the bottom of the quarry.  The season 10 epilogue depicts Eugene’s group getting captured at gunpoint by a group comprised of what appear to be Star Wars cosplayers in bad stormtrooper costumes. 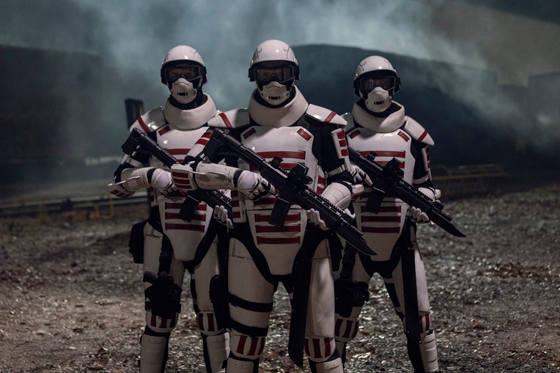 You may now proceed SPOILER-FREE.

I’ve spent a lot of time over the past five seasons railing on the deteriorating quality of what was once one of my very favorite shows.  I’m admittedly difficult to please.  That’s what makes me okay at whatever it is I’m writing here for you all.  But nonetheless, The Walking Dead has grown objectively less good in recent seasons.

Its trajectory is remarkably like that of Dexter – a dramatic series about a serial killer who kills other serial killers that ran for eight seasons on Showtime and that I also wrote about extensively.  The first half of that series was remarkable.  Frankly, it was way better than any of us had a right to expect it to be.  Then, after the conclusion of its brilliant fourth season, the show’s quality followed Sunday night’s walkers right over a cliff.  The deterioration wasn’t subtle or gradual and its cause wasn’t any one easily identifiable factor, but rather a veritable death by a thousand cuts that involved multiple showrunners, cast issues, and other things that come along with the business of doing a television series.  Dexter’s final four seasons frustrated fans as the series whimpered off into an underwhelming, ungratifying, and incredibly nonsensical oblivion.

As for The Walking Dead, the end is nigh.  After years of star defections, waning ratings, zombie fatigue, and varying degrees of bad execution, AMC finally officialized the proverbial writing on the wall while The Walking Dead was comatose by COVID, announcing that the forthcoming, extra-large eleventh season will be its last in addition to the aforementioned six-episode addendum to season 10 coming early next year.  They also announced three spin-off series coming over the next three years, one of which – The Walking Dead: World Beyond – premiered immediately after Sunday night’s finale and will be its own perhaps ill-advised can of worms.  I’m not convinced that saturating an already dying market with multiple series and movies that relatively few people seem to be clamoring for is the best idea.  We’ll find out.  In any event, the series that started it all will end sooner rather than later.

The tenth season of The Walking Dead wasn’t its worst – not by a long shot – but it also doesn’t belong among the series’ best seasons which were truly great.  The issues that have marred the last four seasons remain – namely the incessant undermining of years of characterization in favor of quick plot-hole fixes – but these issues are easier to accept now that I can feel the warm light at the end of the tunnel.  Stay safe, Horror Fans. 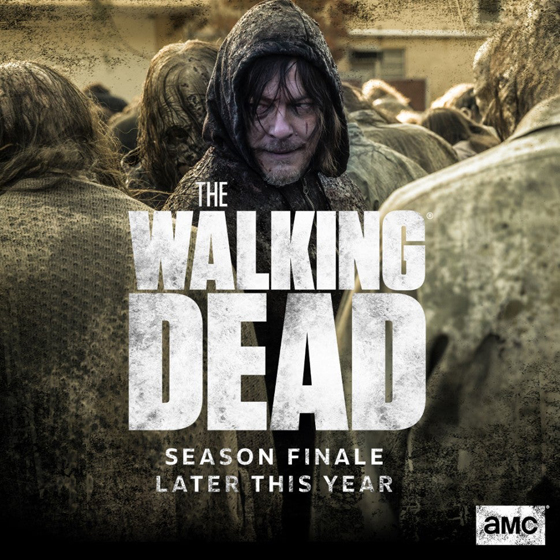