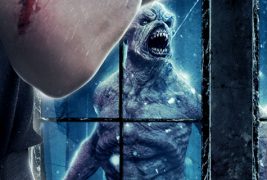 Does a movie centered on an old woman and a wounded young man stuck in a cabin in a desolate wintry landscape sound scary? What if one were to add in the premise of skinless monsters hellbent on flaying and eating the skin of their victims?

Winterskin from director Charlie Steeds certainly has a lot to offer to horror fans. After an onslaught of four films in just three years, this invernal horror thriller comes just in time to cool down the burgeoning Spring with its May release. Perhaps it’s not the most terrifying film that touches upon our primeval fears of the ominous menace of the outdoors, but damn, was this a good ride.

The film starts off quite simply: a father and son out hunting in a vast forest blanketed in deep snow. They’re soon separated, and as young Billy seeks refuge at a nearby cabin, he’s wounded by a surprise gunshot from inside. Upon awakening, it’s the elderly Agnes who begins to nurse him back to health so that he can make the long trek back into town.

She soon reveals that it isn’t the awful prospect of frostbite and hypothermia that threatens the pair, but rather the menace of mysterious creatures devoid of skin that nightly attempt to enter the cabin and eat the very hide of anyone unlucky enough to be caught in their bloody grasp. It is for this reason that Agnes sleeps every night barricaded in the cabin with a rifle in her arms. However, it soon becomes apparent that not all things are as they seem.

Steeds is a director who knows how to make a film very visually appealing. In addition to the gore, there are often interesting shots set amongst the looming trees. Even the supporting characters have an interesting appearance that gives Winterskin a surreal look. Furthermore, once the action kicks in, there’s no stopping it. Blood flows amply and limbs come off with wanton abandon.

Both Rowena Bentley and David Lenik strongly carry the film with very good acting. For a film where the majority of the story unfolds within the confines of a stuffy cabin, their chemistry of suspicion and isolation comes through really well. Bentley especially portrays Agnes with an enthralling, powerful madness.

However, the film has a somewhat slow first half, although the plot never ceases keeping it moving. A few aspects of the unexpected developments do make it seem as though they’re more generous accidents than well-thought out directorial decisions. It’s easy to look past this, nevertheless, as Winterskin is a movie that’s fun to watch all the way through to the end.

Winterskin delivers the gore, especially in the latter half of the film, and many scenes are filled with splatter and blood reminiscent of Takashi Miike. The film’s conclusion is interesting and fun, although one must definitely look past some really obvious leaps of logic. In conclusion, watch this film and be entertained! 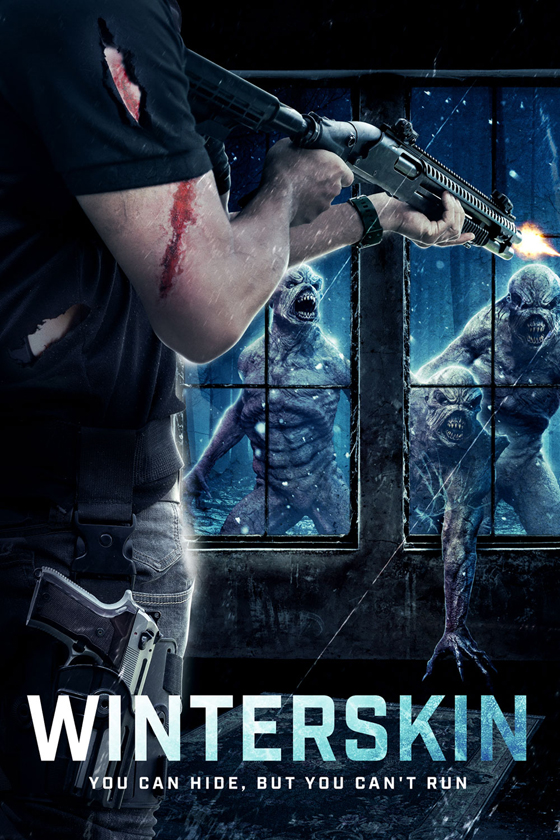