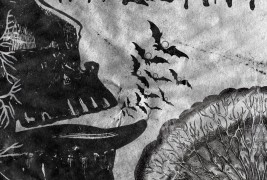 Legs McNeil, the co-founder of the revolutionary manifesto known simply as Punk Magazine, once stated that when rock and roll is done right, it is truly the Devil’s music. If this is the case, then the Devil has a helluva good taste in tunes. After accepting this theological pronouncement, the question then becomes: “who are Satan’s favorite bands?”

Answers to this question will depend on who you’re talking to. I personally have a funny little anecdote concerning the perceived evil of rock and roll. Growing up in West Virginia, Protestantism is everywhere (the Methodist faith is particularly strong in my native Monongalia County). Luckily for me, an adolescent devoted to Black Sabbath, The Ramones, and stories about historical murders, the north-central variety of holy rollers are either few and far between, or, better yet, non-existent. That said, during one of my many family sojourns to near-by Preston County (didn’t expect to be learning West Virginian geography, did ya’?), I came across true-blue Bible thumpers.

This holier-than-thou twosome had a combined age of approximately twenty, yet their little hearts and frames were fully devoted to a certain interpretation of the good word. The Devil was everywhere for them, and his malign hand was especially strong in the world of rock and roll. They told me, a kid who a day before had bought a Deep Purple CD, that the band Kiss was an acronym for “Knights in Satan’s Service.” Furthermore, the fun-loving Aussies AC/DC used their antics as a charade for their real message, which, of course, is “Anti-Christ/Devil’s Children.” At that point I’d had enough. I took these wayward urchins to my uncle’s machine shop garage, and showed them the labeled difference between alternating current and direct current.

Now that this little bit of personal history has been dispensed with, let’s talk about bands that actively court a demonic presence. Black Sabbath, the godfathers of extreme music, named themselves after a Mario Bava horror film in order to make music that people would be scared of. Fellow Brit heavyweights Iron Maiden are famous for chanting “666, the number of the Beast!” in a song that may or may not be a retelling of a famous passage in Dennis Wheatley’s 1934 novel The Devil Rides Out. Then there are those openly blasphemous bands such as Norway’s black metal triumvirate (Mayhem, Darkthrone, and Emperor), Sweden’s Marduk, and America’s own Deicide. These particular bands exploit heavy metal’s thirst for the dark side in order to cultivate an air of danger in their already threatening music.

In the world of hardcore punk, open blasphemy is hard to find. While there are plenty of anti-Christian and anti-organized religion bands, most hardcore bands are more focused on social issues and tales of personal struggle instead of arias to, in the language of Glenn Danzig, the god below. Integrity, a legendary and mysterious metalcore outfit from the industrial wilds of Cleveland, are an exception to this rule. Ever since forming in the late 1980s, Integrity, who are led by their outspoken and out-there vocalist Dwid Hellion, have shrouded themselves in an obsidian aura full of serial killers, hostile misanthropy, and glimpses of the supernatural and the occult.

Integrity’s latest release, which is entitled Suicide Black Snake, is in keeping with Integrity’s reputation. Much of this reputation seems to emanate from Hellion, a man who bills himself as a “focused terrorist of destructive artistic creation.” Hellion is also the primary arbiter of black metal-esque metalcore in that the last two Integrity albums (Suicide Black Snake and 2010’s The Blackest Curse) seem to both revolve around a shadowy concept that includes seances, worldwide plagues, and Old Scratch himself.

In the case of Suicide Black Snake, the atmospheric touches of The Blackest Curse have been discarded in favor of a brutal and frontal assault of Integrity’s unique metallic hardcore. Songs such as “Suicide Black Snake” and “Detonate VVorld Plague” aptly display Integrity’s gritty combination of Slayer-like thrash metal and hardcore punk crunch. Integrity’s other brilliant mind, guitarist Robert Orr, shines through on such tracks as “All Is None” and the devastating “There Is A Sign.” Orr’s dive bomb approach has always helped Integrity stand-out in the hardcore community, especially in today’s climate of constant breakdowns. Indeed, Suicide Black Snake is more than anything else a record that reminds listeners about those things that make Integrity uncommon. Understandably, the macho postures of such hardcore acts as Terror, Trapped Under Ice, and Madball are as likely to turn people off as on, so the horror-themed antics of Integrity and their fellow Clevelanders Ringworm are a much easier bridge to cross between the increasingly similar worlds of metal and hardcore.

While this might make Integrity seem more like a stabilizing force rather than an innovative one, it should be recognized that Integrity still sound unique and original on Suicide Black Snake despite the fact that their musical approach hasn’t changed all that much since 1991’s Those Who Fear Tomorrow. And while Suicide Black Snake isn’t as groundbreaking as Humanity is the Devil, Integrity’s magnum opus from 1996, it is a lean monster full of exquisite riffs and potent (if not poisonous) ideas. Suicide Black Snake is a welcomed addition to one of the most interesting catalogs and stories in the history of underground music.

Suicide Black Snake is currently available on A389 Recordings. 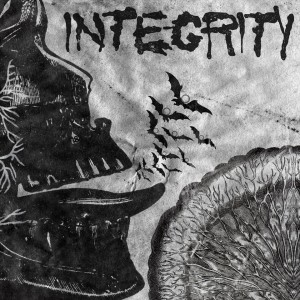