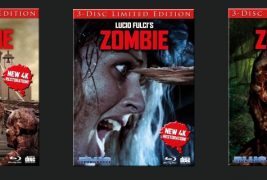 A 4K resto of Lucio Fulci’s Zombie?  Blue Underground, you have my attention!

Seriously, I won’t list all the reasons here, but if you read the press release below and don’t feel compelled to beg this Blu-ray of the bearded fat man around the time Jack Frost is drunkenly belching eggnog in your earhole, well….

Just in time for its 40th Anniversary, Blue Underground is proud to present ZOMBIE in a brand-new 4K Restoration from the original uncut and uncensored camera negative.

In Italy, it was considered the ‘unofficial sequel’ to DAWN OF THE DEAD. In England, it was known as ZOMBIE FLESH EATERS and banned as obscene. In America, it was called ZOMBIE and advertised with the depraved tag line “WE ARE GOING TO EAT YOU!”

Tisa Farrow (THE GRIM REAPER), Ian McCulloch (CONTAMINATION), Al Cliver (CANNIBALS), and Richard Johnson (THE HAUNTING) star in this worldwide splatter sensation directed by ‘Maestro Of Gore’ Lucio Fulci (CITY OF THE LIVING DEAD, THE HOUSE BY THE CEMETERY) that remains one of the most eye-skewering, skin-ripping, gore-gushingly graphic horror hits of all time.

This is a ZOMBIE release like never seen it before, bursting at the seams with hours of new and archival extras. It includes the Original Motion Picture Soundtrack CD by Fabio Frizzi (with an exclusive bonus track), a collectible booklet with a new essay by Stephen Thrower, and a ton of other killer bonus features. A complete list is below…

·         NEW! When The Earth Spits Out The Dead – Interview with Stephen Thrower, Author of Beyond Terror: The Films of Lucio Fulci

·         Notes on a Headstone – Interview with Composer Fabio Frizzi 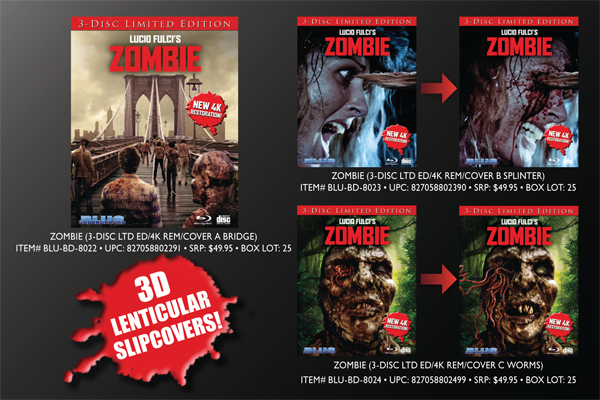 About: Blue Underground is the entertainment company dedicated to guilty pleasures for adventurous movie lovers. Established in 2001, Blue Underground’s goal is to bring cool movies to fans all over the world in beautiful, Criterion-level special editions. They are definitive discs of some remarkable films, all fully restored, remastered and packed with the most mind-blowing extras in the business. Blue Underground is always searching for fun movies, undiscovered films, and films for people that are into movies. We’re committed to bringing these movies out of the dark and back into your life where they belong! For more information, please visit www.blue-underground.com. 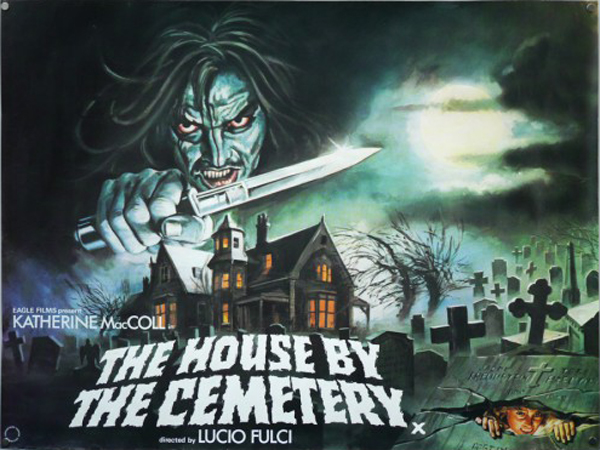