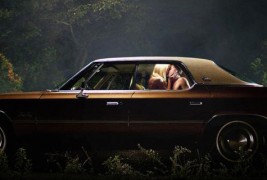 In both films, the characters inhabit a fairly insular section of suburban Detroit. This is the type of place where neighbors know, but suspect one another and houses hold not just people, but their many miseries as well. On top of this, Mitchell never lets his audience forget that an all-American favela is just a drive away, and It Follows in particular plays up the many contrasts between suburbia and inner city, or, in this case, suburbia and Grozny circa 1996.

The push-pull between claustrophobia and empty expanse provides much of the mood in It Follows. Mitchell’s film is certainly atmospheric, and for the most part, this atmosphere can be summed up in one word: doom. Because the viewer clings so close to Jay Height (played by Maika Monroe) and her small band of misfit friends, the viewer is never allowed to feel safe, no matter if Jay is in an abandoned building or lounging by the shores of Lake Huron. Added to this creeping dread is the film’s antagonist — an ever-changing zombie (or demon or succubus or incubus or whateverthehell) which always seems to be right around the corner or just out of sight even though it has to walk everywhere.

At the sake of distilling a plot down to its crudest component, It Follows is a horror film about nookie. It’s also about young adult intimacy and how teenagers often struggle with letting other people in. Furthermore, you can make the argument that It Follows, with its missing authority figures (Jay’s mom is a drunk, while her friends either have parents who are deceased or might as well be), presents a sort of nightmare existence wherein the kids run the asylum. But I digress. The film, alas, is about the thing that that other Michigander Bob Eubanks loves most (whoopie!). 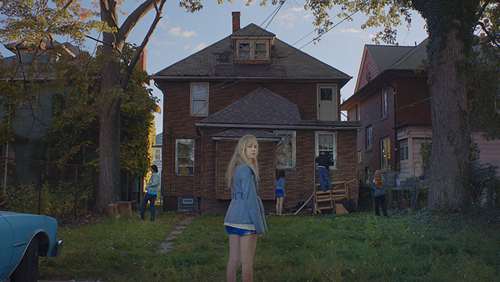 In short, the unexplained curse that is central to the film can only be passed on through intercourse. While we can only assume that the film’s first victim had just recently caught the supernatural clap (the jezebel runs around in high heel shoes, red ones no less) before being mangled, the real ball gets rolling when Jay and Hugh (played by Jake Weary) start taking their relationship more seriously.

Amazingly, even after Hugh points out an invisible woman in a yellow dress during their movie date featuring the 1963 classic Charade, Jay still makes the decision to give up the goods. The pair parks and makes nice next to some gutted factory, and for a while everything is groovy. Then, instead of dragging on a cigarette or promptly fleeing the scene, Hugh smothers Jay with a rag soaked in chloroform. When she finally wakes up, Jay finds herself tied to an office chair with an obviously nervous Hugh bouncing around the empty factory with a flashlight.

This is the point where the party really crashes. Hugh tells Jay that he slept with her in order to pass on a strange and thoroughly inexplicable curse which causes people to see a usually nude or partially nude being shuffling after them. It Follows never gives a reason for the creature’s existence or explains why the curse exists in the first place. The baddie in It Follows is just there, and like a nightmare, it cannot be rationalized or thoroughly quieted. Even facing the monstrosity down, which Hugh forces Jay to do while bound to the wheeled chair, only causes more panic.

And unfortunately for Hugh, who’s really Jeff, his one night backseat tango with Jay doesn’t stop the monster from pursuing him. But the audience isn’t really supposed to care about Hugh/Jeff. Our main concern is Jay and her assorted teenaged chums. First there’s Paul (played by Keir Gilchrist), the beta male stereotype who wants to be something more than just Jay’s friend. Next are Jay’s sister Kelly (played by Lili Sepe) and Yara (played by Olivia Luccardi), a weirdo who reads Dostoevsky’s The Idiot on her clamshell phone. Finally, Jay’s last compatriot is Greg (played by Daniel Zovatto), the boy from across the street who’s reminiscent of both Johnny Depp in A Nightmare on Elm Street and Judd Nelson in The Breakfast Club. This is the crew that tries to strike down Jay’s sexed-up stalker from another world, even though it’s completely imperceptible to most of them. 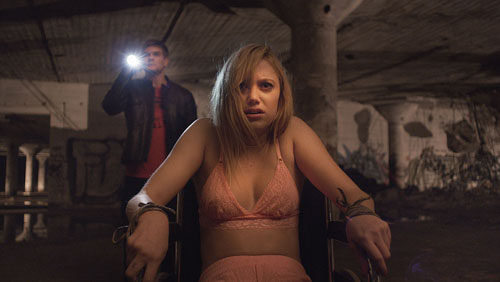 Besides the small mystery subplot involving the search for Hugh’s real identity (which takes the hard luck gang to a seriously crummy and crumbling house that we can only guess was occasionally used by Hugh/Jeff in order to throw the monster for a loop), It Follows has a reasonably inconsequential plot. For the most part, Jay and her pals run from place to place in order to avoid the walking AIDS ghoul, and sadly for them they’re not too good at it. In one case they even try and coax the thing into a swimming pool in order to electrify it with numerous household appliances. It doesn’t turn out very well.

While the major storyline of It Follows concerns running and Jay’s failed attempts at passing the curse on, what’s really important in the film is its mise-en-scène. From its 360 degree camera pans to its muted color palette, It Follows is an art film working inside of a populist flick. Mitchell and cinematographer Mike Gioulakis pepper It Follows with wide-angle shots, slow transitions, and a few steady cam moments. More interestingly still, Mitchell and company pull off all of this “artsy” production and yet the obviously intentional nostalgia of It Follows never diminishes.

From Rich Vreeland, alias Disasterpeace, and his score (which is the most striking part of the film in its beautiful mash-up of John Carpenter and Fabio Frizzi) to the numerous nods to older films (the pool scene is meant to invoke Cat People, the 1942 classic which also links sex with terrifying transformations), It Follows presents what Italian horror from 1980 would look like today if it switched out overt gore for overt sexuality. While watching It Follows, I could not help but think of Nicholas Winding Refn’s brilliant Drive — another modern film designed to look retro. And like Drive, It Follows ends with an unclear resolution and a lingering feeling that instead of watching a film, the viewer has just seen vague impressions or a set of expressionist feelings translated to the screen.

Yes, It Follows deserves the buzz it has generated. Some have even already labeled it an instant classic. I myself am a little hesitant to go that far, but it sure is a damn good film. Its one drawback is that it lets too many people down too many times. For a film that constantly threatens its audience with jump scares, It Follows rarely delivers. Likewise, while It Follows maintains a steady sense of foreboding, desensitized viewers are likely to get bored at certain points. Still, the baby and its bathwater shouldn’t be separated, and It Follows is wonderful as is. 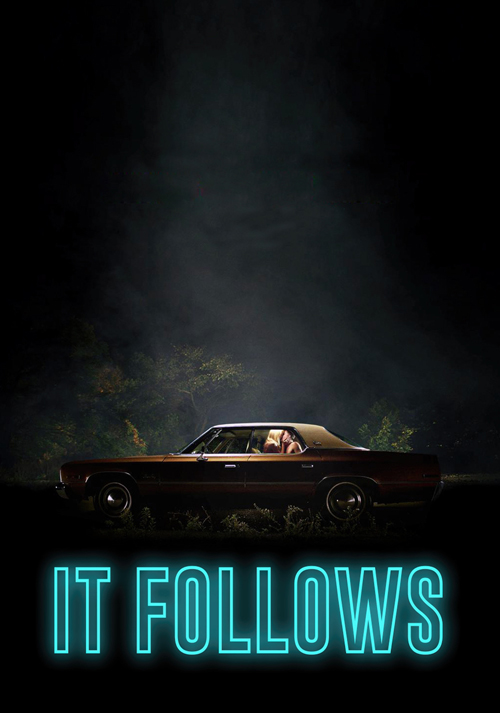 One thought on “It Follows Movie Review”