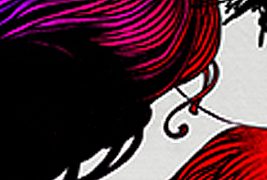 At first blush, All My Colors seems to slot neatly into the subgenre of “writer horror” — a book that delves into the fear that lingers at the edges of creativity. In some respects, it shares much in common with Stephen King’s novella Secret Window, Secret Garden or Kathe Koja’s cosmic artist’s horror, Cipher. But while author David Quantick‘s concept may start there, it wanders off into a different and more timely direction, cut through with a Jordan Peele-esque level of social satire.

In the book’s first chapter, readers are introduced to Todd Milstead, the kind of insufferable know-it-all and unrepentant jerk that we’ve all had the misfortune of knowing (or perhaps dating) at least once. Todd is a wannabe writer who never writes, preferring instead to live off his more affluent wife and host parties where he can invite other wannabe writers and make them feel inferior with the tyranny of his aesthetic opinions and, of course, his eidetic memory. What’s worse than a chronic mansplainer? A chronic mansplainer who can quote books word-for-word from memory.

While using this party trick, Todd inadvertently discovers that he has perfect recollection of a book that no one else has ever read or even heard of. And when his wife leaves him, Todd has a brilliant idea for supporting himself: He’ll just write the book, sell it, and become a rich and famous author. What could go wrong?

But things start to get weird soon after. Once he starts writing, he is physically unable to stop, as though an outside force were acting on his body. People close to him begin to die in gruesome ways. And a certain mysterious figure begins to haunt him everywhere he goes…

Quantick has his roots in screenwriting, and it’s made clear in the way All My Colors unfolds. There are long passages of story that rely almost exclusively on dialogue, with characters seeming to trade barbs in otherwise empty space. This keeps the pace brisk, but it does allow the story to feel untethered at times.

The book bills itself as both a comedy and a cosmic horror, but it straddles the line in a way that keeps it from being fully effective at either. It is more absurdist than comedic; the book is funny, but in a way that invokes a wry smile more than a laugh. Its brand of horror is also unique: Although there are moments of genuine terror and bloody mayhem, much of the narrative is wrapped up in the fear of the “too good to be true.” We watch as Todd stumbles blindly through one undeserved good fortune after another, and it’s impossible not to squirm with knowing it’s all bound to end in a terrible manner.

The creators in the audience may be unsettled by the story’s questions about where ideas come from and just what compels us to put words on the page, but the real heart of All My Colors lies in a somewhat different question: Who has the right to tell another person’s story, and what if there were a real, bloody price for talking over others in the room? It’s a surprisingly fierce proponent of #OwnVoices from an unlikely – even ironic – source, but then maybe this is a story that can only be told by the privileged white male type who most needs to hear its message.

The ending itself is perhaps the story’s greatest strengths, a double helix of twists worthy of The Twilight Zone. It also raises some of the most interesting questions, leaving you with plenty to ponder once you’ve closed the book. I won’t spoil the takeaways, but I will say that the story left me puzzling for days after, which is perhaps the highest measure of success for a story like this. If you’re looking for a fun romp with a hidden bite, All My Colors fits the bill perfectly. 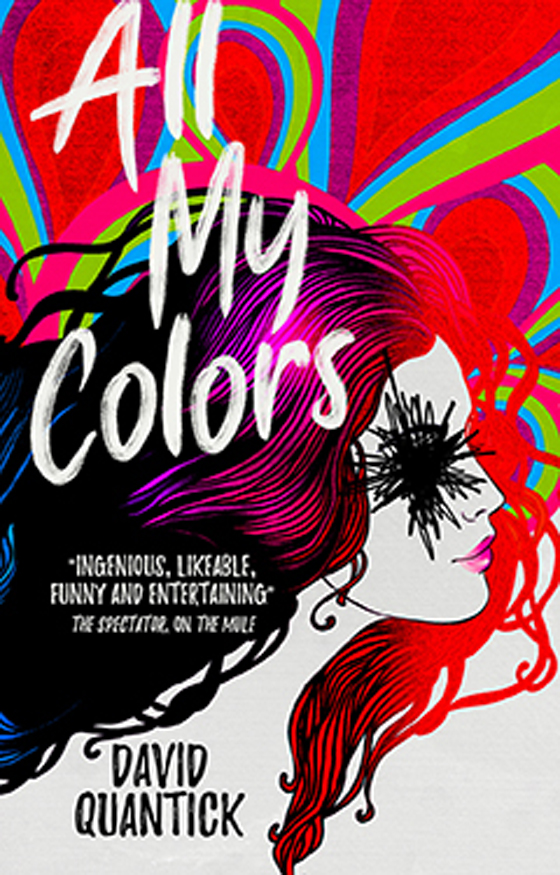