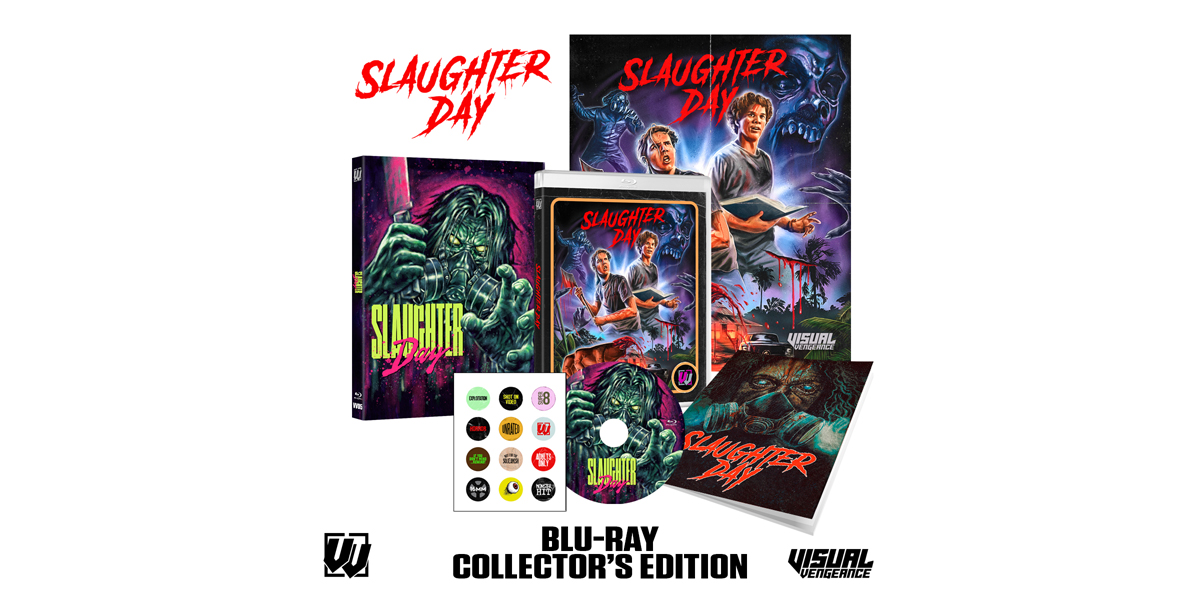 Visual Vengeance—a new imprint of Wild Eye Releasing—is here to salvage as much SOV horror, exploitation, and sci-fi from the ‘80s and ‘90s as possible and they do it by way of high-quality (ironic, I know) Blu-ray releases of the era’s most infamous titles.

Their latest such release will be Brent and Blake Cousins’s 1991 SOV action-horror bloodbath Slaughter Day slated for release on September 13. 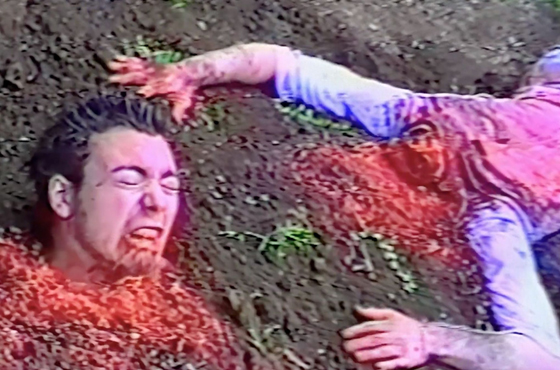 From Visual Vengeance: “[Slaughter Day is a] rarely seen super obscurity of the shot on video era, and arguably the most insane and ambitious micro budget horror action movie ever made! In the rural recesses of Hawaii, a pair of friends must fight an ancient evil force brought to life by an occult book that possesses a group of construction workers, turning them into murderous maniacs. Shot and edited on consumer grade equipment by twin brothers Brent and Blake Cousins, Slaughter Day is packed from start to finish with kinetic lo-fi action scenes, gonzo camerawork and a truckload of homemade gore.”

– First time ever available on disc

– Limited Edition Slipcase by The Dude Designs — FIRST PRESSING ONLY

– ‘Stick your own’ VHS sticker set

Follow Visual Vengeance on social media to keep up with the latest news on their upcoming releases! 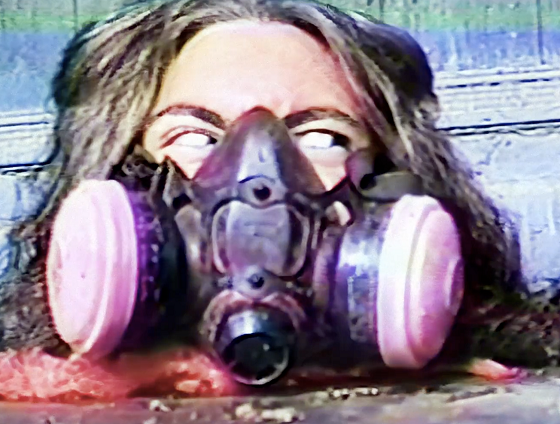