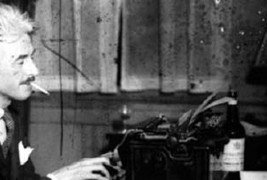 “He was spare, frugal, hard-boiled.” That’s how Raymond Chandler, a great writer himself, characterized Dashiell Hammett in “The Simple Art of Murder.” Chandler also quipped that Hammett “gave murder back to the kind of people that commit it for reasons.” In saying this, Chandler was of course referring to the then more popular British school of detective fiction. The representatives of this school included Agatha Christie, Dorothy L. Sayers, and Ngaio Marsh. These authors particularly favored eccentric and private detectives who pursued the occupation of sleuthing like an art or a Sunday puzzle. Likewise, their adversaries tended to be high-class sociopaths who liked to dispatch their victims with exotic poisons, heirloom dueling pistols, or Nepalese khukris.

The motivations driving these genteel slayers often oscillated between the frivolous and the highfalutin’. Justice Wargrave in And Then There Were None is obsessed with righting the wrongs of injustice, while Franklin Clarke in The A.B.C. Murders tries to outfox Hercule Poirot. He, like so many others, fails and Poirot and Colonel Arthur Hastings do their upmost to see him off to jail.

When Samuel Dashiell Hammett, a former Pinkerton operative and ex-soldier struggling with tuberculosis, came on to the literary scene in the early 1920s, much of the reading public still equated “detective” and “crime” fiction with Sherlock Holmes—the coldly cerebral master of the complex plot. After a quick start in H.L. Mencken’s The Smart Set, Hammett began writing fast, highly violent, and somewhat coarse detective tales for the pulp magazine Black Mask, and although Carroll John Daly’s private detectives Three Gun Terry and Race Williams predate the creation of the anonymous Continental Op by a few months, Hammett is nevertheless the man often credited with giving the detective story a uniquely American voice.

In Hammett’s short fiction, The Continental Op, a short, cubby, and middle-aged detective, is tasked with solving the type of crimes that were routinely covered by Jazz-Age journalists. This was the time of the Halls-Mills murder case and this was the time of Leopold and Loeb. As such, Hammett’s stories, which involved greed- and lust-murders done by people on the fringes of society, felt especially realistic. Hammett’s own background as a private detective added an even greater weight to the legitimacy underlying these stories, whether or not one believes that they were written to assuage Hammett’s guilt for having worked as anti-union muscle (this is James Ellroy’s contention).

Still, despite all the congratulatory praise heaped upon Hammett, and despite the endless streams of critics who assign Hammett the role of detective fiction’s first social realist, there is a thoroughgoing stream of the fantastic in a lot of Hammett’s supposedly prosaic work. For instance, 1925’s “The Gutting of Couffignal” has a gang of White Russian émigrés taking over a California island as part of a pre-planned invasion, while “Dead Yellow Women” (also from 1925) has a Chinatown-based crime lord at its center like a hard-boiled update on Fu Manchu.

None of these of course come close to The Dain Curse—Hammett’s second novel and the last to feature The Continental Op. Published in the summer of 1929, The Dain Curse begins as a simple jewel heist in San Francisco then quickly turns into a vortex full of murder done in the name of obsession. As with most of Hammett’s work, there are few white knights and even fewer Vestal virgins, but The Dain Curse houses some unbelievably nasty people, and from dope addiction to phony cults, this tale of serial murder seems more pulp and less like big “L” literature than Hammett’s usual stuff. 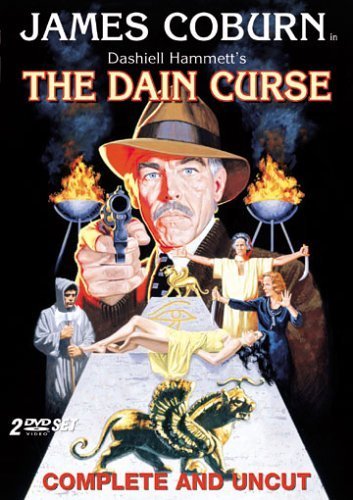 The novel opens in the Leggett house—a somewhat prosperous family consisting of Edgar Leggett, his daughter Gabrielle, and his wife Alice. Attached to the Leggetts are their house maid Minnie Hershey and Gabrielle’s boyfriend Eric Collinson. In the very first chapter, this family is shown to be off-kilter, especially Edgar who keeps a laboratory in his private chambers. The family also seems somehow haunted, and after Minnie quits over accusations of her thievery, The Continental Op starts to get a feeling that the Leggetts are abnormally anxious. Is it because of the man spotted near their house during the day of the robbery? Is it because of the strange people often entertained by Edgar? Or is just a general stain—a pox on the House of Leggett?

The answer is pretty much all three and more. The Leggetts, like all good families in detective novels, have dark pasts that they desperately want to conceal. Edgar, instead of being a wealthy eccentric, is actually Maurice Pierre de Mayenne—a convicted murderer who fled from Devil’s Island with a fellow inmate. Alice Leggett was born a Dain, and along with her sister Lily, she crossed paths with the doomed de Mayenne in Paris. Lily winds up dead, and in the novel’s middle section, it is revealed that her killer was actually the toddler Gabrielle, who was trained by Alice to kill.

This then is the “Dain curse” of the title. As the story goes, whoever comes into contact with a Dain is sure to come into great trouble. Death follows the Dains, and The Dain Curse certainly has a long list of folks bound for the morgue. Some die by strangulation, and there is at least one death via a ceremonial dagger. Most die by gunfire in The Dain Curse, but this doesn’t mean that there aren’t moments of creativity (one of the more shocking moments comes courtesy of small IED). Like its precursor Red Harvest, The Dain Curse is a real blood-and-guts thriller novel that is told at a quick pace that allows for no down time. But unlike the neo-western Red Harvest, The Dain Curse has an actual element of mystery, albeit a brief, quickly debunked one.

This strangeness comes from the Temple of the Holy Grail, a cult Christian group in San Francisco who claim that their style of worship harkens back to the Gaelic Christianity of King Arthur (Owen Fitzstephan, the novel’s writer character, adds a nice little kernel when he simply says “Arthur Machen” when The Continental Op describes the Temple of the Holy Grail). When Gabrielle Leggett attempts to recoup at the temple’s headquarters in San Francisco, an air of menace pervades the place like the spent of scene of séance gone bad. Funeral flowers—lilies of the valley and moonflowers—adorn several rooms, while the Haldorns, the couple responsible for the cult, parade around in single-colored robes like modern druids.

The climax of the novel’s weirdness occurs when The Continental Op experiences an apparition in his room inside of the Temple of the Holy Grail’s dark building:

Not more than three feet away, there in the black room, a pale bright thing like a body, but not like flesh, stood writhing before me. It was tall, yet not so tall as it seemed, because it didn’t stand on the floor, but hovered with its feet a foot or more above the floor. Its feet—it had feet, but I don’t know what their shape was. They had no shape, just as the thing’s legs and torso, arms, and hands, head and face, had no shape, no fixed form. They writhed, swelling and contracting, stretching and shrinking, not greatly, but without pause.

The appearance of this creature presages Joseph Haldorn’s madness, which manifests itself as a murderous example of a God complex. It takes The Continental Op’s bullets to finally put an end to Joseph Aldorn and the entire Temple of the Holy Grail.

Since The Dain Curse is a detective novel, no ghosts can stand without explanation. Later on it is revealed that the Temple of the Holy Grail was an elaborate criminal operation masterminded by the novel’s primary orchestrator of death. And like an episode from Scooby-Doo, the thing that The Continental Op saw in his room was merely a phantasmagoria pumped into his room along with some chemicals to heighten the affect. The Continental Op brushes aside the Temple of the Holy Grail as yet another kooky religious cult in California—the type of entity that not only existed in real life, but also existed as a staple in later detective fiction (Ross Macdonald’s debut Lew Archer novel, The Moving Target, features a one-man sun cult in Southern California).

Re-reading The Dain Curse after almost four years, I was struck by how illogical most of it is. Even the Roaring ‘20s could not have been this chaotic, plus The Dain Curse follows in the footsteps of its British school predecessors by having a seemingly unconnected series of events be under the command and direction of one diseased mind. There is a reason why The Dain Curse is often ranked as Hammett’s worst novel: it is not a trailblazer like Red Harvest, it lacks the grandiose magic of The Maltese Falcon, and it is neither campy like The Thin Man nor tragically earnest like The Glass Key. The Dain Curse is in fact Hammett’s lone exploitation novel and it is his only foray into the darker strands of mid- 20th century pulp. There’s a suggestion of horror running throughout The Dain Curse, and even though this novel ends as a hard-boiled action thriller, it nevertheless highlights the deep connections and affinities between detective and horror fiction.