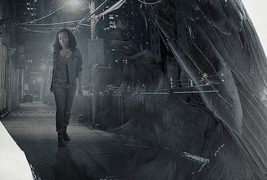 Are you a doer or a watcher? If you were to see a brutal assault take place right in front of you, would you try and stop it? Would you act like nothing happen and go on with your day as usual? Would you stand by with phone in hand and record the brutality to show your friends? Final Destination creator Jeffrey Reddick has a new feature called Don’t Look Back, which delves into how the decisions you make, or don’t make, can come back to haunt you. The premise of this film is an interesting one, but does it make its point strongly enough? Grab a snack and watch your back as I tell you a little bit about Don’t Look Back.

The story starts out with a girl named Caitlin (Kourtney Bell) and her father having a mildly celebratory breakfast for her birthday and engaging in fun conversation. Suddenly, there’s a knock on the door.  Caitlin opens it without giving it much thought and gets rushed by a couple of masked thugs. The thugs knock her to the floor, but she still manages to see her father get shot and killed.

After her session, she decides she feels well enough to go for a jog in the park. During her jog, she encounters two men, one’s a suspicious looking fella and the other is a seemingly friendly man named Douglas (Dean J. West). As soon as she has a brief exchange with Douglas, he’s suddenly brutally assaulted by the suspicious looking guy. Douglas is getting the shit beaten out of him in front of a group of bystanders, all of whom do nothing to help.

Naturally, there’s a guy, standing around with his phone out, but he doesn’t bother to call the cops or do anything else helpful. Instead, he’s filming everything because that’s apparently the thing we do these days.  Enter Douglas’ pissed off brother, Lucas (Will Stout), who wants someone to take accountability for what happened, or didn’t happen, regarding his brother’s senseless death.

Eventually, the group of bystanders, Caitlin, and Lucas are all brought together face to face. The folks who witnessed the assault are regretful for not doing anything to help save Douglas and they express their reasons for not helping to Lucas. The reasons include fear and selfishness among others, but of course, none of the excuses seem to really make Lucas feel any better or gain any closure.

Once that meeting is over, things finally begin to get kind of interesting. In a series of strange coincidental events, the group begins to get picked off one by one. And every time there’s a death, Caitlin seems to be at the scene. Also, the presence of a black crow accompanies every death. Who or what is killing the people who let Douglas die? Is Karma really a bitch or is someone just really pissed off? Oh, I forgot to mention that there’s also quite a bit of subtle and not so subtle religious stuff thrown into the mix, so it might even be the wrath of God striking down the people for what they did or didn’t do. Who knows?

Don’t Look Back is more of a bland thriller, even though it’s described as being horror. While this movie isn’t awful, it is pretty lackluster. If anything, the most horrific aspect to this film is the fact that it focuses on how society is okay with just standing by and watching terrible things take place. Otherwise, the story starts off slow and both the dialogue and interaction between the actors is just kind of boring. The kills and gore are pretty mild, but there are some decent effects used when the more supernatural elements of the story come into play.

If you want to give Don’t Look Back a watch for yourself, you can find it right now on Amazon Prime for $6.99. 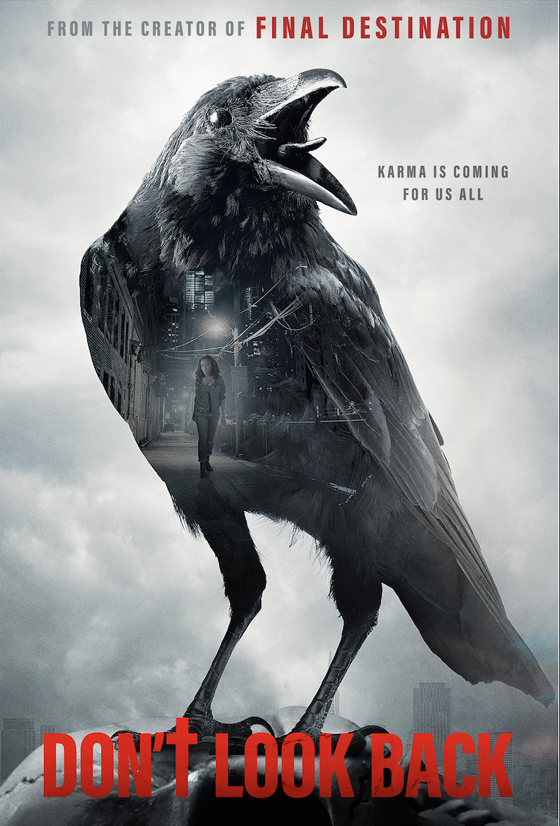