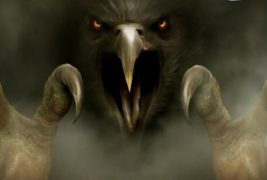 Giant birds snatching children out of yards. Terrifying man-bird hybrids stalking the countryside in the middle of the night. Pterodactyls screaming through the clouds! Welcome to Illinois, folks!

I have always been fascinated with the weird and strange stories of the Land of Lincoln. The state has quite a reputation as a hotspot for weird activity, although in the twenty-eight years I lived in the state, I didn’t see anything particularly odd.

Tales of giant winged creatures have been told since native tribes roamed the land. The legend of the thunderbird is one that almost every Illinois resident has heard at one time or another. If you went to elementary school in the state and attended any one of several field trips to the local museum, you undoubtedly were told about these enormous animals.

In Seth Breedlove’s Terror in the Skies, a collection of cryptozoology and folklore experts team up to discuss the state’s history of mysterious flying creatures. The results are a mixed bag of entertaining stories, illustrated re-enactments of the encounters and a well-researched piece of Illinois history. 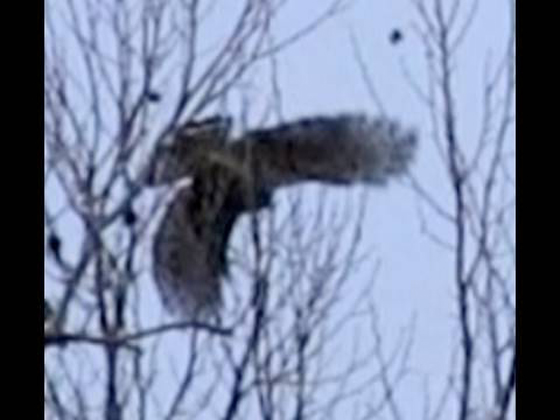 Whenever you ask someone to sit down and watch a documentary about something as potentially eye roll-inducing as thunderbirds, there’s a good chance you’re going to lose the audience fairly quickly if you don’t bring the goods. Breedlove and his team put together a solid hour-plus piece that keeps the viewer’s attention from start to finish.

While I do have a few minor issues with the film (most notably the fact that the narrator pronounces the town name of Cicero (Sis-er-oh) incorrectly…sorry, it’s just the Illinoisan in me!), overall I liked what I saw. The production value is solid throughout, with the aforementioned illustrated re-enactments and the well-known “Texas John thunderbird footage” really enhancing the overall quality of the project.

There have been seventy-one sightings of enormous birds in the state since 2011, most of them coming in 2016 when the media attempted to make a very popular non-Chicago monster their own (The Chicago Mothman doesn’t even sound right). While most of these encounters can probably be shrugged off as turkey vulture sightings, some have a hard time accepting that people would confuse a turkey vulture with “a bird the size of a small airplane” or “a bird with a twenty-foot wingspan.” Animals such as the teratornis did exist, and their wingspans were able to reach eleven to twelve feet. What are the odds of a living specimen inhabiting the Great Plains and not being seen more often? 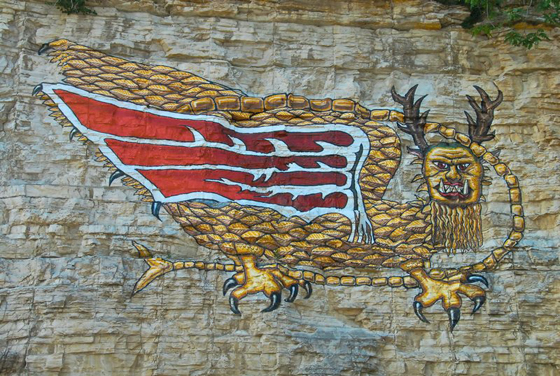 Then, of course, there’s the Andean condor which still lives today and can have a wingspan up to ten and a half feet. But the condors are native to South America and if it were a condor, that still doesn’t explain the folks who have seen a “man with giant wings running alongside our vehicle” or “extending his wings and flying through the sky,” does it?

Let’s be real—there’s probably no such thing as a thunderbird, just like we’ve yet to see a Bigfoot or a skunk ape. Although the documentary does have an intriguing theory on what these thunderbirds actually are and if the theory holds true, these birds may have more in common with Bigfoot that you’d think. But you have to check out the film to get the goods on that.

Two weeks ago, my grandmother called me in a frenzy because she insisted she saw the biggest bird she’d ever seen in her backyard. She claimed the bird “had to be at least seven feet tall.” A few days later, she spoke to a neighbor who said the area gets a few turkey vultures from time to time. Upon hearing my grandmother’s description of the great beast, the neighbor confirmed he’s been seeing those birds for over twenty years. Suddenly, the “biggest bird ever” with a height of “at least seven feet tall” was fingered as a bird that can have a wingspan of six feet and a length of less than three feet. A thunderbird or cheap Mothman knockoff, this creature was not. But that particular personal experience of mine just hits home the point of how easy it is to turn a mundane bird sighting into something so much more.

Whether or not you believe in the thunderbirds or whatever entity is showing up in nearly every corner of the state, if you’re a fan of cryptids and documentaries about the weird and unexplained, Terror in the Skies is worth a watch. 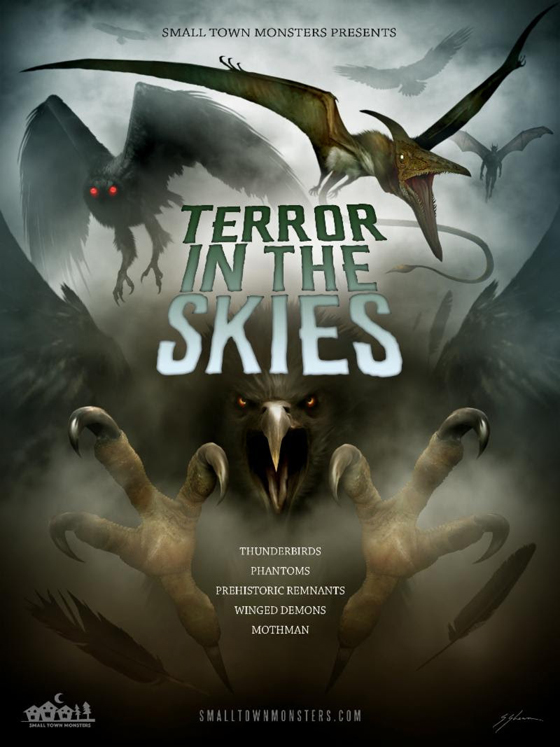