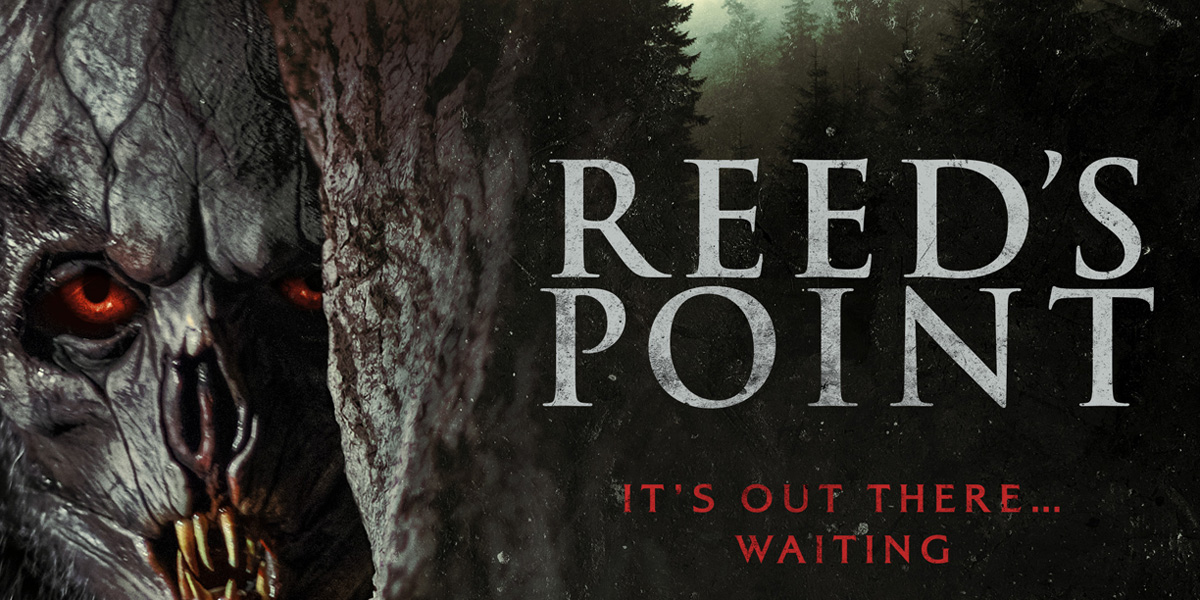 There’s a surprising dearth of Jersey Devil movies out there. Of all the cryptid stories and creepy monster tales floating about, the 13th child of Jane Leeds seems to shy away from the spotlight. Every few years we’ll get another movie about Bigfoot, or some giant sea-creature, or sometimes just a plain old wild animal. Those stories usually revolve around the creature just trying to live its life while your local gang of idiots blunders their way into the (usually sharp) jaws of death. Very rarely will these stories have an overtly malevolent force at play.

And that’s what makes the Jersey Devil’s cinematic absence so particularly noticeable. Here we have a creature of pure evil. Not some undiscovered animal wreaking havoc on the unsuspecting populace. Not the wilderness keeping man’s hubris in check. No, the Jersey Devil is a creature sprung from the loins of Satan himself, stalking the Pine Barrens of New Jersey and unleashing all hell upon anyone foolish enough to stumble into its domain. The very premise of the creature should be rife with various takes and interpretations of horror, and yet very rarely does it make an appearance.

Which brings us to Reed’s Point.

In director Dale Fabrigar’s latest feature, recent high school graduates Sarah (Sasha Anne) and Kelsey (Madison Ekstrand) hit the road for a vacation with Kelsey’s father. The girls are disappointed to hear that before the trip can truly start, Kelsey’s father must first take part in a few business meetings regarding land in Reed’s Point. As night falls, the overworked driver of the RV crashes in the thick forest of the New Jersey backroads.

Sarah awakens in the woods, pulled from the wreckage by the driver who warns her that they are not alone out there. She finds Kelsey lying on the ground struggling to regain consciousness. Before she does, something drags Kelsey into the darkness and kills the driver, leaving Sarah alone in the woods.

One year later, Sarah and Kelsey’s boyfriend Alex (Evan Adams), the only other survivor of the crash, return to Reed’s Point seeking to finally learn the truth of what exactly happened that night.

For all the potential backstory that can be pulled for the Jersey Devil, the largest hurdle in using the monster is that while there is rich history, there’s not much intrinsic to the creature in the way of plot.

You can go the wild animal route, or you can go the supernatural route. In the end, the basic idea still revolves around people stuck in the woods getting picked off one by one. Reed’s Point wisely navigates this potential pitfall by wrapping the legend around a tale of paranoia and conspiracy.

Sarah and Alex cross paths with several characters whose motivations are anything but clear. Upon their return to Reed’s Point, they meet the town crack-pot Steve (Joe Estevez) who rants in the general direction of anyone with ears that the Jersey Devil is coming for them.

They make a deal with the local handyman Hank (Anthony Jensen) who agrees to lead them into the woods to find the location of their deadly accident. As long as they pay cash for his troubles.

As the night proceeds, they meet Eric (Joseph Almani), a Jersey Devil Expert who lives deep in the woods and answers his front door with a loaded gun in his hand.

Who can be trusted to lead Sarah and Alex to the answers they seek? Who is a threat?

Reed’s Point makes an effort to draw out the tension between trust and skepticism as Sarah and Alex encounter the locals who may or may not know more than they let on. The script also dances around the true nature of the monster. Is it real, or is it the result of an overactive imagination? Or perhaps there’s a far more human evil that stalks the forests? The answers to these questions are kept purposefully vague right up to the very end.

The pacing of the movie is quite prompt as the story unfolds. Sometimes too prompt. The most interesting element of Reed’s Point is the mystery at the center of the story. However, this mystery often isn’t given quite enough room to breathe. Hints of shady land deals and disgruntled property owners are dropped in blink-and-you’ll-miss-it lines of dialogue and then just as quickly forgotten in favor of the next turn of events. If given a little more time to bake, the plot would come across with a little more weight.

Which is not to say the movie is a miss. There are enough curveballs and unexpected developments through the course of the story to keep things interesting through the entire run-time. The standout performance is that of Hank, the grifter-handyman turned reluctant rescuer. His character goes through the most shades and moods over the course of the film. He comes across as believable at all times and the film truly shines when teasing out questions regarding where exactly he stands.

As a monster movie, it tends to be a little light on the nastier side of things. Not completely void of bloodshed, but when it arrives it doesn’t hit quite as hard as it could. There are some good gore effects early on, shortly after the RV crash, which hint at greater things to come. However, it never quite ups the ante after that. There are some solid death scenes, just not quite as many and not quite as gruesome as I would have preferred. Granted, I am something of a gorehound, so anything less than a couple hundred gallons of blood will leave me rather underwhelmed. Your mileage may vary.

Reed’s Point is a commendable effort and is worth checking out. Minor criticisms aside, the combination of Monster-Movie and Thriller blend together very well. The quick pace ensures that it’s never boring, and a handful of genuinely surprising plot developments keep it interesting the entire time. If for no other reason, Reed’s Point is worth a watch just to catch a cinematic appearance of the Jersey Devil. He tends to show up on screen with about the same frequency as he does in real life, and you really don’t want to miss your latest chance.

Reed’s Point will be available on DVD and Digital April 12. 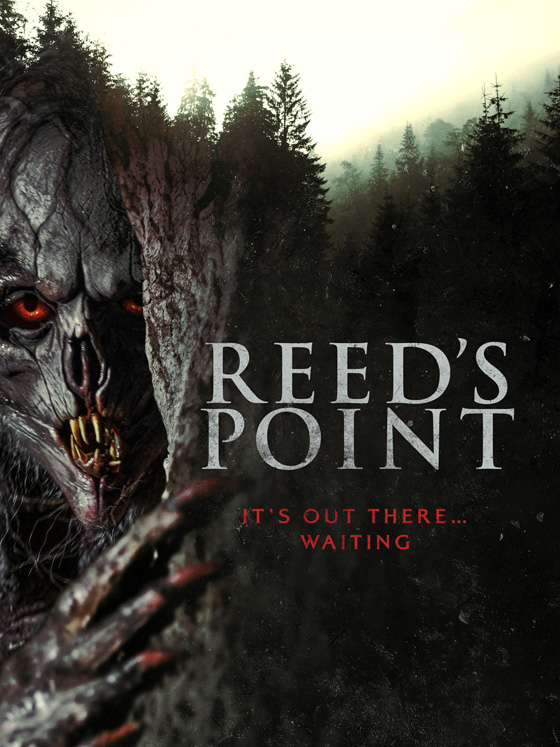