Episodes nine through 16 of AMC’s massive 24-episode final season of The Walking Dead are now interred and moldering away inside the Crypt of Television Past.

Functionally, these middle eight episodes are analogous to the second part of any trilogy. The stakes get higher. Our heroes face desperate odds. The story feels ominous, and things get dark. In cinematic terms, these episodes could be considered The Empire Strikes Back, or even The Godfather II of this final season. Of course, they could just as easily be this season’s Porky’s 2: The Next Day.

Rest assured, though, Horror Fans, whether you think The Walking Dead’s coup de grace thus far is high art, shlock, or something in between, we’re now officially eight episodes away from wrapping up one of television’s biggest hits and what will long be considered one of our genre’s most transcendent successes.

When we left off, Daryl (Norman Reedus)—posing as a loyal member of his ex-lover Leah’s group of mercenaries known as the Reapers—helped Maggie (Lauren Cohan) and Gabriel (Seth Gilliam) infiltrate Meridian with a herd of walkers so they could acquire the food stored there. During her time away from Hilltop and Alexandria, Maggie had called Meridian home until it was violently taken by the Reapers.

As the plan unfolded, Daryl revealed to Leah (Lynn Collins) that he was working with Maggie and Gabe, and he asked her to join them. Leah refused, declaring her commitment to the Reapers as she opened fire on Maggie, Gabe, and the walker herd.

Episode nine opens with the herd destroyed, and Maggie and Gabe alive and well. This leads to a tense skirmish between Maggie’s group and Leah’s group which results in lots of dead Reapers. The high-stakes confrontation culminates with the capture of a Reaper named Carver (Alex Meraz) whom Daryl offers to trade for safe passage out of Meridian. Leah takes the deal, but Maggie kills the remaining Reapers anyway and Daryl allows Leah to escape.

Maggie and the others return to Alexandria with the food they’d secured from Meridian. Daryl finally reunites with Connie (Lauren Ridloff) while Eugene (Josh McDermitt) shows up with Lance Hornsby (Josh Hamilton), the Deputy Governor of the Commonwealth. The episode ends on an ominous note as we flash forward six months to a ravaged Hilltop where Maggie is once again leading a small community there. A platoon of Commonwealth soldiers arrives, intent on entering and just as the standoff is about to escalate, the lead soldier removes his helmet and reveals himself to be…Daryl! 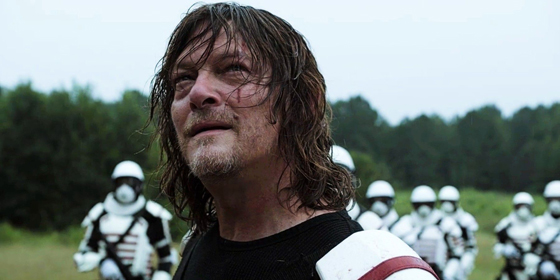 The remaining seven episodes serve to establish the Commonwealth as a nefarious, totalitarian force that’s hiding its true nature from some of our heroes and many of its own citizens. Maggie suspects this from the beginning and refuses to join them. Fans who watched The Walking Dead: World Beyond know well what evil lurks within the Commonwealth. It’s an idea that’s tried and true. History has shown us over and over again that when a cataclysmic event wipes out a nation’s leadership and institutions—a war or perhaps a zombie apocalypse—a vacuum forms that’s often filled by bad people.

The Commonwealth sends its military to independent communities to absorb them by force or otherwise and this will inevitably include the communities we know and love. But more specifically, someone has attacked a Commonwealth caravan and stolen the weapons it had been carrying. Lance is convinced it was Maggie and the residents of Hilltop. He’s also sure that finding those weapons as the Commonwealth usurps Hilltop and Alexandria is his ticket to independence from Governor Milton (Laila Robbins). Either way, he plans to take out Maggie and her remaining Wardens.

Meanwhile, our heroes living inside the Commonwealth piece together the truth. Along the way Eugene learns about the imposter “Stephanie” who was used to manipulate him into giving up the location of Alexandria, and he meets Max—the real “Stephanie” (Margot Bingham)—with whom he continues the romantic courtship they’d started over the radio, only now in person. We learn that Leah was behind the stolen weapons, and our heroes—led by Connie—hatch a plan to expose the Commonwealth’s nefarious deeds to its largely oblivious citizenry via their newspaper.

As a fighting force comprised of Maggie, Daryl, Aaron (Ross Marquand), Gabriel and Negan (Jeffrey Dean Morgan) regroups and plans for war against the Commonwealth, episode 16 closes with Lance and his soldiers hanging Commonwealth banners from the walls of Hilltop, Alexandria, and Oceanside.

Unlike the typical TWD structure, these eight episodes don’t have as explicit an arc as we’ve come to expect. That’s not to say there isn’t a semi-season arc at all, but rather these episodes feel more like a set of unified vignettes. The narrative isn’t always linear which contributes to the effect. This approach isn’t completely unprecedented as Season Five had a similar feel, but it is a bit of a surprise coming from a show that’s been objectively predictable with its approach to story structure for all but maybe two of its 11 seasons.

Zombies…excuse me—Walkers—are now officially an afterthought. They are no more or less a threat to our heroes than, say, a coyote or a thunderstorm. Dangerous? Yes. A large share of the antagonistic elements of the plot? No. And good riddance. Although, the transition should have begun several seasons ago, finally shifting the focus away from zombies and toward ‘heroes vs fascism’—the rebels against the evil empire—injects something interesting into this thing. Hell, anything fresh was welcome. But doing it all during the final season feels like a wasted opportunity, and par for the course, frankly. 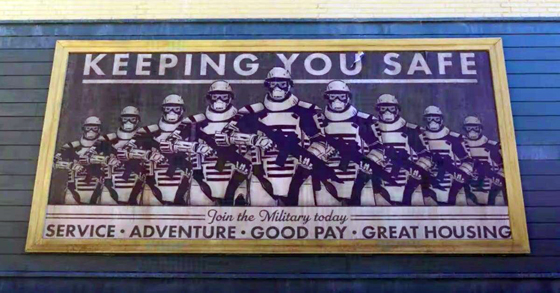 We’re being asked to buy into Maggie’s newfound trust in the man who gleefully clubbed her husband and one of her best friend’s to death in front of her while she was pregnant, the man who tortured and abused her and her people afterward with no intention of ever stopping, and the man who tried to wipe them from existence merely because he found it intrinsically pleasurable. None of that can be unwritten and no matter what type of plot contrivances get conjured up now, Maggie’s trust in Negan stretches the suspension of disbelieve well beyond its breaking point. The inability of this show to solve that problem has been baffling. It’s like a running joke, except instead of being funny, it’s infuriating.

However, here’s some credit where credit’s due: Our heroes continue to proactively defend themselves and sometimes that defense is violently homicidal. Such is life after the apocalypse. This obviously necessary story element—not homicidal violence per se, but characters having agency—had been absent since the introduction of Negan until it came back in fits and starts during this season’s first eight episodes. I suspect the recent rediscovery of the fact that our heroes are well established bad asses has much more to do with the fact that the end is inevitable than it does any writerly mea culpas. At this point, though, I’ll take anything that helps make this last hurrah a compelling story, no matter how it’s derived.

When a television series has been on as long as The Walking Dead has, so much has been written and discussed that there isn’t much left to cover. It remains a pretty far cry in quality from its artistic peak. Yet these past 16 episodes have been better than what had been churned out for several seasons prior. Nonetheless, these days I’m mostly waiting to see how the many folks behind this machine collectively attempt to shut it all down.

And with that, Horror Fans, there’s now a measly eight episodes of The Walking Dead remaining!*  See you back here in the fall for one last postmortem…. 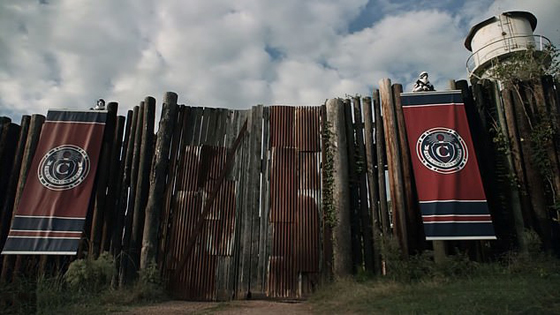 *The multiple planned movies and spinoff series notwithstanding