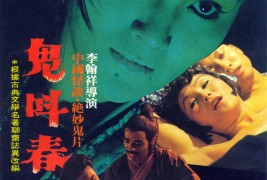 Hong Kong cinema tends to be a grab-bag. A “grab-all” might be a more appropriate phrase, actually. I’ve never seen a Hong Kong film that wasn’t happy to simultaneously tickle and revolt, to play the low road with blush-worthy sex jokes, all the while quoting Confucius. And of course one cannot forget about the fight sequences—the incredibly fast blurs of motion set to soundtracks of cheesy synths underlying grunts, groans, and piercing shrieks. Whether poorly dubbed or spoken in the local Cantonese dialect of the original printing, a good Hong Kong film from its “Golden Age” (from roughly 1970 until the late-1980s) has to have at least one fight scene that transcends the bounds of both human possibility and simple story structure.

Now, when it comes to action flicks involving hotshot cops versus Triad gangs, then a lot of fisticuffs makes sense. When it comes to horror tales about ghost lovers or fox spirits (what the Chinese call jiuweihu for “nine-tailed fox” or more bluntly huli jing for “fox spirit”), such battles seem egregious or something like an acceptable art form stealing the thunder from a red-headed one. Still, despite horror’s traditional stance as the realm for either creeping shudders or over-the-top demonstrations of gore and gristle, some great Hong Kong auteurs have found innovative ways to sneak in a couple of roundhouse kicks in their haunted house stories.

Take for instance 1979’s The Ghost Story (Gui jiao chun). Directed by Han Hsiang Li, The Ghost Story is a gruesome tale about a young scholar and his wife’s battle with an attractive young woman. The woman is in fact a demon, and after watching the demon dress and paint itself in desiccated human skin, the young scholar Wang is killed by the beautiful monstrosity. His distressed wife is sent to a poor beggar by a Taoist priest, who claims that the beggar knows how to raise her husband from the dead. As it turns out, the answer is in the beggar’s phlegm, and after hocking a loogie into his hand, the beggar forces the young widow to eat it. The disgusted woman retreats home and vomits into a hole in her husband’s chest. The projectile creates a heart that begins to beat, slowly at first, then with steady rhythm. Then, for some reason, The Ghost Story ends with a sword fight involving vicious females.

While The Ghost Story is raucous, grotesque, and Joe Bob Briggs-approved grindhouse (or whatever the Hong Kong equivalent of grindhouse is), it is, amazingly, based in large part on a short story from the early Qing Dynasty (1644-1912). The author, Pu Songling, and the book, Strange Stories from a Chinese Studio (Liaozhai Zhiyi), have proven not only highly influential in regards to Hong Kong cinema, but also to the popular proliferation of Chinese folklore and mythology more generally. Pu Songling is, in many ways, the Chinese counterpart of the Brothers Grimm and even old periwig himself, Charles Perrault. And as crazy as The Ghost Story is, it isn’t untrue to the spirit of Songling’s “The Painted Skin,” a story that involves two sets of deflated and dead human skins, an ugly green demon, one supernatural murder, and one resurrection that involves the Adam-like creation of a human heart from out of thin air. 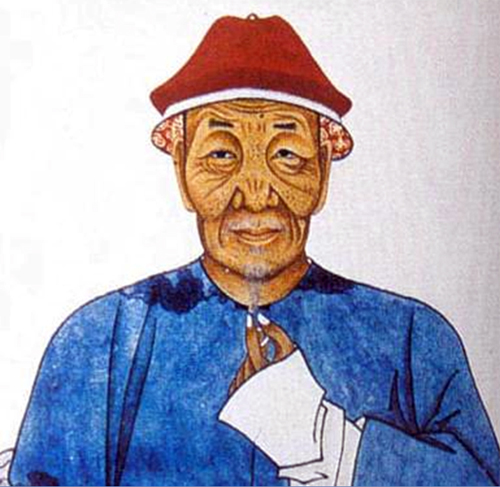 Pu Songling was born in the summer of 1640 to a merchant family in the Zichuan District of the modern city of Zibo. Songling’s family was neither wealthy nor well-connected, but Songling did manage to attain at least a bachelor’s degree in civil engineering. However, Songling’s lack of social standing, coupled with his neglect of certain academic fields of study, meant that his multiple attempts to pass the next examination (which could be likened to a master’s degree) were all but impossible. Songling would not be awarded this degree until he was an old man, and even then the recognition came not from Songling’s scholastic achievements, but from his work as a collector and writer of old fashioned ghost stories.

After failing to past these exams, Songling would go on to spend most of his life as a provincial tutor. He was a poor scholar and knew obscurity well. Writing in the preface to Strange Stories from a Chinese Studio, Songling describes himself in an almost overly humble light:

“I am but the dust in the sunbeam, a fit laughing stock for devils. For my talents are not those of Kan Pao, elegant explorer of the records of the Gods; I am rather animated by the spirit of Su Tung-p’o, who loved to hear men speak of the supernatural. I get people to commit what they tell me in writing and subsequently I dress it up in the form of a story; and thus in the lapse of time my friends from all quarters have supplied me with quantities of material, which, from my habit of collecting, has grown into a vast pile.”

Despite Songling’s self-effacing description, Strange Stories from a Chinese Studio often displays contempt for those scholars of a higher order, thus signaling some semblance of jealousy and resentment on the part of Songling. In “The Tiger Guest,” a story that Jorge Louis Borges was particularly fond of, a weretiger, Mr. Miao, decimates a band of scholar-poets who frequently comment on his coarseness and his animalistic manners. In other instances, Songling creates foolish, corruptible, and even criminal examining officials and scholars. The bloated Qing bureaucracy does not come off smelling like roses in Songling’s Strange Tales from a Chinese Studio, while simple, rural scholars often get the upper hand when they are not being devoured by fox spirits or falling in love with ghosts. 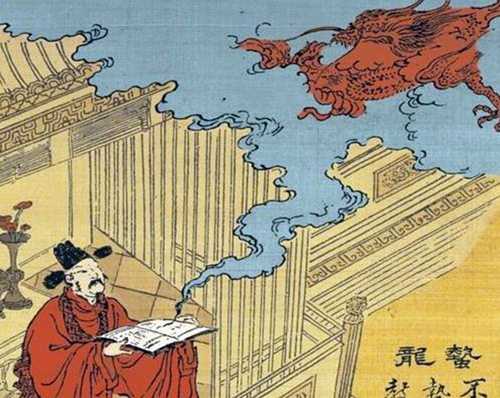 In total, Strange Stories from a Chinese Studio includes somewhere in the realm of 491 stories, although many English language versions present abridged or otherwise truncated texts. After living as a floating manuscript for many years, Strange Stories from a Chinese Studio was posthumously published in 1740 by Songling’s grandson. Most of the stories are retellings of older folktales and all are written in the classical idiom of the older chuanqi, or “marvel tales” of the Tang and Song dynasties. In this regard, Songling was a traditionalist.

Obviously, Pu Songling, who died in 1715, could not have predicted his own fame, nor could he have envisioned that his stories would find such a receptive audience among film producers in British-controlled Hong Kong. Until the 1970s, when blood, gore, sex, and all-out pulp zaniness took over most Hong Kong horror films, most Chinese fright films, especially the ones involving ghosts, were ripped from the pages of Strange Stories from a Chinese Studio. Even after 1970, Songling-centric horror films were still made and distributed, such as A Chinese Ghost Story (1987), one of the most popular films to ever come out of Hong Kong, but the frequency of such films declined in favor of much more flamboyant tales.

Composed of almost 500 stories, Hong Kong filmmakers could have lived off Strange Stories from a Chinese Studio into near perpetuity. Furthermore, Songling’s stories, which are predominately on the shorter end of the spectrum in terms of length, are uncomplicated tales that often scream out for tangents or other additions that might help to round the story out as a full-fledged screenplay. I’ve never made a film nor written a full screenplay, but I can see the attraction in working with a series of stories that are alternatively open and full of atmosphere, colorful locales, and, sometimes, graphic images.

That’s what Strange Stories from a Chinese Studio offers—simple, yet gripping tales of superstition and classic chills. In a funny way, they are the direct opposite of the films they inspired. Magic grenades, flying, drunken swordsmen knowledgeable in kung fu, or demented serial killers who attack their enemies using an army of snakes cannot be found in any one of Songling’s many tales. Then again, Hong Kong filmmakers did not create flesh-hungry demons or jumping jiangshis by themselves, so maybe the overall craziness of Hong Kong’s “Golden Age” of cinema is based on a 50/50 relationship—half goes to Songling and the peasant tales that came before him, while the other half goes to the exploitative geniuses behind the camera and in the studio system. Actually, scratch that. The relationship is more like 20/80. 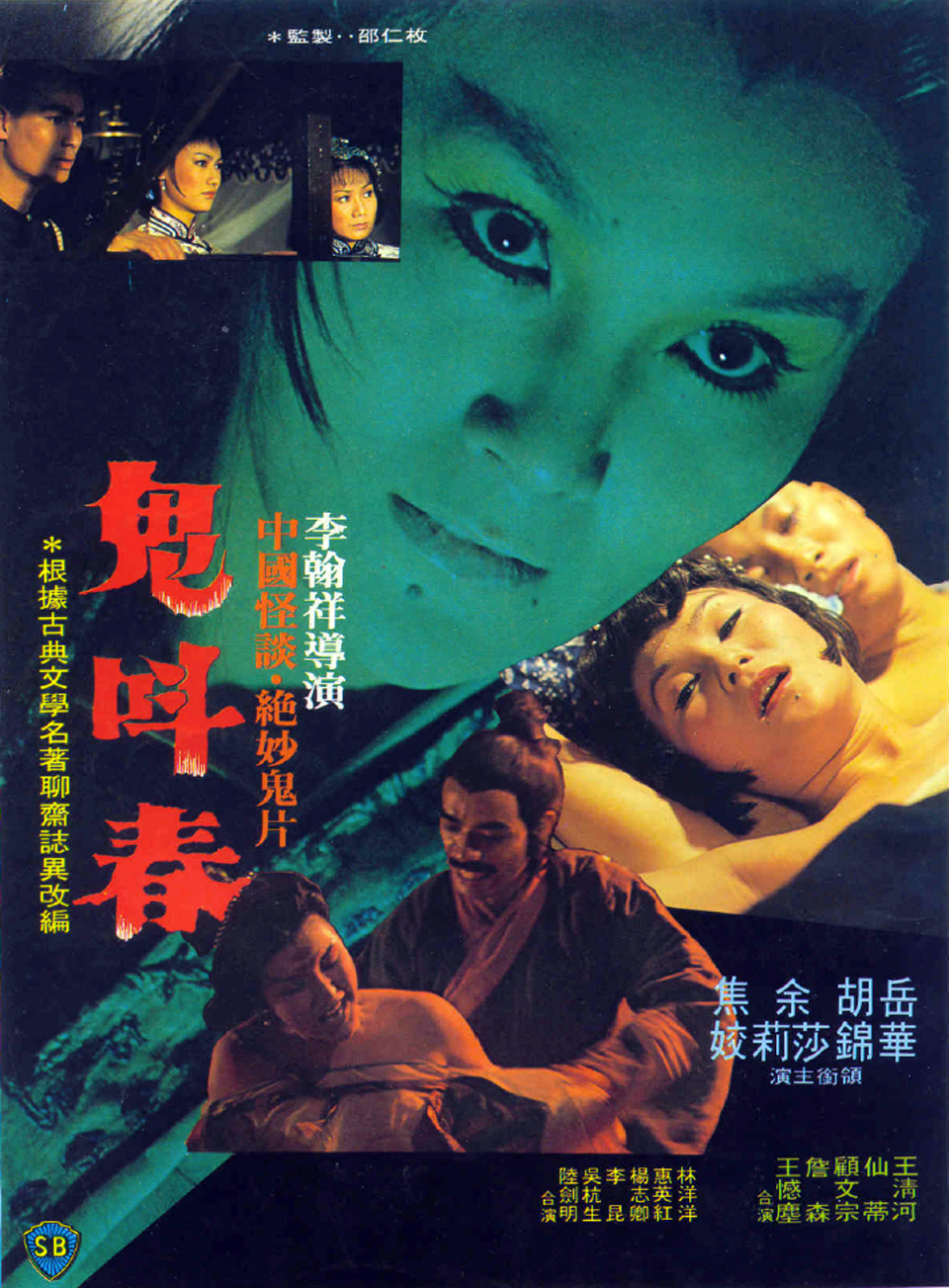 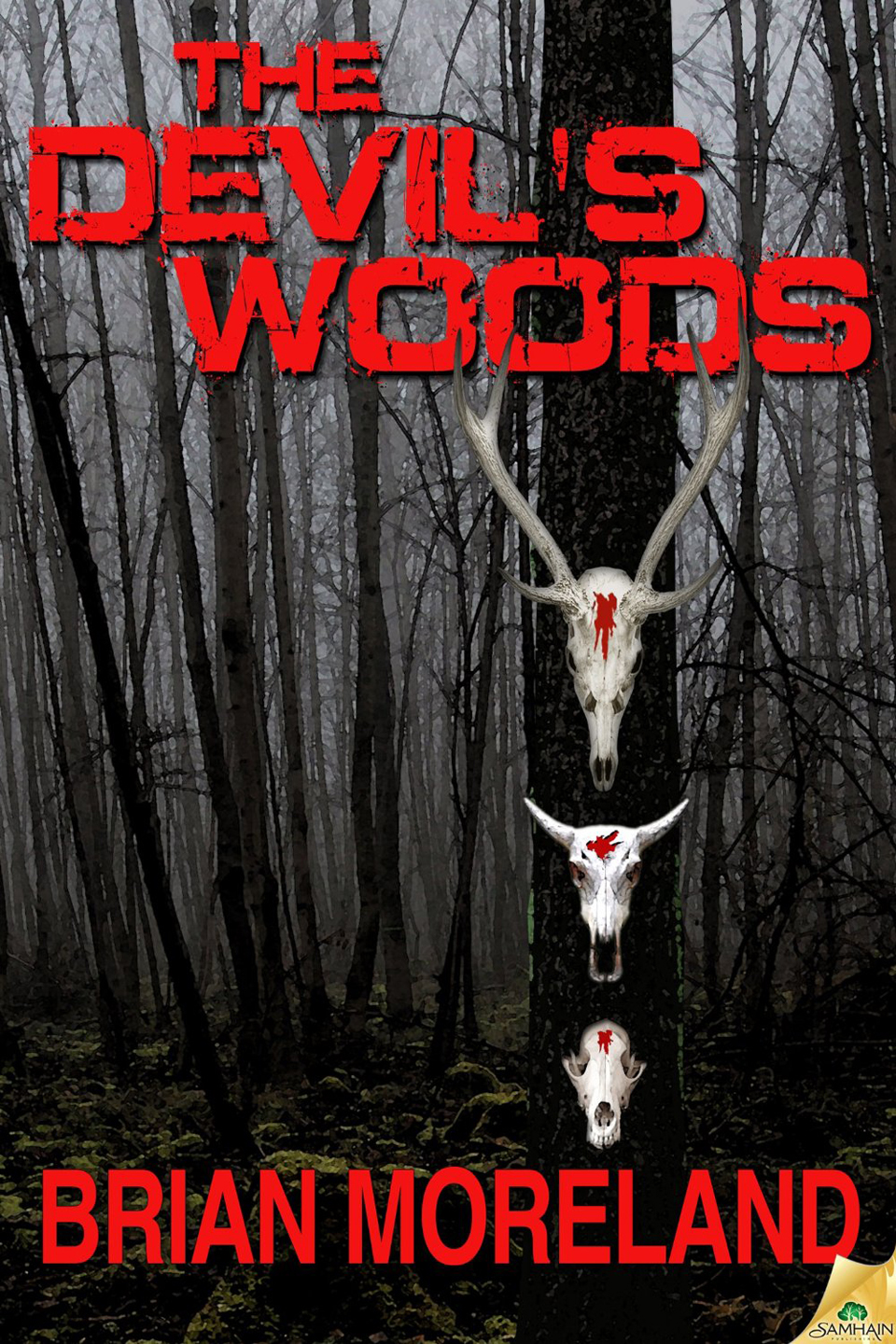 One thought on “Chinese Ghost Stories: The Lasting Influence of Pu Songling’s Strange Stories from a Chinese Studio”