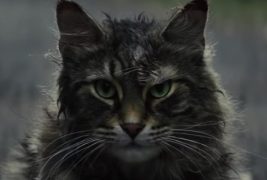 It is truly a wonderful time to be a fan of one Stephen King. When a new novel isn’t being released, there’s a Netflix or a Hulu series premiering. King’s works have seen the silver screen treatment more regularly over the last decade or so than just about any other time in the history of the Master of Horror’s career.

The latest installment in this King Renaissance is the second film adaptation of the terrifying novel, Pet Sematary. Arguably King’s most personal nightmare put to paper and undoubtedly one of his most chilling novels, Pet Sematary receives the big budget treatment this time around. The 1989 film, directed by the incomparable Mary Lambert and starring the beloved Fred Gwynne, may not hold up in every regard some thirty years later, but it’s still an effective film that also just happens to have produced one of the most horrifying movie monsters of all time.

The 2019 version, directed by Kevin Kolsch and Dennis Widmyer (both of Starry Eyes fame), and starring Jason Clarke, Amy Seimetz, John Lithgow and the scene-stealing Jeté Laurence, likely won’t hold up nearly as well in three decades. With all due respect to the final product, there simply isn’t enough memorable horror to keep this vehicle moving down the line. That is truly a shame, because the acting in this version and the dark turns that differentiate from the novel are worthy of serious kudos.

The quartet of Clarke, Seimetz, Lithgow and Laurence shine from start to finish. The paranoia and terror that seeps into the lives of the Creeds is palpable and Lithgow serves as a great Jud Crandall, complete with smoke stained mini Santa beard.

Now let’s dig in to the story itself. Don’t worry, I’ll be sure to issue warnings on the two biggest spoilers that I discuss in this piece long before I actually get down to the nitty gritty.

In case you are finally digging yourself out from under that forty-year-old rock, let me refresh your memory on the premise of Pet Sematary. 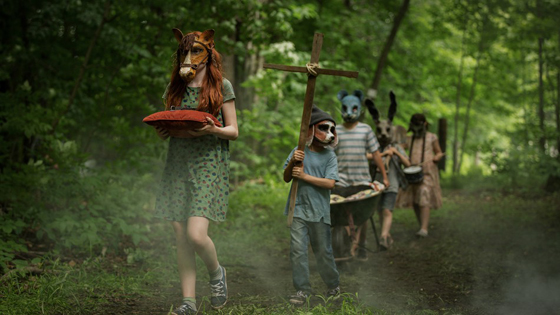 King’s 1983 novel tells the story of a family from Chicago who moves to Maine after father/husband Louis Creed is hired by the University of Maine to serve as the director of the college’s health service department. The family relocates to a town called Ludlow, where wife Rachel, daughter Ellie and toddler son Gage seem to settle in rather nicely. There’s a cat, too, named Church. A bit of an issue pops up with their new home, though, and the family learns fairly quickly how dangerous it really is: A highway runs right alongside their home and speeding semis tend to turn household pets and the occasional child into road jelly.

When an unimaginable tragedy strikes the Creed family, Louis is determined to keep his family together at all costs. Even if it means digging up his dead child and re-burying said child in an ancient burial ground that has a knack for reanimating the dead. To no one’s surprise, but every reader’s delight, things go incredibly wrong and blood is spilled while terror runs rampant in the Creed household.

The 1989 film version stayed relatively loyal to the King novel, save for a few changes here and there (including casting an un-scary cat in the role of Church—an evil Maine Coon in the book).

This new version gives us a proper Church as well as a much better emotional tone thanks to the great acting and more attention to the source material by the script writers.

Where the film really drops the ball is their handling of Rachel’s sister, Zelda.

Rachel Creed is haunted by memories of her sister Zelda, who died a tragic and gruesome death as she withered away from spinal meningitis. The relationship between sisters is brought up regularly in the novel and enough to haunt an entire generation’s dreams when she’s brought to the big screen in Lambert’s original version—the herky-jerky motions, the overly expressive face, that skin-crawling voice. I would much rather never see her face again but for the sake of an entertaining article, here you go! 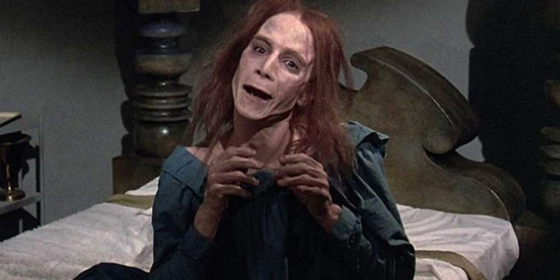 In the 2019 reimagining, it’s clear the filmmakers don’t want to spend too much time on this backstory, but they also don’t deliver the goods visually. The CGI is messy here and we never get a proper look at Zelda. We also don’t get enough of the inner workings of Rachel to truly feel her terror as she has these hallucinations of her sister returning from beyond the grave.

Another issue I have with this movie is the fact that just about everything seems a little too rushed for my liking. With a run-time of only 100 minutes, I expected there to be some omissions from the novel, of course, but everything from the stunning catalytic death to the family’s spiral into madness just feels hurried along here. I’ve seen many reviewers wonder if an extended cut of this film exists and I can’t help but think that maybe one will appear someday as the film could have used another fifteen minutes or so to really flesh out some things.

Lastly, one of the creepiest things I enjoyed from the trailers of the film was the very Wicker Man-esque vibe from that group of children stalking the woods in their animal masks. They are only featured in a brief scene at the beginning of the movie. There was so much potential here! We are led to believe the Creeds live on this super secluded patch of land and yet there’s this parade of children walking through the woods with a dead dog in a wheelbarrow. Later in the film, there’s a scene where Ellie is goofing around with two classmates before going trick-or-treating. I would have loved to see some of her classmates really get involved, telling Ellie about the ‘pet sematary’ and maybe even taking her along on their next burial. This is stuff that makes a movie and unfortunately, it was a swing and a miss here.

Now, on to the two biggest changes from the source material. Caution, there be SPOILERS ahead! If you’ve managed to avoid the trailers in order to see the film with untainted eyes, this is where you’re going to want to stop reading and come back later. 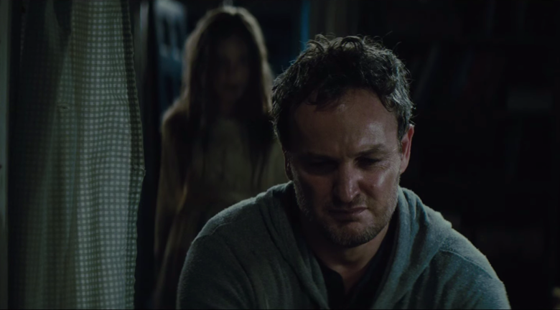 Personally, I really liked the fact that this film switched the child victim from a barely speaking Gage to a nine-year-old Ellie. The story was given so much more depth thanks to the filmmakers diverting from the source material here. On her first night back home from the sour ground, the recently undead Ellie and her shaken father share a conversation that is, plain and simple, unsettling as hell. Ellie asks if she is dead and proceeds to describe that fateful day on the road before “everything went black”. Jason Clarke sells the scene phenomenally, complete with a dead-eyed stare up to the ceiling and tears leaking from the corners of his eyes while his daughter clearly digests the fact that she is, indeed, dead. Ellie is a far scarier character when she is chasing her mother and younger brother with a kitchen knife than Gage ever was in the original film. Ms. Laurence packs an incredibly solid punch in her performance and I look forward to seeing her career grow.

Ever since Stephen King openly applauded Frank Darabont for pulling the rug out from under Constant Readers and completely flipping the script on the ending of The Mist, it seems there has been more interest in changing up the original material of Mr. King’s nightmares. We get another switcheroo here, as a walking dead Rachel impales Louis with the business end of a cross right before the film ends. Louis falls to the ground, dying, and the next scene we get young Gage in the family’s locked vehicle. He watches as his very dirty and very dead family approaches him from the inferno that has now engulfed Jud Crandall’s house. The film ends with a close-up of a quizzical Gage and the familiar chime of the car being unlocked. While it was a shocking ending and the scene where Louis gets the cross through his chest elicited a loud gasp and groan from the audience in the theater, it just doesn’t carry the same weight as the novel’s ending. In the book, Rachel is killed by Gage and then buried in the sour ground by Louis. The novel ends with Louis sitting alone in his home, listening to the footsteps of his undead wife coming up behind him. A cold hand falls on his shoulder and he hears his wife’s raspy voice mutter, “Darling”. That’s some creepy shit right there!

All in all, 2019’s Pet Sematary has enough dread, a top-notch cast and enough visual scares to deserve a nod as one of the better King adaptations in recent memory. That doesn’t mean it’s a perfect film (far from it), but if you go in just looking for a fun, creepy story, you’ll agree that “sometimes dead is better.”