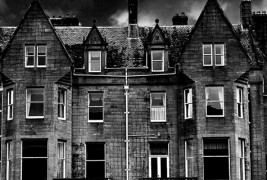 Amy Thomsett found herself sleeping one too many times on the ceiling, so it’s off to boarding school for this young girl with the ability to float.

So begins Kim Newman’s The Secrets of Drearcliff Grange School. As a title, it’s a mouthful. As a novel, it’s a marvel.

Newman, the British author who is at once a journalist, movie critic and horror/fantasy author, is perhaps a worthy successor to J.K. Rowling, who virtually printed money with Harry Potter thanks to her – and his – legion of fans. Newman’s creations in previous works are engendering his own legion, and Drearcliff only speeds the process.

Amy is an “Unusual” – that is, a girl with unexplained abilities. She finds herself surrounded by others who have varying reasons for being at Drearcliff. She’s quickly befriended by Serafine “Frecks” Walmergrave and, soon thereafter, Emma “Light Fingers” Naisbitt and Kali Chattopadhyay.

They form a group called the Moth Club, based on Amy’s fascination with the winged insects. But the Moth Club doesn’t concern itself with entomology; it sets about resolving mysteries in and around the school, beginning with Kali’s kidnapping by the Hooded Conspiracy, a group with nefarious plans.

As the novel progresses from first to second term (most chapters fall within those categories), the dangers mount and a new girl – Rayne – threatens to become a villainess of epic proportions. Rayne sets about dividing the school into good vs. evil camps (her followers are the Black Skirts), and Amy soon finds herself with few friends and seemingly insurmountable obstacles.

It all builds to a suspenseful and satisfying conclusion.

Now, to address the elephant in the room. It’s inevitable that Newman’s work – at least in Drearcliff – might seem derivative. You can’t write a review and mention Harry Potter without outlining a few of the similarities. Newman’s Drearcliff, for example, boasts five houses: Ariel, Viola, Tamora, Goneril and the one in which Amy resides, Desdemona. There is a quirky headmistress; students are at Drearcliff to enhance their abilities; they bear exotic names like Polly Palgraive and Sidoney Gryce.

Speaking of which, the whole of Drearcliff is a bit overladen with characters, some who seem little more than window dressing for this passage or the next.

Still, Newman hasn’t achieved acclaim without reason. Unlike the Potter books, Drearcliff seems to drift into more adult territory as the novel progresses. And his pages carry allusions to early 20th century icons – film stars, politicians and others rooted in the time period in which Drearcliff operates.

So, credit where credit’s due. Newman is a masterful wordsmith, and this novel stands upright, j-u-s-t unique enough in its own right to intrigue his legion.

For that matter, you don’t even have to be a fan of fantasy to kick back and drink in this story. It is, after all, intoxicating. 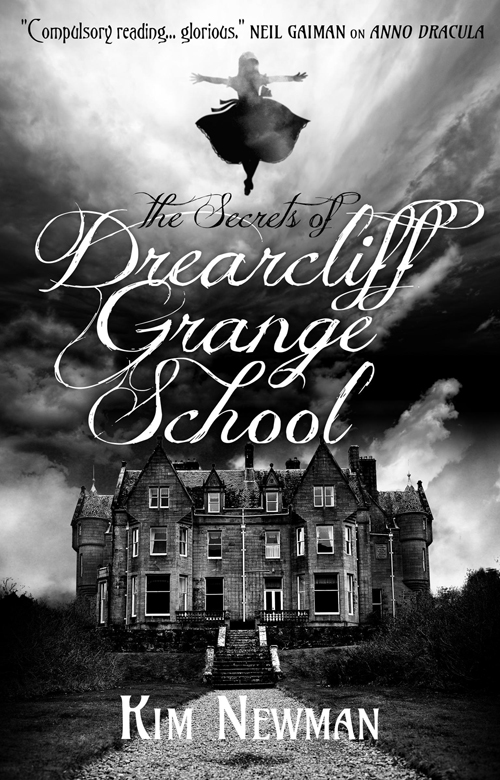