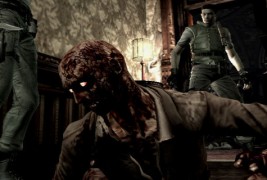 Trends come and go, but some have more staying power than anyone could have anticipated.  Since the first zombie shambled across the screen in 1936’s White Zombie, we’ve been fascinated by the undead.  Of course, zombies have gone through a few different stages since then.  They’ve gone from being the product of Voodoo practitioners (and racist undertones) to victims of nuclear fall-out and, most recently, disease.

In the past few years or so, zombies have completely saturated the market.  They’ve infiltrated Pride and Prejudice.  They’ve starred in countless movies, books, video games and at least one extremely popular TV show.  Even things that don’t technically have zombies, like Game of Thrones, still have zombies.  As far as media is concerned, the zombie apocalypse has already happened:  A sea of groaning, rotting undead has swept through every corner of the horror genre and left just a few survivors in its wake.

In no part of the fandom are zombies more omnipresent than video games.  In fact, it’s practically impossible to find a horror video game without a zombie in it, even games that aren’t actually about zombies.  If you’re not shooting zombies in the newest Resident Evil or Silent Hill game, you’re battling ghosts, aliens or monsters that look suspiciously like reanimated corpses in some other game.  The zombies have even crept out of the horror genre to infect other titles, from Call of Duty: Black Ops to Red Dead Redemption.  Even the quirky Kinect rail-shooter Gunstringer wasn’t satisfied at being a Western-themed puppet show; it also happens to feature a reanimated corpse as its anti-hero.

I get it.  As far as horror archetypes go, nothing could be more representative of modern culture than the zombie.  They personify the spirit of mindless consumption that drives capitalism.  They reflect our fears of being isolated and our growing uneasiness about our neighbors.  They allow us to worry about the end of days without getting caught up in religious iconography.  They let us play with survivalist struggles of good against evil without worrying about cultural sensitivity or moral gray areas.  And I imagine they’re fun to design and animate.

All the same, I can’t help wondering if the over-zombification of games is slowly killing off the horror genre.  In many cases, zombies seem like an afterthought, something thrown into a game as a one-size-fits-all approach to making a game seem more interesting.  Zombies don’t make up for lackluster game play and poor writing, but that doesn’t stop lazy game designers from churning out the same tired games.  Meanwhile, newcomers to the genre – and even some seasoned veterans – are left wondering if there’s any real substance to horror gaming beyond the same point-and-shoot zombie reboots.

Part of what makes this problem even more egregious is the role that horror as a genre could play in gaming, if only it were given a fighting chance.  Games enable us to confront and overcome our fears in a way that no other medium really can.  The best horror games utilize the platform to let us explore the deepest horrors of our psyche and confront us with really interesting questions and situations.  They also empower us to overcome the dark moments that they throw at us.  Horror games are about scares, yes, but they’re also about hope.

There are a few games doing it right.  If you’ve avoided horror games up ‘til now because they seem cheap and formulaic, it’s worth giving a slightly less mainstream game a chance.  Take Catherine, for example.  This game, released in the US in July of 2011, is unlike anything you’re likely to stumble across from big-name American game developers.  It provides an odd combination of horror, social simulation and puzzle, and it’s in turns sexy, sleazy and terrifying (Continued after the pic). 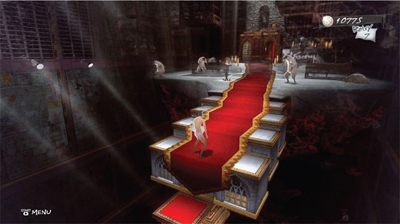 Catherine‘s gameplay takes place during eight consecutive days and nights.  You play as Vincent, a 32-year-old bachelor who gets caught between two girls:  Katherine, your stable but somewhat bossy girlfriend, and Catherine, a flirtatious but probably unstable stranger.  To make matters worse, Catherine keeps showing up in your bed without you remembering how she got there, and Katherine drops one emotional bomb shell on you after another.  As the story unfolds, you’re given opportunities to respond to what’s happening, and these responses shape the direction the story ultimately develops.

At night, Vincent has a recurring nightmare.  In his dream, he’s caught in a Sisyphian hell where men – all of whom are battling with their own inner demons – are doomed to climb an apparently endless, crumbling tower.  This is where the majority of the active game play takes place, as you move blocks to create a path that will enable you to climb the tower before it crumbles from beneath you.  During the end level of each stage, a boss will make your progression more difficult, but the basic game play doesn’t vary that much from the basic puzzle format.

What makes Catherine successful as a horror game isn’t bloody game play (although it is, at times, shockingly violent) or disturbing visuals (though there are plenty of those, too).  Its horror is slower and subtler than that.  Catherine provides the kind of slow-building, psychological horror that creeps under your skin and haunts you hours after you’ve set down the game.

If you don’t have much luck finding Catherine in stores, you can download it from either Playstation Network or Xbox Live as of April 2012.  It’s a short game, but well worth the investment.  It’s rare that something genuinely unique is developed, and horror fans can only hope that we’ll see more games in this vein to compete with the standard zombie-killing fare.  A few other titles, like Amnesia: The Dark Descent and Eternal Darkness also dip their toes into psychological horror, making this type of fare accessible to players who go looking for it.

Whether or not psychological horror gains in popularity among game developers has yet to be seen.  Zombies and horror gaming have become so closely entwined that they’re nearly synonymous with each other.  Until a better metaphor for our society is created, we might be stuck with the mindless hordes.  We can only hope that, if the genre hopes to survive, it starts finding new ways to push the envelope and re-envision itself. 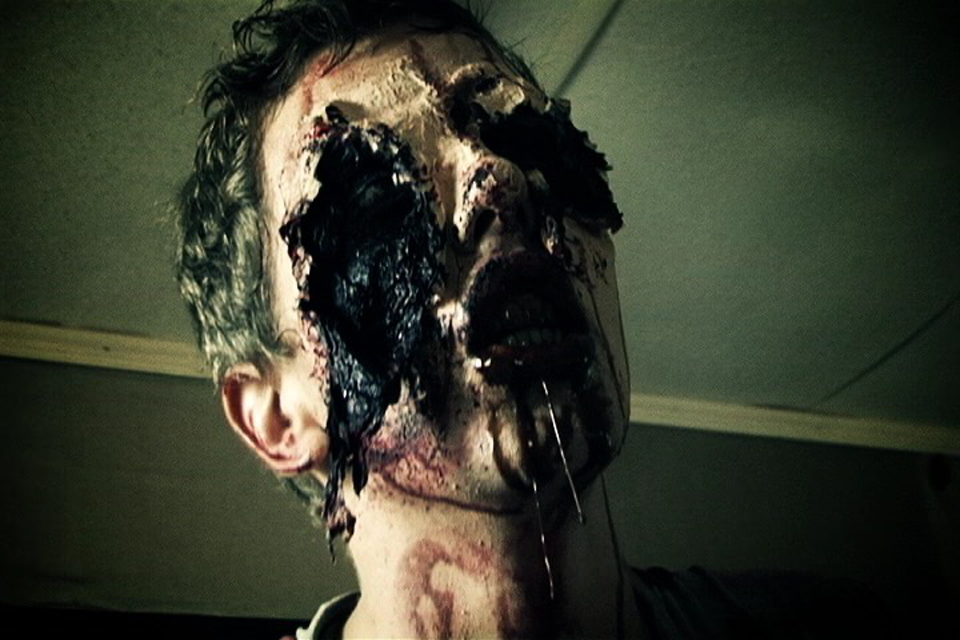 2 thoughts on “Will We Ever Get Tired of Zombie Video Games?”