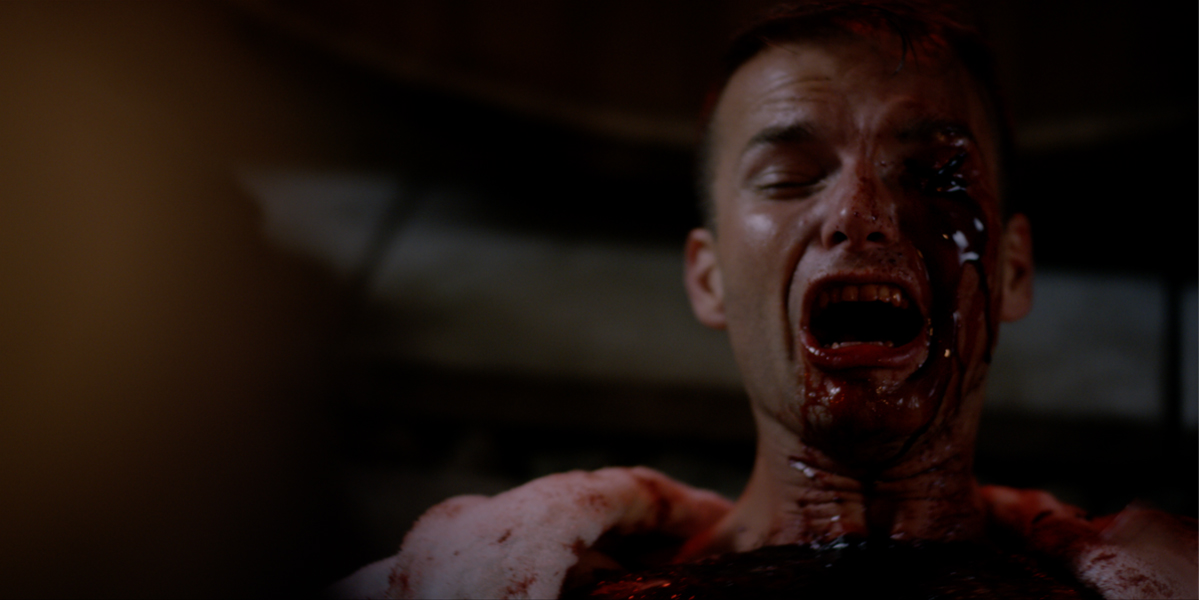 Little girls are supposed to be made up of sugar and spice and everything nice, right? That’s not always the case, especially in horror. Killer kids are always fun to watch and in a quirky little story called Ankle Biters (aka Cherrypickers), it’s definitely a case of the more, the merrier. This strangely entertaining tale is brought to us by the Canadian writer/director Bennet De Brabendere.

Early on, we see that Chase and Laura like to have rough and dirty sexy time…and they like to save their playtime sessions on their phones to watch for later. Nothing wrong with that, am I right? However, Laura’s girls are pretty observant and very protective of their mommy. Things start to get a little tense once the oldest of the four starts to notice little things, like bruises on her mother’s arms and legs, but her mom tells her not to worry.

However, the grownups start to become a bit careless after a while, and the girls find things they shouldn’t, such as a cell phone with a certain type of video on it, and they see that Chase likes to “hurt” their mom. So, soon after learning that Chase wants to become a permanent part of their family, the girls come up with a few plans of their own to keep that from happening. 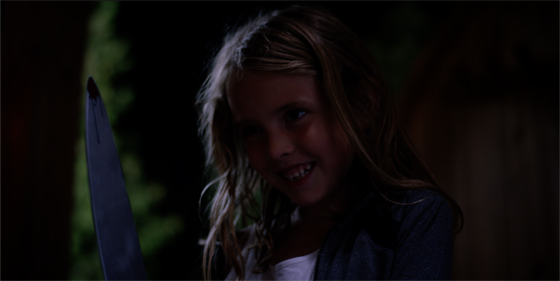 There are quite a few Easter eggs dropped throughout the first half of the movie that keep you wanting to watch all the way to the end to see what’s going happen. What are these evil little girls going to do? What’s this asshole Chase going to do to them? Oh, and then there’s Colin Mochrie as a police detective thrown in for shits and giggles, so that adds to the fun of everything else going on in the second half of the film.

Without giving anything else away, I’ll just confirm that Ankle Biters is a strangely enjoyable movie. It doesn’t take itself seriously at all, and that’s what I like most about it. It’s got no agenda. It doesn’t shove anything down your throat. It’s just fucking fun and that’s what so many films are lacking these days. I mean, sure, it’s got its share of flaws, some bad acting and some horrible dialogue, but the four adorable little girls who portray the “killer kids” just make the whole movie. Ankle Biters also has a vibe of The Bad Seed to it, and I completely appreciate that.

If you’re looking for something fun and original, give Ankle Biters a watch On-Demand or DVD via Dark Star Pictures. 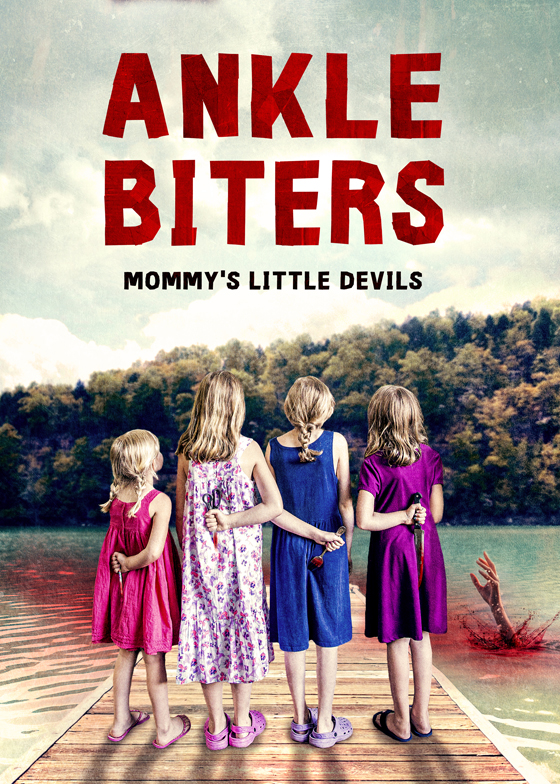