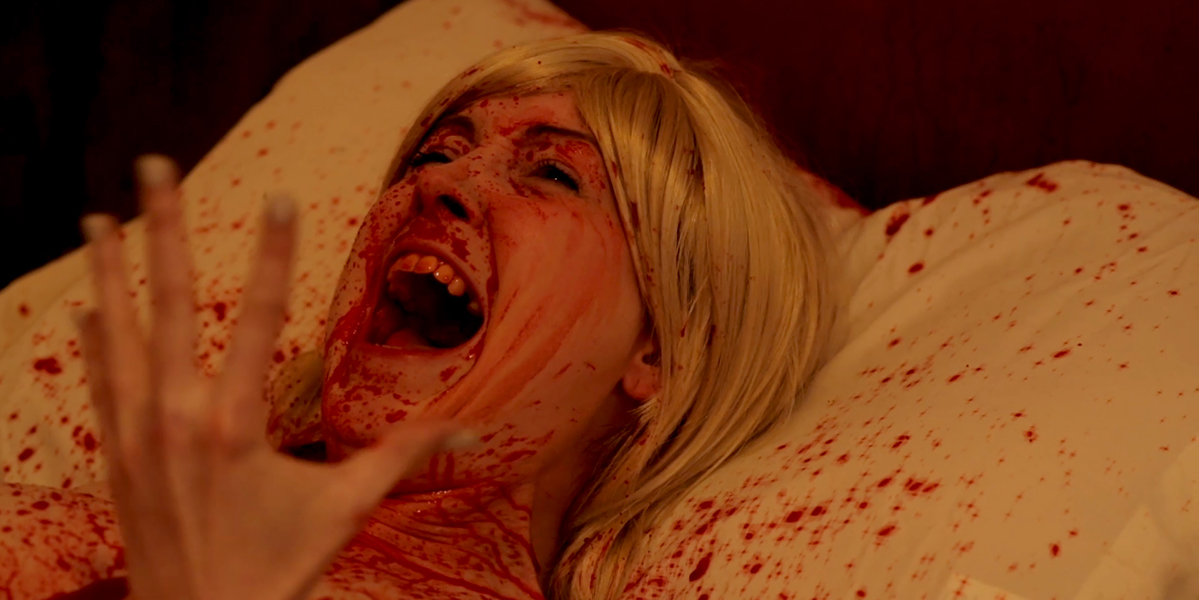 When Laquita Johnson (Tamiko Robinson Steele) is accepted to O’Fish Community College, she is disappointed to learn that contingent upon her enrollment, she must take part in a class camping trip to Black Holler.

Surrounded by weirdos, stoners, and pyromaniacs, as well as the annoying and arrogant TA-Turned-Trip-Leader, Laquita comes to have second thoughts about just how much she wants to finish school. Something else in the woods gives her pause as well. Something evil lurks in the forest. An ancient curse haunts the land. If Laquita wants to survive, she must use her training, her wits and her resolve to break the curse and finally escape Black Holler.

Black Holler is a horror-comedy directed by Jason Berg and written by Heidi Ervin and Rachel Ward Heggen (who also play supporting roles). Composed of equal parts loving homage and farcical skewering of classic slasher and “Evil in the Woods”-style ‘80s horror, Black Holler is a fun and genuinely funny movie.

There’s a danger in making a deliberately cheesy movie. A delicate balance is needed between self-aware silliness and straight earnestness. Lean into the ridiculous too much and the intentional badness becomes a crutch. Don’t lean into it enough and the final product becomes lifeless and boring.

Black Holler doesn’t lean over that edge. It cannonballs. Defying the guidelines for not stepping too far, this movie careens into its absurdity and is entertaining through sheer force of will. Within five minutes of the opening, it is made crystal clear what kind of movie we are watching. It is a loud, crass, and juvenile affair. 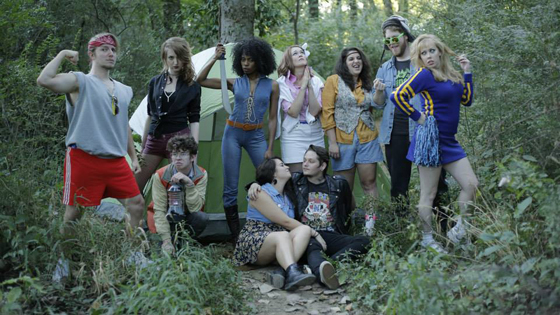 If you’re not onboard with the blood spray and crude humor of the opening scene, then call it a night. Black Holler is not meant for you.

Holding the movie together is the character of Laquita. Her strong-willed and intelligent demeanor acts as an anchor for the film. She grounds us in some semblance of reality as she expresses her frustration with the exhausting band of characters she’s found herself surrounded by. Her chemistry with Walter Love (Nick Hadden), the only other camper not completely oblivious to the world around him, is endearing and gives a strong central core to the film. In a movie like this, the audience needs someone likeable to root for. Laquita and Walter rise to the occasion perfectly.

Plotting does become a bit haphazard around three quarters in. After dispatching the majority of the cast, the film seems to struggle to tie the rest of the story together. Also, as the story plays out, the movie seems unsure if it wants to be about a slasher, evil spirits, or zombies. By the conclusion, this discretion is explained, but leading up to the ending, the mixing of styles was a bit confusing. The choice is understandable as Black Holler is a throwback to ‘80s B-movies, so a little bit of everything is tossed into the mix. However, the movie would have benefited by having a more streamlined antagonist, rather than a dash of everything sprinkled here and there.

Minor complaints aside, Black Holler is thoroughly enjoyable. We didn’t come here for plot and logic. We came to see some gratuitous violence and stupid teenagers. And that’s exactly what we got.

Armed with a wicked sense of humor, a charismatic hero, and a great soundtrack (composed by co-star Bruce Ervin), Black Holler is a funny, bloody tribute to low budget cinema of the not so distant past. 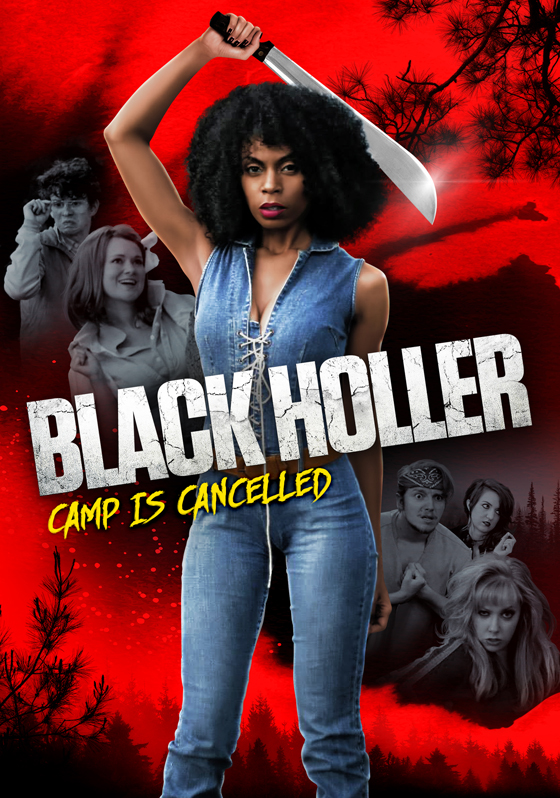