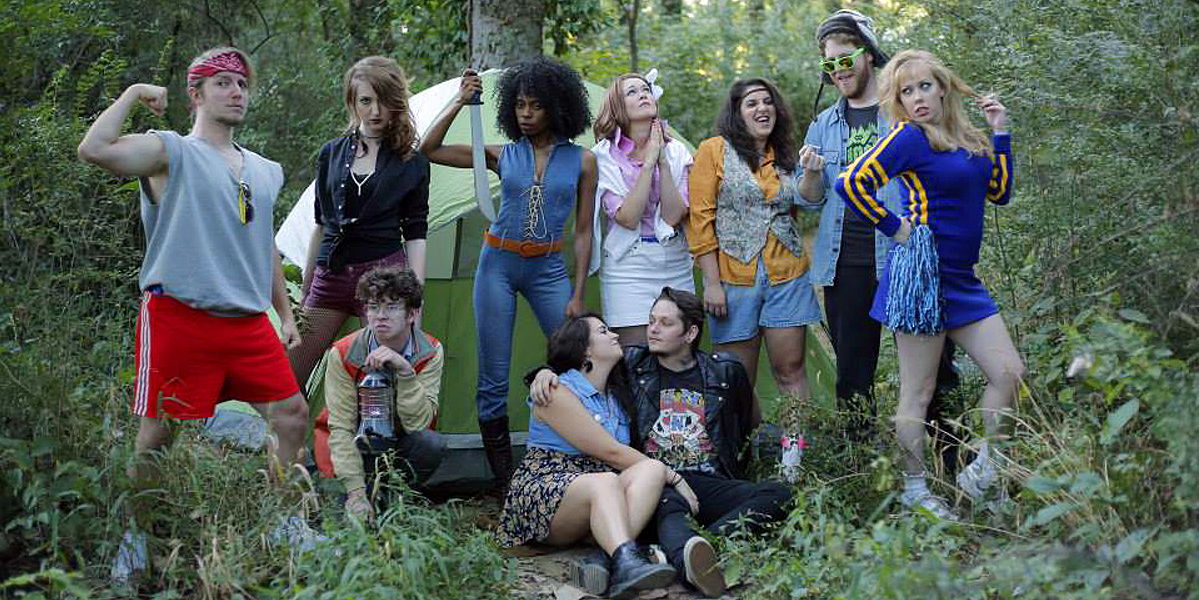 Something evil lurks in the backwoods of Black Holler. When a college camping trip crosses paths with the evil entity, it’s up to Laquita Johnson, to save her witless classmates, and bring an end to the curse that haunts the land.

Last month, I had the pleasure of watching the fantastically fun Horror-Comedy Black Holler. You can read my review here on Ravenous Monster. And as luck would have it, Black Holler director Jason Berg recently had the time and the patience to sit down and answer some questions about the production of his latest release….

Ravenous Monster: What was the genesis for Black Holler?

Jason Berg: Black Holler started as an idea from Rachel (Ward Heggen) and Heidi (Ervin). They had put together the beginnings of a short that played with a lot of the genre tropes common in ‘70s and ‘80s horror and that’s when they approached me. We fleshed it out into probably a 12-page script and realized very quickly that the story was too big and so we set about the task of writing a feature.

RavMon: The film was co-written between yourself, Heidi Ervin and Rachel Ward Heggen, how did the three of you cross paths to make the film? Have you worked together on any prior projects?

JB: No, we’d never worked on anything before, but Rachel and I knew each other from college, and I had heard of Heidi as a local standup. I was working in production in Nashville when Rachel reached out about a project she’d been developing with Heidi, and they pitched a really funny idea and showed me what they’d written already. I loved it immediately, said yes, and we got to work. 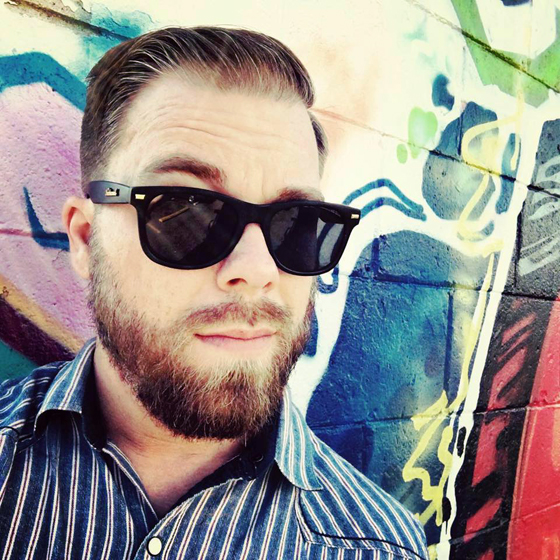 RavMon: Bringing an independent movie from idea to completion is not an easy task. Were there any moments where you felt like the movie may not come to fruition?

JB: Ha! All the moments? I’m kidding, but there were a lot of obstacles during production that could have sunk us. It’s something that I’m super proud of actually because we developed a kind of siege mentality, and everybody supported each other in really great ways when things got hard. We never gave up and Black Holler exists in part through the sheer force of collective will from the cast and crew that worked on it.

RavMon: Following on that trail, were there any unexpected difficulties you encountered while filming in the woods?

JB: The woods, while great from a budget standpoint, is not a very forgiving place to film. It was a lot of lugging equipment through overgrowth and searching for power options. We all got intimately familiar with deet and permethrin and if they didn’t know before, everyone who worked on the film can spot poison ivy now. I think that the difficulties were all expected but maybe we underestimated their severity. We got very lucky with a couple locations though and once we had those pegged down things became a bit easier.

RavMon: Tamiko Robinson Steele is great as Laquita. It’s hard to imagine anyone else playing the part. Was the character written for her specifically, or did she audition once casting began?

JB: Tamiko is AMAZING, and I have to take a moment to shout her out specifically for some things viewers of the film won’t see. She is an absolute joy on set, always upbeat and high energy, and I once saw her go from fully asleep to nailing a take in less than 30 seconds. If you’re reading this and you’re working on something, you should one-hundred percent hire her. She was known to us from the beginning and the character developed with her in mind for sure because to us she was always Laquita. 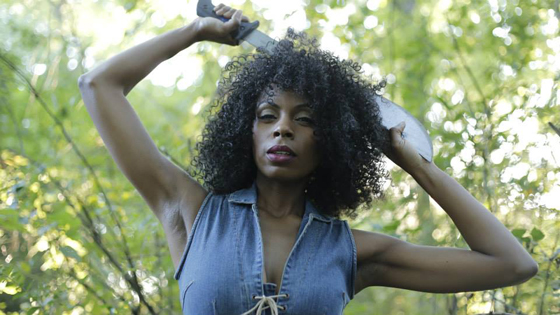 RavMon: The rest of the cast matched their characters perfectly as well, were they found through auditions, or were they already known to you?

JB: They were all known to us from various branches of the local creative scene prior to the film. The way Black Holler was developed—essentially from a short story, to a script for a short, to eventually expanding into a feature—is pretty non-traditional. That said, it afforded us a lot of opportunities that we wouldn’t have had otherwise and one of those was definitely in character development. We had already cast the film as a short so when we decided to make it into a feature we were able to write for the actors that we had in the roles. Our cast are all talented and VERY funny, so we kept set open and collaborative. I think that let them embody those roles and try things that they felt made sense for their characters which ultimately made the film better.

RavMon: The biggest laugh I got was the Classic Brett bit. I’ll be honest, it took a few rounds for me to even pick up on the joke, but once I got it, it got me good. The joke gave me something to look forward to with each scene change. Do you recall where that particular idea came from?

JB: I’m glad to hear that landed for you because it’s my favorite goof as well and its origin is kind of a perfect encapsulation of Black Holler. Heidi and I were outside one of the rehearsal spaces we used and we had just gotten some bad news around the availability of the actor originally cast as Brett. We were trying to figure out what we were going to do because we had already filmed a few scenes with this person and our schedule was fragile at best. As we talked through it though we were like hold on, replacing an actor mid-series is also a trope from the era if not the genre we are using as our touchstone, maybe this can work? That situation gave us not only a great joke, but also some breathing room in our scheduling and the opportunity to showcase more local talent. The flexibility we had during production and the ability to turn problems into jokes is both the thing I’m most proud of and the thing that our audience will probably never fully understand.

RavMon: It was a nice touch to include the mural of Miles Davis and Jimi Hendrix in the opening credits. Was there a particular reason behind its inclusion in the film?

JB: One of the most exciting things for me personally about the original idea for Black Holler was that it elevated a black woman from “Sassy best friend #2” that gets killed 10 minutes into the film to that rarified Final Girl status. Cinema from the era that we were referencing was pretty abysmal when it comes to representation and we wanted to signal early on that while we were using films like Sleepaway Camp and Foxy Brown as inspiration, we’d be reframing core elements in ways that were more inclusive.

RavMon: Are there any future projects we can look forward to seeing from you, horror or otherwise?

JB: It’s quite a departure from Black Holler but in 2019 I worked on a feature documentary around homelessness here in Seattle called Stories of Us: Camp Second Chance which will be available on PBS soon. I’m currently working on short documentary exploring the benefits of cognitive role-play in the autistic community. Spoiler alert: fewer fart jokes in both….

Big thanks to Jason Berg for taking the time for this interview. Black Holler is currently available on VOD. I highly recommend giving it a watch. Show some support for independent artists and show the cast and crew of Black Holler a little bit of love. They’ve earned it.