by LL Hanson
LL Hanson grew up reading Stephen King and watching Nightmare on Elm Street. As a kid, she was intrigued by horror in a way that her friends never were (and in a way that caused her mom concern over the years!). All grown up, she’s a student at UW Madison pursuing her graduate degree in Social Work. Her professional interests include a passion for social justice and creating equity in education. “To me, the best horror is the kind that clearly illustrates the harshness of the realities we see in the actual world in a setting that is obviously fantasy. For example, the human struggles we often see portrayed in the post-apocalyptic zombie infested world—LOVE IT!” She also likes horror that makes her think about the lowest depths of human capacity and that shows the best examples of human resilience (think—The Descent). As someone committed to alleviating social injustice, LL Hanson connects the realities portrayed in horror to the struggles of folks she works with every day. “To me, horror exemplifies the complications and realness of humanity in ways that other genres don’t adequately capture. And of course I really like gory special effects too!” 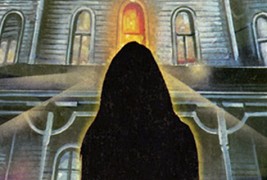 It was almost halfway through Todd Sheets’ newest release, House of Forbidden Secrets, when I really started to enjoy watching it.

First, the bad: The movie opens with one of the main characters, Hanna (Michaela Paxton Tarbell), losing power in her flashlight while gory, dead demons slowly surround her.  Then a narrator jumps in and ominously tells us, “This is not how the day started.” The result is a confusing opening scene that isn’t particularly engaging. The worst part of this introduction is that the moment depicted here isn’t even one of the most captivating in the movie! While the connection remains somewhat shaky, when this scene returns later in the movie we’re able to see the well-executed gruesome dismemberment Hannah endured and it certainly exhibits quality gore.

Not only are these characters boring, but they’re fatally stupid.  Fortunately, each death scene offers horror fans gruesome details and each is creatively unique. Once Brad and Mr. Kane’s bodies are discovered the characters run aimlessly from one room in the house to another trying to figure out what’s happening.  Don’t get me wrong, I like the occasional stupid character investigating the creepy noise on the way to getting killed just as much as the next gal—I just wasn’t entirely impressed that it happened to almost every character in this movie.

In addition, there are specific actions that attempt to lend the movie a reality—such as calls to loved ones. While the purpose of these scenes is to make the characters more believable, it only adds to the confusion in that these scenes are superfluous to the plot.  Finally, the séance leader, Cassie, intuits that something is in the house with them, something that doesn’t want them to leave…something evil.  Even still, all the running from room to room witnessing horrible, gory scenes continues for a while.

Cassie’s shop, Tarot Times, appears to be the only business operating in the enormous titular house and it’s never clear what type of organization the House of Forbidden Secrets actually is.  While this isn’t necessarily vital information, it is one of a number of pieces that just feels missing. These missing pieces add up to a slow-moving movie the first half of which is difficult to stay connected to.

But it gets better.

It’s at the movie’s mid-point when the back story finally becomes clear and the overall pace picks up.  An evil religious man from the Depression-era emerges as the leader of the demons and monsters that are scattered throughout the house.  Here I will issue a warning—if you are a religious person who gets offended by sacrilegious scenes, do not watch this movie! The religious symbolism comes on strongly as Jackson gets placed upon a cross to be killed during a cacophony of wild chanting and praying.  I’m not a person who’s offended by such things so this scene didn’t bother me.  In fact, this is when the movie actually started to get interesting!

At this point we’re left with only two of our original characters. Together they discover the horrors that occurred in the house so many years ago. They even travel back in the time to witness the gruesome catalyst that befouled the house with bad mojo.  It’s here when we finally get to what I would consider the best scene in the movie.  [SPOILER ALERT] Back in the day, the house used to be a brothel. The evil preacher man would frequent the brothel and he had a couple favorite ladies. One of them accidentally ended up pregnant and the Madame of the house tried to bribe him. His response was to murder everyone in the brothel in very brutal and disgusting ways (including a bit of cannibal action). Our two survivors are able to escape before becoming part of the slaughter and return to present time. Upon their return, it is clear that something is not right. As the two survivors make their way through the house back to the séance, they make an awful discovery—which is somewhat predictable, but you’ll have to watch for yourself to find out what it is!

All in all, despite taking forever to get moving and the annoying confusion that plagues the characters throughout the movie, the back story and slaughter scenes redeem the movie enough to make it worthwhile. The demon effects are well done; my favorite scene involves a demon walking on all four limbs down a hallway with her head turned completely around, it’s quite creepy!  There’s plenty of gore and enough varied ways characters are killed off to make it interesting enough for any horror fan. In the end, this is a decent movie that could have been better if the first 30 minutes would have been condensed into 10. The last half of the movie is good, but not quite good enough to make us forgive the first half. 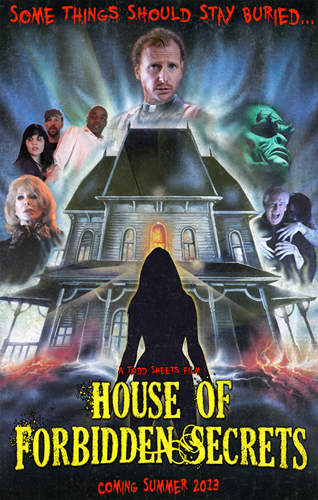 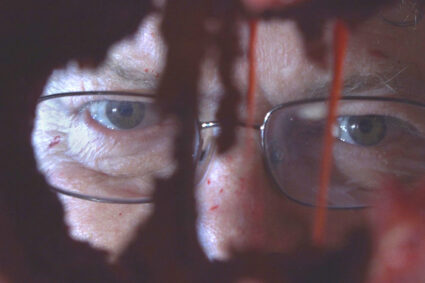 One thought on “House of Forbidden Secrets Movie Review”