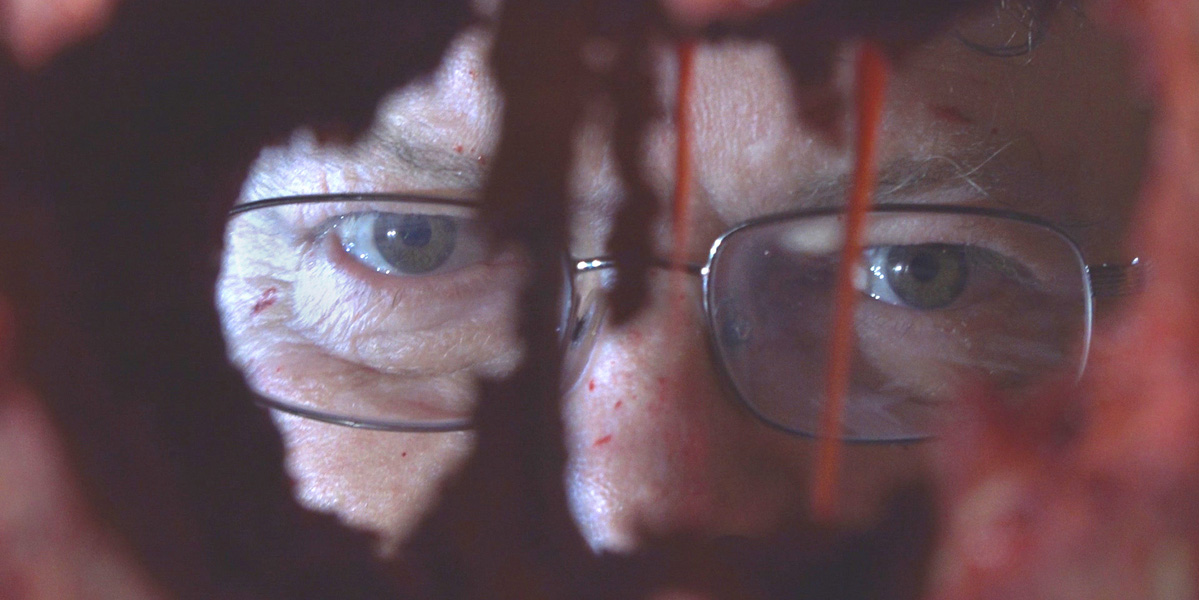 Let’s face it. Everything pretty much sucks right now and it’s hard not to be down about current world events. However, thanks to the latest offering from iconic horror writer/director Todd Sheets, we have a new gory goody called Final Caller to help us lift our spirits. In common Todd Sheets fashion, Final Caller isn’t for the squeamish as it’s a blood-soaked, gore-filled good time.

Final Caller essentially is a fun slasher film that focuses on two main characters. The first of which is a serial killer known as The Outsider (Jack McCord). He’s kind of an odd fellow, and we get to see what he’s about in the first scene of the film. He’s a bit “BTK Killer”-ish in his ways. The second main character in Final Caller is Roland Bennett (Douglas Epps), an obnoxious, unlikeable, loud-mouthed radio host who’s in the middle of a rough divorce with his just as obnoxious wife Claire (Jane Plumberg).

From the opening scene, the graphic violence and gore begins with The Outsider playing with a victim while giving a speech as to why he’s doing what he’s doing. The opening credits roll and then we meet Roland, who’s on his way into the studio to start his show. We see that he’s having a bad night, but it’s about to become a lot worse. Roland’s told by his show’s producer Jessica (Rachel Lagen) that the station manager will be listening to the broadcast because there have been too many complaints from listeners coming in. So, the first call of the night comes in…and guess who it’s from? A guy calling himself The Outsider who goes on about Druids and performing human sacrifices to appease the gods, so Roland calls him a nutjob and hangs up on him. Not a good idea. 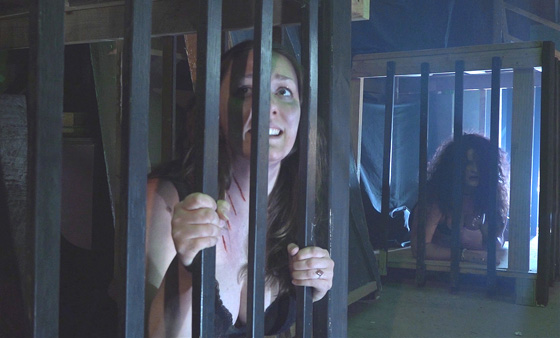 As the night goes on, insanity’s not only taking place over the phone, but Claire decides to show up at the studio with divorce papers in hand and refuses to leave until they’re signed. You must feel bad for poor Roland, at least a little bit. Anyway, things get bloody once the psycho stops calling on the phone and decides to show up at the studio to get his point across. Madness ensues. However, is it only The Outsider that Roland and the others must worry about? You’ll just have to watch and see.

Final Caller is a must-see for fans of B-movies or of Todd Sheets’ films. The gore is over-the-top fun. There are many familiar faces throughout the movie, including Antwoine Steele, Dilynn Fawn Harvey and Julie Anne Prescott. The only complaint I have is that the dialogue is like that of a Rob Zombie movie. I know I drop plenty of expletives in my everyday conversations, but in this movie, it just seems like overkill listening to the characters dropping them like rose petals. Also, the acting is a little flat but not terrible.

If you want to see Final Caller, it’s currently available on digital and DVD.