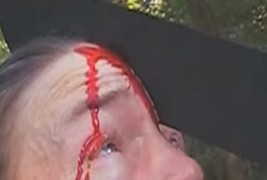 Director Rob Michels’ The Lurking is the latest bit of underground ichor from the Wisconsin-based production company Screaming Like Banshees. This outfit has bestowed consumers of crazy, confrontational, micro-budgeted movies with a sick cinematic smorgasbord over the past couple years (see their contributions to 2014’s deranged Wisconsin-lensed anthology Hole in the Wall). And while The Lurking is a tonal departure from the most recent Screaming Like Banshees output, in that it’s blackly comedic, it is par for the course with its lo-fi, gritty aesthetic and its celebration of sleaze.

The Lurking stars Jason Phelps and Shayne White as a pair of burnouts who spend a day in the Wisconsin woods looking to trip their balls off and hopefully smoke dope, snort a few lines, and drink some brews while they’re at it. As the duo encounters joggers, fishermen, and campers on their quest for chemically induced enlightenment, they’re unaware that these fellow nature enthusiasts are ending up brutally, creatively murdered by a black-clad cretin. As our antiheroes journey deeper into their self-inflicted haze, the maniac in black is zeroing in.

The Lurking is a faithful homage to no-budget slasher fare from 35 years ago. It’s shot on video in a 4:3 aspect ratio and it trots out all the requisite tropes, from illicit drug use to bare tits. However, this isn’t some self-referential, hour-long wink at the audience, but rather an earnest exploitation tale that’s both bleak and intentionally humorous as we spend 24 hours in the woods while the giallo-inspired butcher stalks and stalks. It’s rough. The acting ranges from good to silly. The FX are cheap and a cohesive story is conspicuously absent. But if we’re asking whether or not The Lurking will win any prestigious statues, well, then we’re asking the wrong question. We should be asking whether or not The Lurking is entertaining and the answer is an emphatic yes. 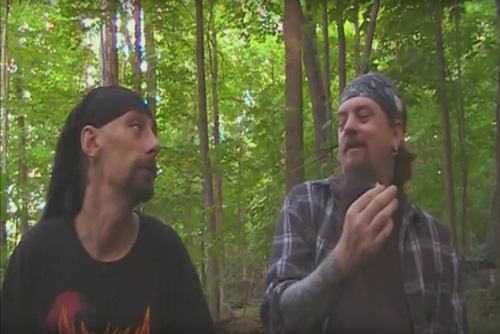 Beyond its function as entertaining sleaze, though, there are some aspects of The Lurking that rise above what the movie clearly aims to be—namely a DIY, backyard indie. Michels’ score is an era-correct synthscape that elicits impending dread and appropriate drug-fueled weirdness. Moreover, the movie’s general sound design is better than one would expect from this type of production, having employed some laudably creative means of dialogue mixing to achieve passable ends. And, as our protagonists get wasted, The Lurking boasts a couple sequences that represent their altered state and subsequent loss of control really well, reminding us that Michels is a talented filmmaker with a dynamic pallet and that his movie’s gutter aesthetic is no mere accident.

If you’re a fan of bizarre cinema, weird movies, sleazy, grimy, and violent slasher mayhem, or you just want to kill an hour staring at your television, then The Lurking satisfies all of it. 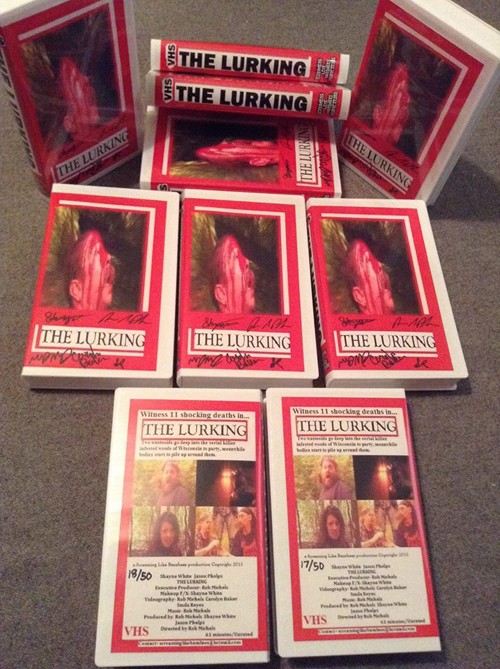