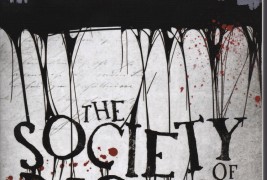 In case the name isn’t immediately familiar to you, Mark Morris has written for and about some of your favorite television shows. The first and most important of these is Doctor Who. Besides scripting episodes, Morris has written numerous audio stories and novels within the Doctor Who universe. He’s also the man responsible for Bay of the Dead, a novel featuring characters from the popular BBC program Torchwood. Morris isn’t just for the British reading public, either. In 2008, Hellboy: All-Seeing Eye was published, thus proving that Morris is capable of dealing with all-American monsters, albeit ones who find themselves stranded in London.

This author of over twenty-five novels was probably born with the dark craft in his bloodstream. According to the few biographical sources that I can find, Morris was born in Bolsover—a small town in the Midlands that gained some bit of infamy recently for being England’s “Satanic capital.” While the number of self-identified Satanists in Bolsover owes more to humor than anything spectral, something certainly rubbed off on Morris. He is an unnaturally good horror writer, after all.

In The Society of Blood, Morris’s latest novel and the second installment in his Obsidian Heart series, crime, time travel, and malevolent societies crash the throwback party. Featuring 21st century ex-convict-turned-psychology professor Alex Locke, who first appeared in last year’s The Wolves of London, The Society of Blood takes place in a Victorian London crawling with both real and imaginative horror. This isn’t the Victorian London of Sherlock Holmes fame, mind you. Morris goes out of his way to depict London in 1895 as “horribly dirty” with filth, rags, and rubbish everywhere. Of course, there is also shit—“dog shit on the pavements, horse shit in the road.” Besides animal excrement, the human population doesn’t smell too rosy, either.

The only thing worse than these olfactory assaults is the culture that produces them. From resistance to gender equality to the unthinking acceptance of class hierarchies, Locke cannot help himself from reaffirming L.P. Hartley’s summation that “The past is a foreign country.” Frankly, Locke’s dim view of the Victorians wears thin very soon. At a certain point, a reader realizes that Locke is decrying the Victorians around him because they have the gall to not act like good, sensitive, and politically correct modern folks. What impudence!

Outside of such historiography, The Society of Blood weaves an entertaining narrative about Locke’s search for the mysterious Obsidian Heart, an item that gives its holder the ability to travel through time. This search takes him to an opium den in Limehouse, where he begins to hear of a shadowy group called the Society of Blood and the Thousand Sorrows. Locke’s quest for the Obsidian Heart is shadowed all along by the Wolves of London—a secret society of supernatural assassins who are also pursuing the Obsidian Heart. While the Wolves of London are the major heavies in the first installment of the Obsidian Heart series, this time around they have company. Because of this, the string of Jack the Ripper-like murders which get the whole ball of Indian rubber rolling could’ve been done by anyone.

The Society of Blood is further proof that Morris and the English generally have a good grasp on the historical-speculative. This novel is not only replete with all the steampunk and horror geek accoutrement that gets most buyers of this type of fiction salivating, but it also maintains a cozy center, with Locke, his fellow 21st century expat Clover, and the cyborg child Hope forming a type of nuclear family within the novel. These are the type of people that you can care about, and as such, The Society of Blood works as a feel-good romp that includes murder, machinations, and a whole lot of huzzahing. 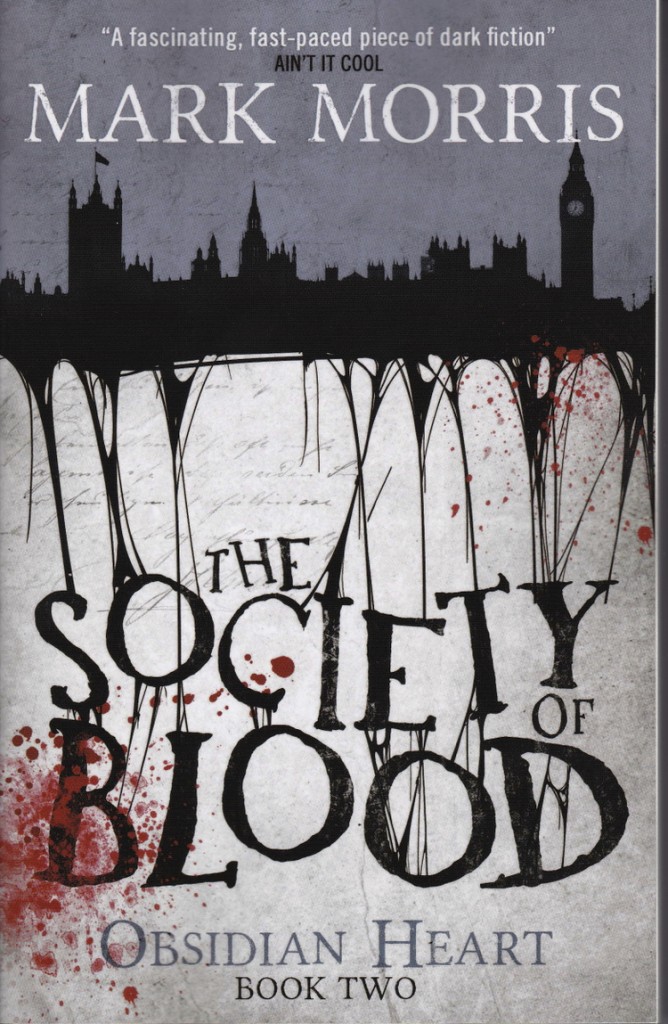