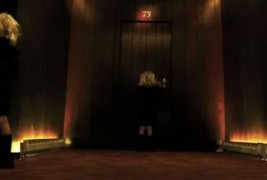 Remember how Star Wars fans felt about Jar Jar Binks? That’s how I feel about American Horror Story. Both represent the same sort of disdain for the source material, but whereas Jar Jar just shat on one franchise, American Horror Story has, for four seasons straight, soiled an entire genre.

Created by Ryan Murphy and Brad Falchuk, AHS is horror-by-numbers, a dingleberry of clichés staler than an M. Night Shyamalan script and twice as pretentious. Despite its title, there’s little story in your average season. Horror tropes older than the Universal monster movies wander on- and off-camera with such frequency that you start to wonder if Murphy and Falchuk realize that just because something is campy doesn’t mean it isn’t irredeemable shit, too. Actors don’t portray characters so much as blood-filled plot nuggets that spatter like paintballs at the whim of the writers rather than any internal script logic. Side plots are allowed to wander off into nothingness, not really resolving but just terminating. I fucking despise this show.

So when I say that the first episode of Hotel was relatively decent, you can take that as great praise coming from this reviewer. The action this season takes place in the Hotel Cortez, a stylishly ominous Art Deco place in downtown L.A. staffed by receptionist Iris (Kathy Bates) and transvestite bellboy Liz Taylor (Denis O’Hare), and home to immortal junkies Sally (the multi-talented Sarah Paulson) and Donovan (Matt Bomer). Into this maelstrom of bloody hedonism wanders Detective John Lowe (Wes Bentley), whose marriage is fraying after the disappearance of his son.

While it’s tough to tell at this point whether the myriad plot threads introduced in the first episode will be wrapped up any more neatly this time around, Hotel is, come what may, visually stunning. With a sumptuously morose palate and strategic use of the fisheye lens, the cinematographers make us feel as if we’re looking out through the peephole of our own room at the Cortez. Likewise, Lady Gaga shows herself to be a capable actress, playing the hotel’s secret mistress, the vampiric Countess Elizabeth, with all the alluring decadence we would expect. Kathy Bates plays another gruff horror matriarch. It’s not new territory for her, but it’s still fun to watch. 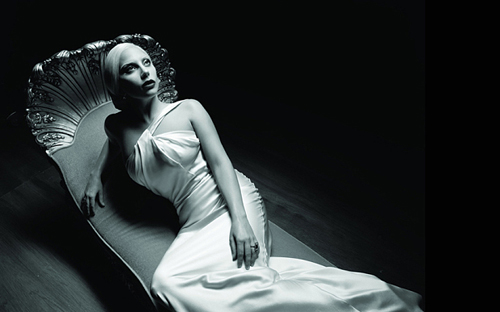 Season 5, like most other seasons of AHS, has already featured a very graphic rape scene. While not as gratuitous as Season 3, in which a character goes from being gang raped in one scene to picking through the corpses of her attackers an hour later to find the best parts to create a zombie boyfriend, it does come from nowhere and is hard to watch. It remains to be seen whether there is justification for such a scene or it’s just another juvenile attempt at shock.

Past seasons of American Horror Story have depended on lavish sets and strong acting to cover glaring faults in writing. It’s tough to say at this point whether Hotel will break that trend and give us a real, solid story to go with the sex and bloodshed. I’ll admit I wanted to hate it, but couldn’t quite bring myself to do so. Maybe it’s that I spent a number of years working in hotels myself. Maybe I’m just getting soft in my old age. Or maybe, just maybe, the drooling squirrels who shat out this turd of a series finally found a nut. As much as it surprises me to say this, Savage Readers, I’ll let you know.