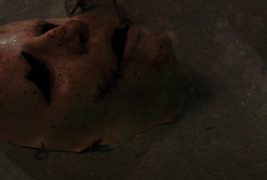 I really don’t know how to start this review off, because I literally don’t know what it was that I just watched. From newcomer writer/director Rony Patel and the folks at Gravitas Ventures comes a completely weird, completely different movie called Chop Chop. Without further ado, buckle up and enjoy this bumpy ride.

Chop Chop starts off like a typical slasher movie. There’s a notice coming over the police radio saying that multiple headless bodies have been found and that there’s a person of interest on the loose, driving around in a red vehicle with a pizza sign on it. Flash forward to a creepy looking pizza delivery guy, apparently named Teddy (David Harper) in frame, walking down the sidewalk with a pizza in one hand and a bag of severed heads in the other. Now, keep in mind that this is one of the only parts of this film that truly makes sense.

Next, we meet a couple named Liv (Atala Arce) and Chuck (Jake Taylor) who are trying to have a romantic evening together. They eat dinner and have a little sexy time and enjoy themselves. That is until the dreaded surprise knock at the door comes. Chuck’s on the toilet with earbuds in during this time, so Liv is the one who winds up answering the door and seeing Teddy standing there. She’s visibly frightened and tells Teddy that she didn’t order a pizza and then shuts and locks the door. Liv looks through the peephole to see if he’s gone, but to her surprise he’s still standing at the door smiling. When she looks through the peephole a second time he’s gone. 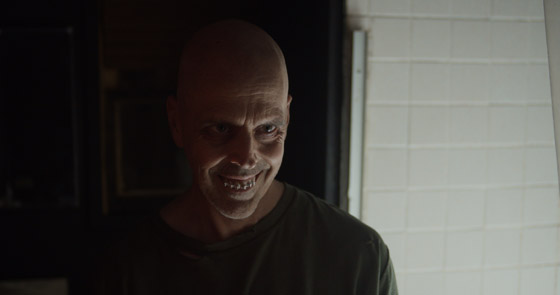 She then notices a note has been slipped underneath the door and after she reads it, she turns to find Teddy sitting on her couch. Teddy says he has “powers” and thus begins a fight between Liv and Teddy, all while Chuck’s still on the shitter with the earbuds in and being oblivious. Eventually, Chuck comes out and helps Liv fight the guy and they wind up killing poor Teddy. However, rather than deciding to call the cops, for whatever reason, the two of them decide to hack up poor Teddy and put him into garbage bags which are thrown into the red pizza car and driven away by Chuck. This is the only other part of the film that really makes sense. From here on out, though, I don’t know what to tell you.

Chop Chop essentially comes off as a mashup of Quentin Tarantino and Rob Zombie. There are absolute homages to both in how the film is stylized and presented. The introduction of characters and/or chapters of the film via title cards is very reminiscent of Pulp Fiction and there are grotesque scenes of torture and gore that look like they’re pulled straight out of any one of Zombie’s works. Odd characters, strange plot twists and just pure weirdness is what Chop Chop is composed of. It’s definitely not a film for everyone, but it is worth a watch just for the experience alone. If you’re curious to see Chop Chop for yourself, it will be available on VOD on October 20. 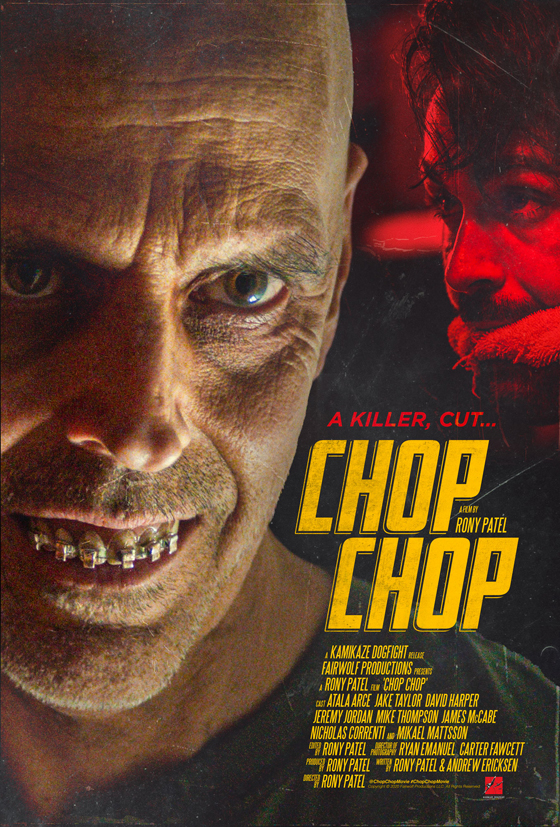