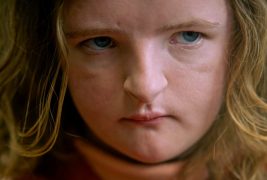 My husband and I decided to take in an afternoon showing of Ari Aster’s Hereditary recently, curious to see if it lived up to the hype of being called the scariest movie ever, or to see if it was deserving of the hate that it’s been getting since its release. Admittedly, the trailers for this film sucked the both of us in immediately with its promise of creepy kids and scary shit happening, plus Toni Collette, whom I’m a huge fan of.  So, what did Hubs and I think of this film? Did it scare us as promised, or did it leave us holding our shaking heads in our hands? Get comfy and kick back while I tell you a little bit about Hereditary. I promise I’ll try to keep this as spoiler-free as humanly possible.

I will tell you right now that Hereditary isn’t at all what you think it will be going in.  Now, it IS a slow burn, as many of you have heard or read people complain about, but I didn’t mind since I absolutely prefer story and character development over instant gratification, as long as the burn pays off in the end. With this film, paying very close attention to everything you see and hear is key because there’s a LOT that can easily be missed. The story is kicked off with the passing of the estranged mother of Annie Graham (played brilliantly by Toni Collette). Annie does the dutiful daughter thing at the funeral by giving a not overly emotional eulogy, where it’s mentioned that her mother was a private woman who had her own private rituals, and how surprised her mother would have been to see so many strange faces present to see her laid to rest. Once Mom is in the ground, we get to see the not-so-functional family dynamic of Annie and her family, made up of daughter Charlie (Milly Shapiro), son Peter (Alex Wolff) and husband Steve (Gabriel Byrne) once they’re back home. The Cleavers, this family clearly is not.

Annie struggles with her emotions as she tries to deal with the loss of her mother. She goes to a grief counseling group to talk about her loss, and as she talks about her mother, it’s revealed that tragedy’s been a kind of constant in Annie’s life for some time. It’s during this time in the film that you’re going to really listen to how Annie describes the events that occurred with her mother, because they play a big part in the final reveal later in the film. Moving on, as for Steve and Annie’s kids, Charlie and Peter, they’re typical, yet awkward in their own right. Peter’s kind of the party kid, he likes his weed and having a good time. Charlie is more of the introverted, creepy-yet-fascinating teenaged girl. From the get-go, it’s obvious that there’s something weird about her, what with her tongue clicking and sleeping in a freezing treehouse. We see that she likes her art and she loves her chocolate. Oh, and there’s her interest in birds, but I digress.

Anyway, so innocently enough, things pick up a bit once Peter asks Annie if he can go to a classmate’s party. She says he can, but he should take Charlie with him so she can be social. At the party, things go as well as they can…until cake becomes involved. Side note here, what’s the deal with cake being evil as of late? If you’ve seen Kevin Hart in Jumanji (2017), you know what I mean. EVIL. Back to the review. Alright, so once things go from okay to bad at the party, they get even worse. By worse, I mean fucking horrible. From this point, Annie, who’s still mentally and emotionally fragile from the loss of her mother, goes even further down the rabbit hole of grief, while her grip on her sanity seemingly also begins to slip. Her not-so-great relationships with her husband and son continue to suffer as Annie tries to come to terms with some of the strange and terrifying things that begin to surface within the home. All isn’t completely lost, or so it’s thought, once Annie’s new, and oddly invested, friend Joan (Ann Dowd) from the grief counseling group offers to help Annie heal the hurt. But, like it’s said, you never really know a person, right? Stranger danger is a real thing, folks.

From this point on, things just get crazy. As in, is Annie crazy? Is the entire family crazy? Is this movie making you crazy? However, if you do what I told you to do earlier and pay attention to all the small things along the way, everything finally makes sense as we get closer to the final scene. If you’re a fan of European-style horror, especially Dario Argento films, you’ll definitely recognize the style of the creepy visuals that begin to pop up here and there as the ending draws closer. You may also appreciate the Rosemary’s Baby feel to the film as it approaches the ending. I know I did.

In wrapping this all up, is Hereditary really a horror movie? In my opinion, it absolutely is. To me, horror is more than a quick fix featuring a killer going around killing people for no real reason other than to just kill them. Horror should not only be disturbing on the visual level, it should also hit you on the mental/emotional levels as well.  Hereditary delivered on all of those. Hubs and I left the theater feeling uncomfortable and uneasy after taking in what we’d just seen, and it made us have a long conversation about the film afterwards. Everything about Hereditary is beautifully done while being disturbing as hell.  Give it a watch in your local theater and let me know if it makes you sleep with the lights on after you see it. As for me, I’m going to go see it a few more times. 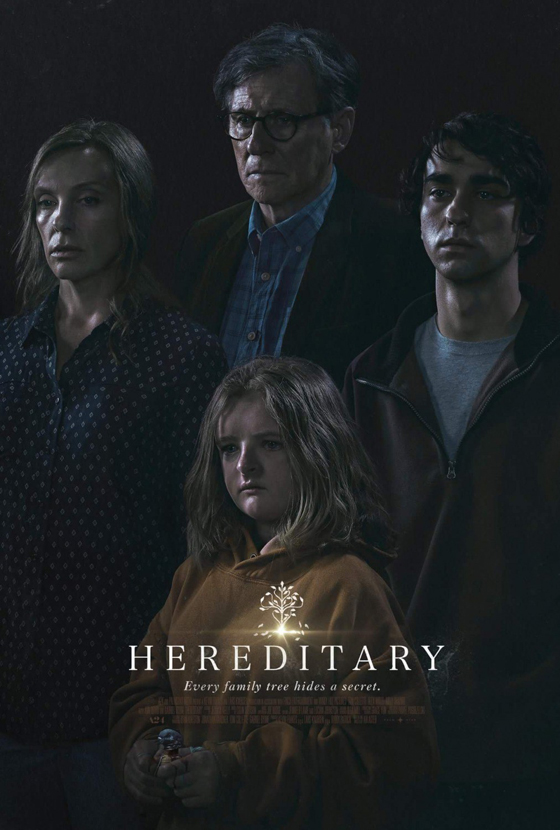 One thought on “Hereditary Movie Review”