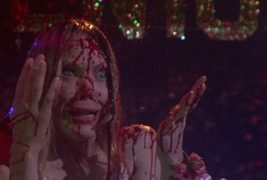 Many of the greatest horror movies have psychic elements. Telepathy, although useful if belonging to good characters, has caused unbelievable havoc when used by the evil characters in these movies. While only some horror movie psychics are evil, almost all are creepy – even if they use their powers for good. It’s a casualty of the job, since being able to see into other people’s minds is inherently creepy. That being said, here are my top-five creepiest psychics in horror cinema.

This diminutive psychic with the unmistakable voice first appeared in 1982’s Poltergeist, a film that horror buffs should know quite well. Poltergeist concerns a family that is terrorized by spirits with very bad intentions. Tangina is hired by the family to communicate with the spirits and rescue their youngest daughter from the spirit dimension. Although she’s one of the heroes of Poltergeist and its sequels, Tangina’s appearance, cadence, and voice have burrowed themselves into the viscera of many viewers, sending a chill up their spines when the movie is evoked.

Thelma is a relatively new addition to the horror canon but one that deserves recognition. The Norwegian film centers on the titular Thelma, a sheltered Christian girl who harbors psychic powers. If you think this sounds similar to another horror movie with the same one-word name as its psychic female protagonist, you’re not wrong. In fact, the movie that you’re thinking of will appear later. Thelma differs for the fact that Thelma’s powers are triggered by deep desires that her religion considers sinful. Little by little, the movie reveals how these desires resulted in familial tragedies that Thelma has repressed. What’s scarier than a psychic with repressed feelings? 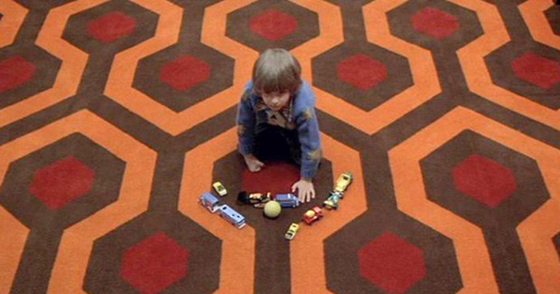 Danny Torrance, as most of you should know, is the little boy from The Shining whose psychic power gives the film its name. It is Dick Hallorann, head chef of the Overlook Hotel where Danny is staying with his parents as winter caretakers, who recognizes Danny’s clairvoyance as the same one that he possesses. Danny’s power allows him to see into the hotel’s troubled past and causes him to do all kinds of strange things. These include talking to an imaginary friend that lives in his mouth, chanting “redrum,” and scrawling the word on his mother’s door while wielding a knife. The hotel, in combination with Danny’s behavior, also takes a toll on his father Jack, who snaps on the family. Because a snowstorm blocks the hotel from outside communication, Danny can’t use his psychic powers over the phone, so he channels “the shining” to call Dick for help. Things don’t end well for Dick, but they do end a little better for creepy Danny.

Here’s the one you’ve all been waiting for. Carrie is about Carrie White, a high school student who’s bullied by her peers, ignored by her teachers, and abused by her religious zealot mother. But Carrie has a secret: she is endowed with powerful psychic abilities. Over the course of the movie she breaks a light bulb, flips an ash tray, shatters a mirror, and makes a kid fall off his bike – all with her mind. Although Carrie’s creepiness is easier to sympathize with than that of other psychic characters, by the end of the film it’s overwhelming. No more will be said in case some readers haven’t seen Carrie, but the climax cements Carrie as one of the scariest psychic protagonists. 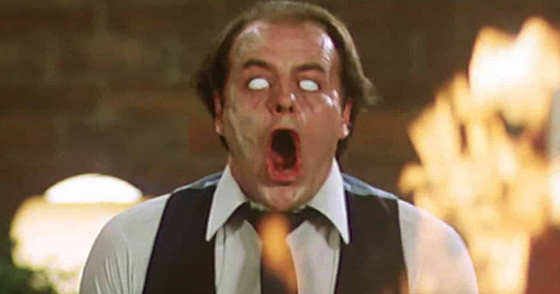 Scanners is a movie all about psychics being used as weapons, so it makes sense that a weaponized psychic would have a high “creep” factor. Darryl Revok, the film’s principal antagonist, has the psychic creep factor plus the creep factor of just being a really weird guy. Darryl is a powerful “scanner” (a person with psychic abilities) who wages a personal war against the company that is trying to weaponize him and his compatriots. Beyond that, Darryl wants to take over the world. There are few things more unsettling than a world run by a person who can liquify heads with their mind.

Psychic powers are possessed by many horror movie characters. Most of them are creepy, but some are really creepy. Tangina from Poltergeist, Thelma from Thelma, Danny from The Shining, Carrie from Carrie, and Darryl from Scanners make up my creepy psychic all-star team.