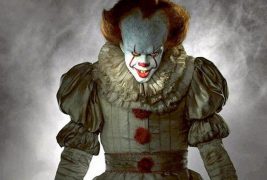 After over a year of excited chatter, creepy trailers and unsettling mini-clips released all over social media, the day has finally come. IT has arrived.

By now, everyone who has any interest in seeing the film knows the story even if they haven’t read the classic Stephen King novel.  A group of young teens are terrorized by an evil entity, known as It, which does most of its tormenting in the form of Pennywise the Dancing Clown.

It is the root of all evil, having cast a black cloud over Derry, Maine since the beginning of the town.

From the mysterious disappearance of a group of settlers to a horrific explosion that saw dozens upon dozens of people, mostly children, killed, all the way to a brutal massacre fueled by racism in the 1960s, Derry’s sewers have run red every twenty-seven years since the first settlers set foot on the soil.

The film is set in 1988 and 1989, and we meet “The Losers’ Club,” a truly likeable group of kids who come from different upbringings, but all have one thing in common: They are gold-hearted outcasts and target practice for bullies.  Following the violent death of young Georgie Denbrough, the group bands together to not only learn about the grisly history of their hometown and come face-to-face with It, but kill it once and for all.

Bill Denbrough, older brother of Georgie, is played by Jaeden Lieberher.  If the character of Bill were literally torn from the pages of King’s epic novel, Jaeden Lieberher would be staring you right in the eyes. From his speech impediment to his fierce determination to destroy the monster that killed his brother, Lieberher embodies the character perfectly.

Richie Tozier, the foul-mouthed and wise-cracking joker of the bunch, is played by Stranger Things’s Finn Wolfhard.  Some of the best dialogue in the film is the banter Richie shares with Eddie Kaspbrak, the hypochondriac played marvelously by Jack Dylan Grazer.  These two steal more than a few scenes.

The soft-spoken Stanley Uris (Wyatt Oleff) rounds out the original quartet and provides levity to the bunch.

If there’s one character besides Pennywise that absolutely owns this film, it’s Lillis’s Bev Marsh.  In a day and age when strong female characters are finally getting their chance to be the motor that drives a film, Bev Marsh fits right alongside the best of them. Lillis is a name to remember—this will not be the last you see of someone who is fully capable of being a leader in the next generation of powerhouse actresses.

Of course, for this movie to succeed, it needed a no-holds-barred, incredible performance by Bill Skarsgard, tasked with donning the clown make-up. With so many people openly skeptical that Tim Curry’s performance from the 1990 mini-series could never be topped, take comfort in knowing two things.  One, Skarsgard takes the role of Pennywise and completely makes it his own.  It’s a deliciously wicked blend of psychotic murderer and ravenous predator that is going to be hard to forget.  Two, and bust out the flame throwers if you must, but Skarsgard’s Pennywise is superior to Curry’s.  This opinion of mine has nothing to do with film budget, the era in which the movie was created, or either actor’s status within the industry.  It has everything to do with fully encompassing the entity from the source material.  Save for an awkward dance routine towards the end of this film, there is absolutely nothing funny about Skargard’s Pennywise.  Those whispers you may have heard about Skarsgard tapping into the mindset Heath Ledger dove into for the Joker?  Yep, it’s legit. 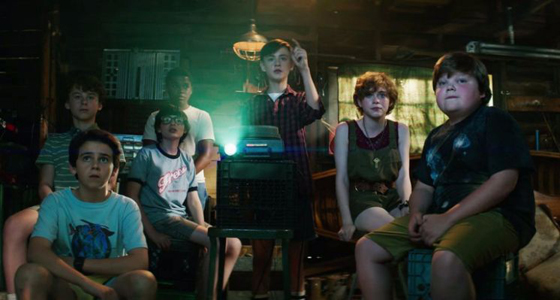 Having hit the jackpot with its Pennywise adaptation, the other part of the formula that is needed for IT to truly work is that The Losers’ Club must be fleshed out enough to be the core of the film.  Once again, mission accomplished here.

Not only is each individual Loser given enough back story to earn them empathy from the audience, but the movie really gets its heartbeat when we see the group band together to fight the evil that has taken over their lives.  For as many jump scares and moments of visual gore as there is in this movie, there’s just as much heart.  Like the book, the core of 2017’s IT is a beautiful tale of growing up and a nostalgic look back on what it means to find true friendship.

Excitement for this project reached a fever pitch when it was announced that the film would be rated R.  The source material certainly deserves the rating and so does this picture.  Whether it’s the foul language thrown around by our protagonists or the brutal violence handed down by our antagonist, IT is a tried and true hard-R horror flick.

Director Andy Muschietti has never minced words when it came to this project.  It was a labor of passionate love, a film he absolutely refused to do half-assed.  This would not be a watered-down version of the novel nor would it shy away from the ugly humanity featured in the book (good luck finding a sleazier character than Mr. Marsh, who was brought to life with skin-crawling accuracy by Stephen Bogaert).  The characters are rich and easy to relate to.  You genuinely love the Losers, groan when Henry Bowers (Nicholas Hamilton nails the role) and his gang shows up, and despise Pennywise.

The musical score provided by Benjamin Wallfisch really creates an unnerving atmosphere throughout the film.  As someone who has major love for soundtracks in horror films, Wallfisch strikes all the right chords here.

The writing trio of Chase Palmer, Cary Fukunaga (who got a writing credit for basically providing the first draft of this script after he bowed out as director) and Gary Dauberman take King’s tale and transform it into a captivating 135 minutes of dread and timely comedic relief.  If you are a fan of King’s work, you know how difficult it can be for a film to properly adapt one of his novels.

For the sake of avoiding being called a King homer or an ignorant horror fan, I will say that there were two moments in the film I wasn’t a huge fan of.  I won’t spoil anything here but I can say that they lasted a whole twenty seconds of film time.  So, in this writer’s mind, literally 99.9% of this film is downright fantastic.  It is everything you’d want from a horror film and everything you deserve if you are a Constant Reader of Stephen King’s.  I absolutely loved this movie.

Twenty-seven years after Pennywise scared a generation on the small screen, IT is back and hits on all cylinders on the big screen, ready to feast on the fears of a whole new generation. 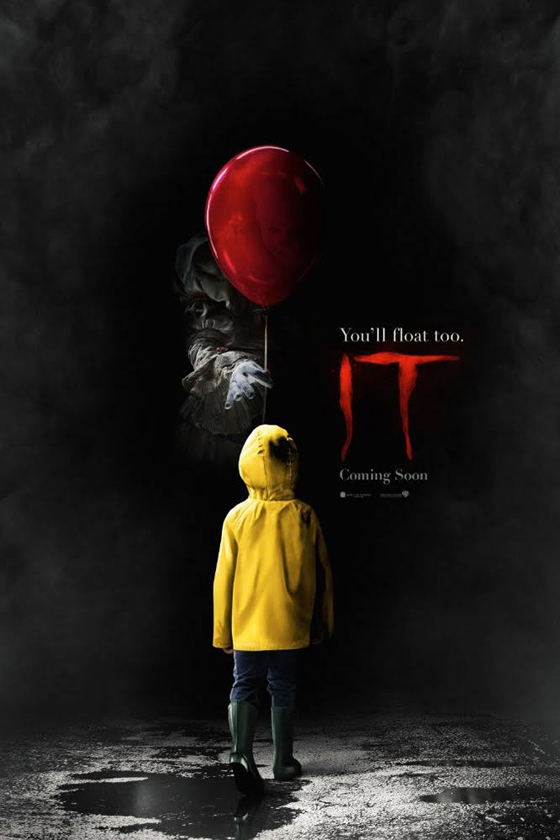 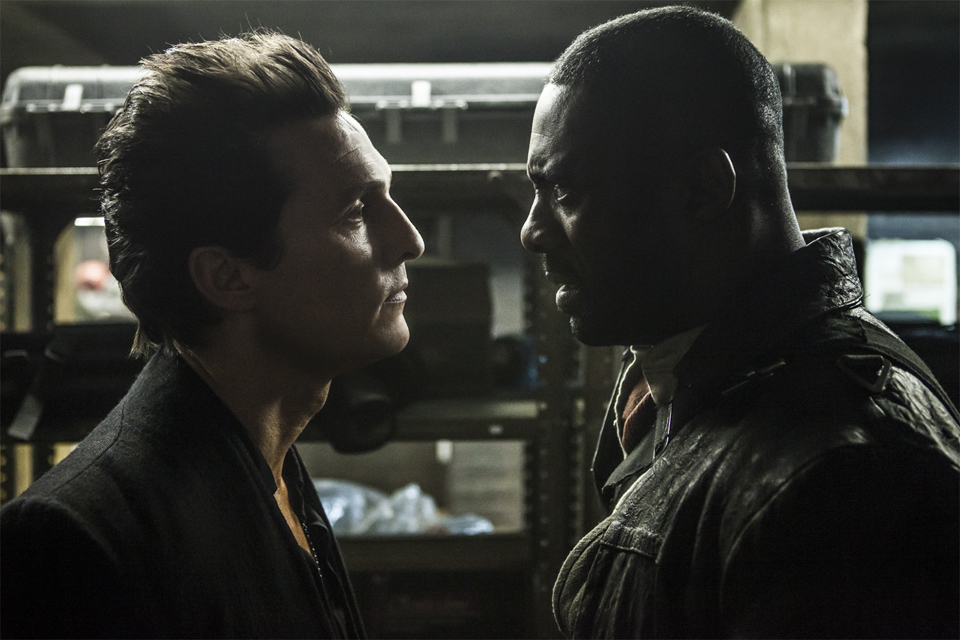 2 thoughts on “IT Movie Review”