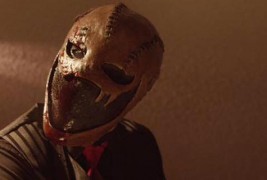 I’m at a loss for words. There are only so many synonyms for “bad.”

The Laughing Mask, directed by Michael Aguiar and a cast that should seek refuge in the witness protection program, is such a mess of a movie that it hardly qualifies as cinematic. It’s so disjointed and disastrous as to be, uh, laughably bad. (Sorry, that pun is awful, too, but simply unavoidable.)

The storyline is boilerplate slasher 101: Sicko serial killer with a penchant for torture is pursued by police and a man whose wife and daughter are among the victims. That man, author Jake Johnson (John Hardy), has decided to make himself a target, to the consternation of homicide detective Katherine “Red” O’Malley, played by Sheyenne Rivers with all the subtlety of a chainsaw. Speaking of which that’s but one tool our psycho killer employs in the mutilation of his victims. But more on that later.

Anyway, Red has one of the more prophetic lines in a horrible script, referring to the kind of awful wisecrack you’d hear in – and I quote – “a crappy movie.” Then, of course, she uses the line. Apropos!

She also has an initial encounter with Mr. Laughing Mask, but emerges unscathed when he flees the scene. Later, she‘s asked why she didn‘t kill him and says, “I shot at him a couple times.” Well, no she didn‘t. Mask flees, she pulls out phone, calls for backup. Cut! Print!

It all plays to how horribly edited this is. It’s so bad – at least in the screener copy I watched – that the audio goes in and out of sync several times in the first 30 or 40 minutes.

The movie meanders along with a kill here, a kill there, cop talk, more splatter, more blather, a gratuitously bare breast or two, the obligatory twist … and then, after what seems like six or seven hours, sweet relief – the “credits.” Hack, cough.

OK, back to those implements of torture. Yes, every horror auteur practices a bit of one-upmanship when it comes to novel killings. But in The Laughing Mask, one of our killer’s tools is some kind of fish tank that encloses a woman in a mermaid suit!?! It’s bad enough that the openings on the top of the tank are sufficiently large enough she could have crawled out at anytime, but it’s what he does next that simply astounds: He drops what I suppose is a piranha in the tank. Our mermaid, I‘d like to add, somehow screams while underwater as the obviously dead fish floats harmlessly to the bottom. Cut! Print! And so much for the “no animals were harmed in the making of …”

There’s also one actress who plays a police photographer or coroner or – I don’t know, your guess is as good as mine – who shows a fleeting flash of talent. Certainly not with the lousy dialogue, but with a well-honed smirk. “A paycheck for this dreck?” she must be thinking.

Finally, the mask itself is pretty cool. Cool enough that I found myself rooting for our psychotic friend if only to get that bad acting, bad dialogue, bad music and bad editing off the screen. 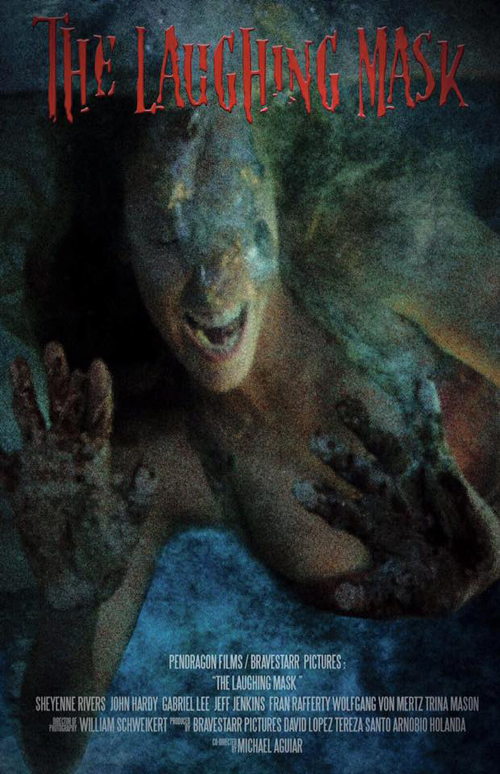