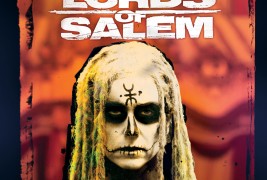 The Lords of Salem written and directed by Rob Zombie came and went from select theatres in the blink of an eye, never coming close to a major release.  I caught up with it after being dumped to DVD/Blu-Ray with little marketing and the sole feature being an audio commentary by Zombie.  I follow horror stuff pretty closely and even I missed it for a month.

Rob Zombie is a divisive figure in the horror community so I feel the need to come clean about how I feel about him.  I’m not a fan of his music, but I won’t bitch if someone wants to play his stuff.  I found House of 1,000 Corpses tedious.  I thought there were some decent ideas in his Halloween films, but they just did not come together well enough.  Honestly the project of his I enjoyed the most was The Haunted World of El Super Beasto, which leads directly to the disappointing The Lords of Salem.

Rob Zombie’s The Lords of Salem is an uneven picture that hypnotizes you before leaving you feeling like you just wasted 90 minutes of your life even while Zombie’s shot composition and camera movements are phenomenal, and his editing shows great skill and dedication.

The plot of the film follows Heidi (Sherri Moon Zombie) as she descends into madness after hearing a record play, that doesn’t affect anyone else.  Oh— and her building is also haunted, and a bunch of other random crap that’s designed to move the plot along for 90 minutes toward what Zombie felt was a cool ending.

Sherri Moon Zombie performs fine, but her limited range with Zombie’s trademark poor dialogue leaves a very much undeveloped protagonist.  Supporting Sherri Moon is a smorgasbord of genre favorites including Ken Foree, Dee Walace, and Sid Haig among others, and we’re supposed to recognize them more than anything else.  Get it?  It’s for the fans.

This is also a film set in the present day, which is why everyone plays vinyl records, including small indie bands that cut their albums that way.  The TVs in the background are constantly showing old horror flicks for no apparent reason.  I’m sure they are showing some of Zombie’s favorite old movies but there is no reason for them here.  Maybe if it was just one character that had this accompaniment, but as is it’s just distracting.

Zombie does establish a quiet eerie atmosphere early on, but this is squandered on a nearly impossible to follow script.  Even the narration at the end wrapping everything up is convoluted and feels tacked on by Zombie specifically in case people couldn’t follow his story.  I gleaned this insight from the audio commentary, and in a telling moment still he has to explain what’s going on, even with the addition of the narration.   Other insights into Zombie’s process include giving a character a pet dog to help develop her.  This should help illustrate how little he develops his characters the old fashioned way (competent storytelling).

While the script has a few cool ideas, they are wasted and poorly developed.  What’s left in the end is a very well-shot, well-edited mess of a film that makes little to no sense.  I really do think Zombie has the potential to make a great horror film; he just needs to hire a writer to take his outline and improve on his ideas. 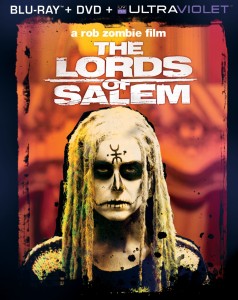